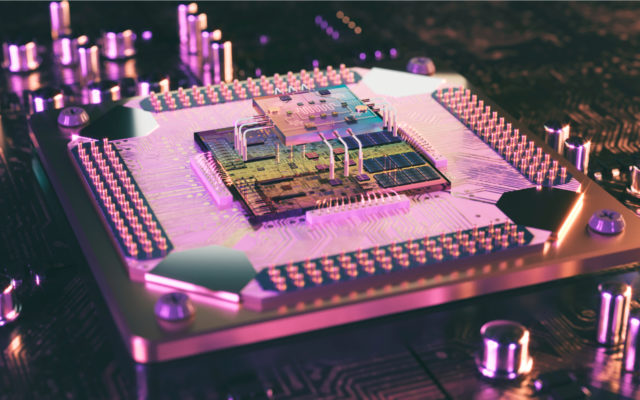 Less than 3 million Bitcoin (BTC) remain to be mined, with the process expected to take around 121 years. Some allege however, that Google’s quantum computer, Sycamore, could do it in “less than 2 seconds”. But is that really possible?

One Computer to Rule Them All

Despite having the most difficult network to mine, Bitcoin (BTC) could have met its match in the face of the Google’s quantum processor, Sycamore. According to one medium post, the device has enough computational power to mine all the remaining BTC in less than two seconds.

A back-of-the-envelope calculation in a Medium blog, shows how the production of 10-minute blocks was calculated for the raw power of Sycamore. The estimation suggested that the quantum computer could mine all remaining 3 million BTC in the blink of an eye.

While this might be true, it is highly unlikely that Google will use a fragile device still operating in laboratory conditions. Still, the power of quantum computing is so fast, that it can outcompete all current miners with an astronomically faster rate.

There are, however, a couple of errors in the author’s estimation. He calculated that 1 BTC is produced every 10 minutes – when in reality there are 12.5 BTC generated in each block. This would complicate the calculation somewhat.

And the calculation does not take into account the difficulty readjustment, happening every 2016 blocks. So if the quantum computer mined 2016 blocks in a zip, it may be too good for its own computation. The next difficulty would have to be so high that even a quantum computer would be slowed down to 10-minute blocks.

Of course, no one has tested whether such a difficulty level would be possible. But simply putting a very powerful computer on the network would not be as seamless as one might expect. And then, there would be the issue of actually propagating all those blocks. A quantum computer would likely be too fast to actually include transactions in those blocks.

Google’s Sycamore Could Freeze the Network

Recently, Vitalik Buterin also mentioned that Google’s quantum computer is not really a threat to crypto coins. He stated the device is just a proof of concept, and will not threaten the current encryption technology.

My one-sentence impression of recent quantum supremacy stuff so far is that it is to real quantum computing what hydrogen bombs are to nuclear fusion. Proof that a phenomenon and the capability to extract power from it exist, but still far from directed use toward useful things.

But there is one opportunity for quantum computing. Touching the Bitcoin network would almost certainly be a touch of death. Even if a quantum computer mined merely 2016 blocks, in theory this would raise the difficulty so high that regular mining equipment would take an impossibly long time to create another 2016 blocks and reduce difficulty.

In a recent Q&A, Andreas Antonopolous also addressed the concerns of Google’s new quantum processor on the crypto mining industry; stating that the potentially damaging application of Sycamore does not just apply to Bitcoin’s system, but to every system in the world.

The problem isn’t really Bitcoin. If we get quantum computers that can do thousands of qubits without a correction and consistent results, we have a much bigger problem. The bigger problem we have is that the entire world’s classified communications, confidential communications, financial systems etc, all depend on cryptography today. We would need to update all of that to make it quantum resistant

His advice to everyone, “Keep calm, carry on”.

What do you think about the threat of quantum computing? Share your thoughts in the comments section below!