A stop loss order is an order to close a position at a certain price point/percentage in order to limit one’s losses.

As the name suggests, one uses a stop in order to limit one’s losses where a trade idea is unsuccessful. Using a stop loss is an important pillar of risk management. This is why any (sensible) book, webinar, mentorship, guru, and so on will emphasise the importance of using a stop when trading. Somewhat paradoxically, poor stop placement and management can cost you a lot of money.

​We’ve all been there: a candle wick triggers your stop, knocks you out of a trade, and price proceeds to hit your exact target but without you on board.

​In this article, I’ll cover five common errors pertaining to stop placement and management to avoid (in no particular order). 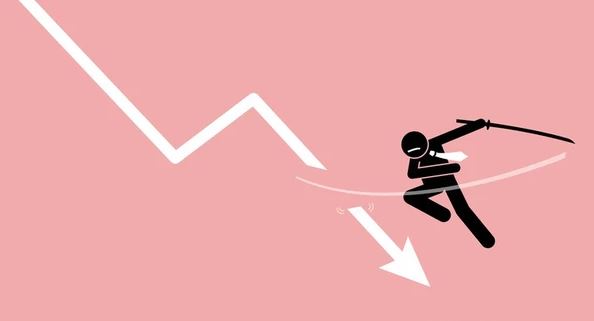 1. Not Determining your Stop Placement in Advance

You should know where your stop is going to be before you open a trade. The same goes for your entry and target(s).

​As soon as the trade is live and you’re seeing your p&l fluctuate, you’ll find every single reason in existence to stay in the market. The benefit of ascertaining your stop before you open a trade is that it removes any emotions from the decision, because you haven’t yet risked any of your capital. You’re simply looking at a chart.

Additionally, if you don’t have a predetermined stop and the market starts moving against you with the full threatening force of big, scary Japanese candlesticks, there’s a much higher likelihood that you market puke the position without considering whether your trade idea has actually been invalidated.

There’s no point ‘winging’ your stop — decide where you’re wrong before you open a position.

2. Placing your Stop Based on Arbitrary Numbers

While it’d be very convenient if there were some magic number or equation one could apply to get pristine stop placement, no such thing exists (to my knowledge).

Therefore, when it comes to deciding where to place your stop loss, that decision should be predicated on technical analysis. Stop placement should not be predicated on some magic price level which meets a certain percentage or gives you your desired R:R. The market doesn’t care for that.

Most people would agree that one’s stop should be based on technicals, yet happily move their stop to break even/marginal profit if it moves in their favour. This is contradictory. Moving your stop to break even/marginal profit is similar to calculating your stop placement based on arbitrary numbers (the argument preceding this one). The market doesn’t care where you entered and where you’re break even.

The moment you arbitrarily move your stop to be “safe” you also abandon a technical-based approach to the position (unless, of course, your break even happens to coincide with a technically significant level).

Why would you abandon or alter your trade idea simply because it locks in a break even/slight profit? The question to ask yourself is this: if I didn’t have a position, and price moved to my break even/marginal profit stop, would I consider that to be a key area/invalidation level?

If the answer is a resounding no (as it often is) then you have just demonstrated that getting out of the trade at that point is an arbitrary decision.

Instead, your stop loss should go where you’re decisively wrong on your trade idea.

If you’re making an entry, you should be able to point and tell me “if price goes above/below X, then my reasons for entering the trade will have been disproved by the market and then I am almost certainly wrong on my idea”.

If you can’t do that, you probably shouldn’t be taking an entry.

Stick to your guns, believe in your original trading plan, and let the market prove to you that you’re wrong by hitting your original stop loss if it moves against you.

Unthinkingly moving to break even all the time is lazy trading and effectively abandoning your own technical analysis.

4. Setting your Stop at Pockets of Liquidity

There are certain price structures that are regularly raided for liquidity before the market reverses. In order to gain an understanding of how order flow, liquidity, and all that fun stuff operates in markets, I humbly suggest watching my video on order flow. The summary is this: avoid placing your stop loss directly above/below: key swing highs/lows and clean equal highs/lows, because there is a good chance the market will trade through them before reversing. You can do this exercise yourself: open a price chart of the market(s) you trade and mark out the key swing points, range high/lows, and clean equal highs/lows. In most cases you’ll see that price has a tendency to trade through those structures before moving in the opposite direction. Traders with stops above/below such structures get knocked out of their positions before the market continues in their expected direction without them. 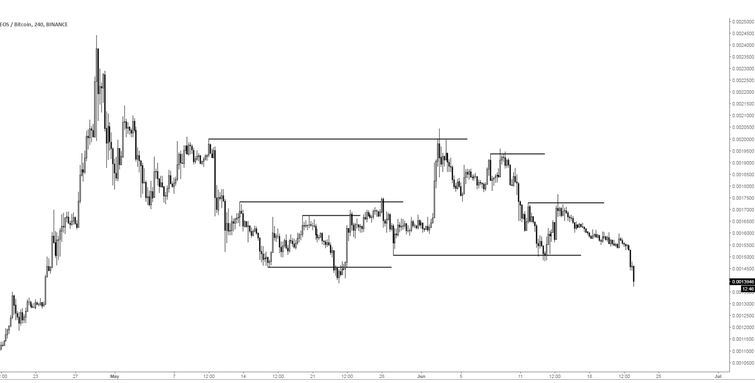 How do you protect yourself from being hunted?

​There’s no easy way to do it, which is part of the reason it’s so effective in every market. This is especially true if you mostly use self-executing orders and you’re not at your screen watching price as it comes into those key areas. The tip can be summarised thus: don’t place your stop in really obvious places.

Deep and obvious swing points, range boundaries, and equal wicks stand out like a sore thumb, and that is why they’re often targeted during runs on liquidity — because it is tempting to use them as a reference point when leaving orders in the market. So, the least you can do for yourself is to leave some space between your stop and one of the aforementioned structures, to allow price to wick through the high/low without knocking you out alongside it.

Give it some breathing room (especially if your market spikes often) and certainly avoid, where possible, leaving your stop right on top/under an alluring wick.

As mentioned, the purpose of a stop is to protect your account if your trade idea is incorrect. However, once the market proves to you that your trade idea may be accurate as it moves in the expected direction, your stop can be used protectively to maintain a good R:R as price heads towards target.

Wait, Cred. Isn’t that a contradiction? You’ve just told me to trust my stop and that I’m an asshole if I move it, and now you’re telling me to move it? Yes I am, and there’s no contradiction.

If you blindly move your stop to break even/marginal profit as soon as you can, that’s an arbitrary decision which isn’t based on technicals or the market proving anything to you. If you move your stop as the market proves that it’s moving in the expected direction e.g. as it starts to break down, that’s a decision based on technicals and a way to maintain a good R:R as price heads towards your target.

The difference should be clear. The former is an emotional decision to feel “safe”. The latter is taking active measures based on technicals to maintain a good R:R as price moves towards target.

For example: it is common to start moving one’s stop after a thrust move/momentum candle in the expected direction in acknowledgement that buyers/sellers have stepped in at that area, and that price has no real reason to go back below/above it. This is quite different from moving to a break even/marginal profit stop as soon as price moves away from entry.

So let’s get to the substance. By moving your stop I mean moving it stop up (if you’re long)/down (if you’re short) as price makes its way to your target. The reason for doing so is relatively simple: the market has no obligation to hit your exact target for the trade, and by moving your stop you preclude a winning trade from turning into a break even or losing one.​​

Take the example above.

When entering the outlined trade, you have an R:R of 2:1 (or 2R). As price starts to break down, let’s assume you move your stop to break even/marginal profit to be “safe”. Price comes close to your target , but you don’t get filled and it starts reversing (blue circle). At that point (blue circle area), you can recalculate your R:R to see if it is at least reasonable.

There is no such thing as a free trade — that’s simply money you’re giving back to the market. Just like before, the market has no obligation to hit your target. Moving your stop is how you still make money even if your target selection is imperfect, as will often be the case.

Don’t be arrogant — it’s foolish to let a good trade turn into a break even just because you were waiting for your exact target. The market owes you nothing, and it doesn’t care where your exact target is. Be dynamic with your stops as the trade progresses, maintain a reasonable R:R throughout the trade, and you can still make money without timing the exact point where the market turns.

You can learn more about evolving R here.

Thanks for making it this far! I hope you learned something new and feel more confident using stop losses. If there’s a recurring theme throughout all the points, it’s that the market owes you nothing.

That being said, with prudent risk management and judicious use of a stop loss, you can trade profitably without needing to be accurate to the penny every single trade. I have a video on risk management basics for more information, check it out here.​

How To Navigate The Crypto Market Cycle

What Is Market Structure

How to use Stop Losses

The Market Cycle Wear No Clothes

From Politics to Crypto: The BTC Journey of Craig Bergman

Stablecoins, CBDCs Will Boost the Usage of Bitcoin (BTC) & Crypto