Crypto exchanges hold 7.3% of Bitcoin’s circulating supply of 18.752 million. This amount of Bitcoin on exchanges wallets translates to roughly 1,533,235 BTC.

The aforementioned data on Bitcoin was compiled and shared by the team at CryptoRank platform through the following infographic. 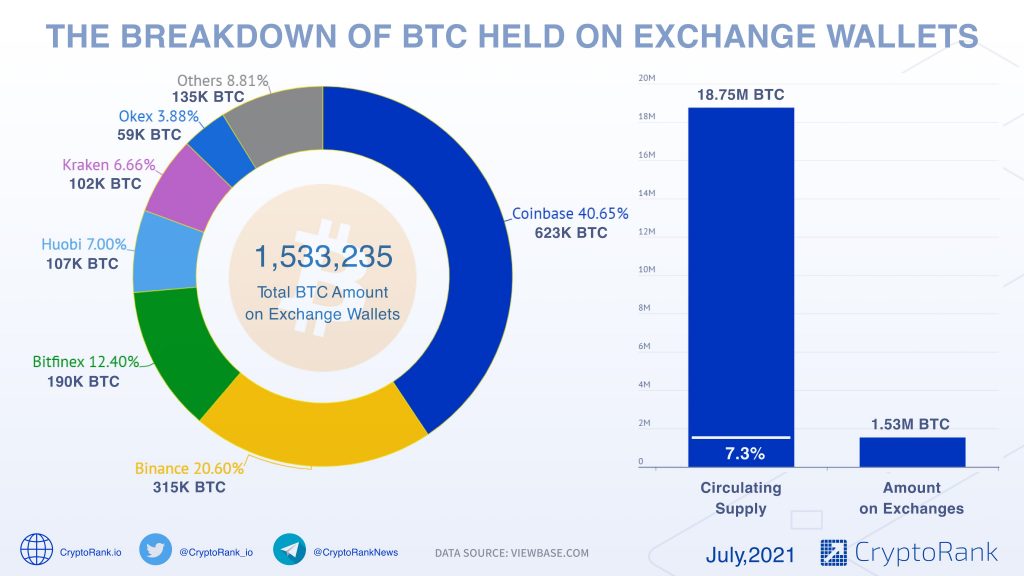 Bitcoin Outflows from Exchanges Have Resumed At a Steady Pace

In a similar analysis regarding Bitcoin on crypto exchanges, the team at Glassnode has identified that outflows from these platforms have started to show signs of life since the market sell-off of late June.

According to their analysis, 28% of the Bitcoin sent to exchanges since then, has already been withdrawn by holders as explained in the following statement and accompanying chart.

Bitcoin exchange balances have started to show signs of sustained outflows since the sell-off on 22-June. From the 2021 lows, ~140k $BTC were deposited to exchanges.

Over the last three weeks, approx 40k $BTC have been withdrawn, 28% of what came in. 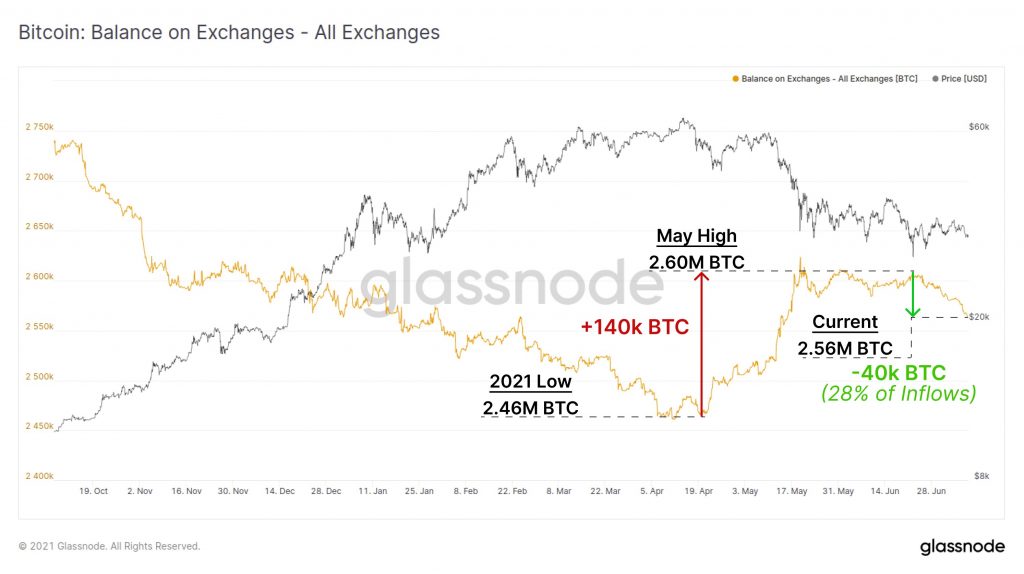 From the above two facts of the percentage of Bitcoin held on exchanges and the outflows leaving the same platforms, it can be loosely concluded that there is a good amount of BTC investors accumulating the digital asset. This is despite the uncertain short-term Bitcoin price action between $40k and $30k.

Consequently, another loose conclusion can be made that the same investors view Bitcoin’s current price levels as being stable enough to offer a good support zone.

However, caution is advised trading Bitcoin based on the above information as BTC is still in bearish territory as it is still trading below the 50-day, 100-day and 200-day moving averages.

Is Bitcoin Becoming a Macro Asset? Trading in Tandem With Gold and Oil

Grayscale: The Bitcoin Price Is Going to Surge Again Soon

Mark Mobius: Blockchain Isn’t as Safe as We Think

The US Bests China as the World’s Biggest BTC Miner