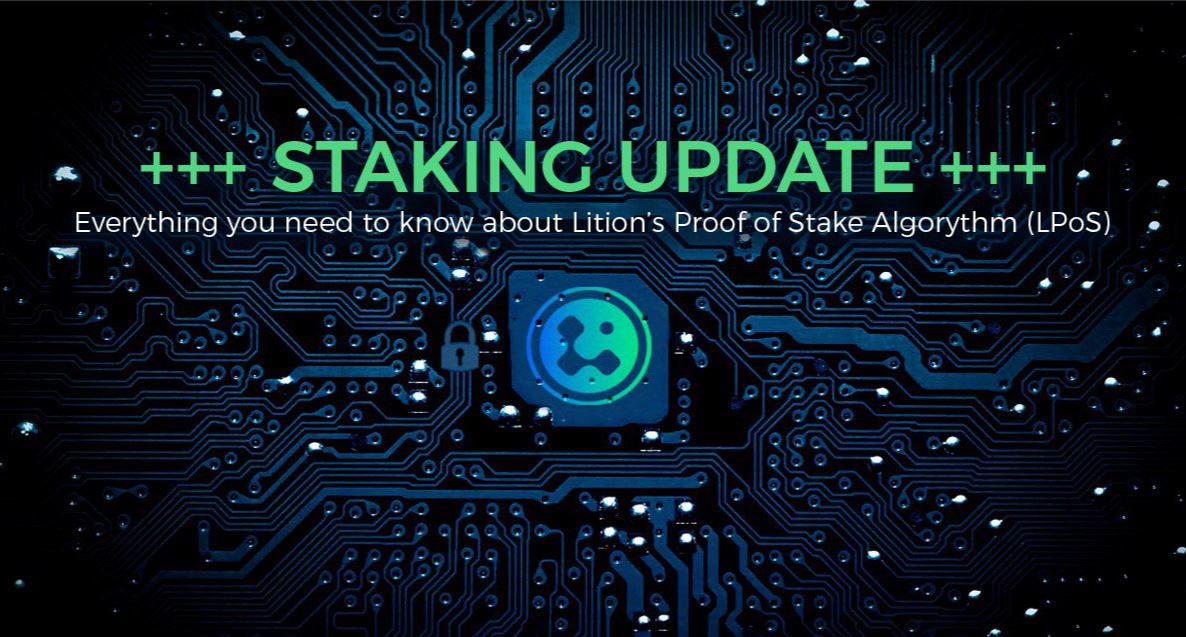 As we are slowly but surely approaching Lition’s Mainnet launch, we felt the need to clarify once and for all the dynamics of staking tokens as support to our consensus layer.

As stated in our White Paper, we are using a custom Lition Proof of Stake consensus algorithm (LPoS) which integrates the staking concept into the Byzantine fault tolerance (BTF) algorithm. Everyone is eligible to be part of the network of nodes which are needed to make sure that transactions or smart contract interactions are correctly propagated through the whole network. Everybody who possesses enough LIT tokens and the required soft- and hardware can participate in the validation system.

Once our mainnet is live at the end of Q3 2019, everyone will be able to download and install a on Linux dedicated software that functions as a gateway for your own Lition node! Once launched, the user needs to define parameters that will design his unique staking set up:

a) Amount of LIT tokens to stake.
b) Which sidechain the user would like to join.

The minimum amount of tokens that you need to own to stake for a given network is decided by the sidechain owner, and defaults to 1000 LIT. Depending on the security level and the strategic interpretation of the dApp or business owner this number can change. The initial use cases from Lition will use 1000 LIT for the Energy Use case, and 10.000 LIT for the banking use case due to higher security constraints.

The issuer can also create and maintain a whitelist of allowed validators, limit the total number of active validators, and more. This approach provides great flexibility in deploying public, consortium or fully private sidechains.

Each voting period, all participating validators in the sidechain sign a block with their private key. In return for the processing power provided, the transaction costs incurred during a notarization window (time between anchoring of sidechains to the mainnet) are distributed to the nodes based on the LIT tokens they staked.

The distribution favors large LIT deposits, as the likelihood of signing erroneous blocks as an attack vector is lower given the higher value at stake. Lition sidechains therefore double the relative payout if more than 50.000 LIT have been staked. We then call them “Trust Nodes”, indicating that they will lose a lot of tokens should they misuse the trust the network gives to them.

This is accordingly illustrated by the following image at a sidechain assuming transaction costs of 1.000 LIT per hour, which comes down to 10.000 transactions at a LIT price of 0.1$:

For the initial testing phase, everyone can become a Trust Node, it is however possible that in the future the Lition foundation will limit the amount of users that can become Trust Nodes.

The low entry barrier of 1000 LIT is designed for easy set-up of sidechains enabling quick adoption for real-life use cases. It is also great for technical LIT holders that want to support adoption of our blockchain and provide their node for this.

However, many LIT holders would like to stake their tokens, but do not want to operate a sidechain node and validate blocks. After all, this provides a stable internet connection and solid processing power, as outlined later in this article. For this, Lition is creating a pool in which LIT token holders can transfer their tokens to, and benefit from higher staking rewards. To benefit from the pooling service, the user needs to commit for 1/3/6 or 12 Months. Depending on the commitments length staker will earn respectively x1.2/x1.4/x1.6 or x1.8 compered to a Normal Node. We believe this is the best solutions for LIT token holders that want to support the blockchain with their tokens, but don’t want to have the technical hurdle of setting up and maintaining a network node. This is further detailed below in the “LPS” chapter.

Depending on the nature of a given use-case, a different number of transactions would be needed every day. For simplicity, the table below uses an average daily transaction amount of 20.000 per use-case to enable a staking reward projection.

Given the current traffic on Lition’s existing use cases, primarily the energy use case, this returns might already be achieved organically.

If however, the initial tx volume is not high enough, Lition will go through an initial bootstrapping period called the Genesis Phase to support deployment. During this phase, additional tokens from the ecosystem treasury are distributed to stakers to ensure that sufficient incentivization is given for people to secure the network to provide a return of up to 10–20% per year.

As staking is always done per sidechain, you would split your staked LITs among the sidechains. This allows you to participate in the revenue of all sidechains.

How to setup your Node

Each sidechain will calculate its gas usage, as well as the validator participation rate. Businesses that want to run their own sidechain accordingly are required to deposit LIT tokens in the sidechain contract. The gas consumed during the given notarization window will be cumulated per user and the corresponding amount of LIT will be deducted from the deposit.

In case of Lition, foundation sidechains will go live with mainnet launch to run our use-cases. The entry barrier for validation of those sidechains is set at a minimum of 1.000 LIT and a maximum of 500.000 LIT. Depending on the amount of tokens staked and other variables that will be defined below, a network member can choose among 3 types of setups:

To join a sidechain of your choice and become a Node, the participant needs to:

Reward Distribution: Every certain number of blocks the network anchors to the mainnet and the transactions fees collected are split between all the active nodes, proportionally to the LITs owned with LPS and Trust nodes earning up to double (see above). Currently we’re synchronizing and therefore distributing staking rewards every ~720 blocks which is every hour, but this figure is subject to change depending on the use case. This is the so-called “notarization window”.

To join a sidechain of your choice and become a Trust Node, the participant needs to:

Reward Distribution: a Trust Node’s weight is double as a normal Node, meaning that rewards are doubled.

Shortly after our mainnet lunch, Lition will launch its LPS system.

To facilitate users with no tech expertise to join the network, Lition Foundation will run LPS Nodes on behalf of wallet owners that are willing to pool their LIT tokens, in return for this service a little maintenance fee is hold by Lition for the costs to run a node.

Every user can choose for how long they are willing to lock their tokens into the pooling system. Depending on the time-commitment the rewards are higher or lower. The longer the lock-up period, the higher are the rewards and vice versa.

The LPS have the following lock-up and reward factor options:

To join a sidechain of your choice and become a LPS Node, the participant needs to: 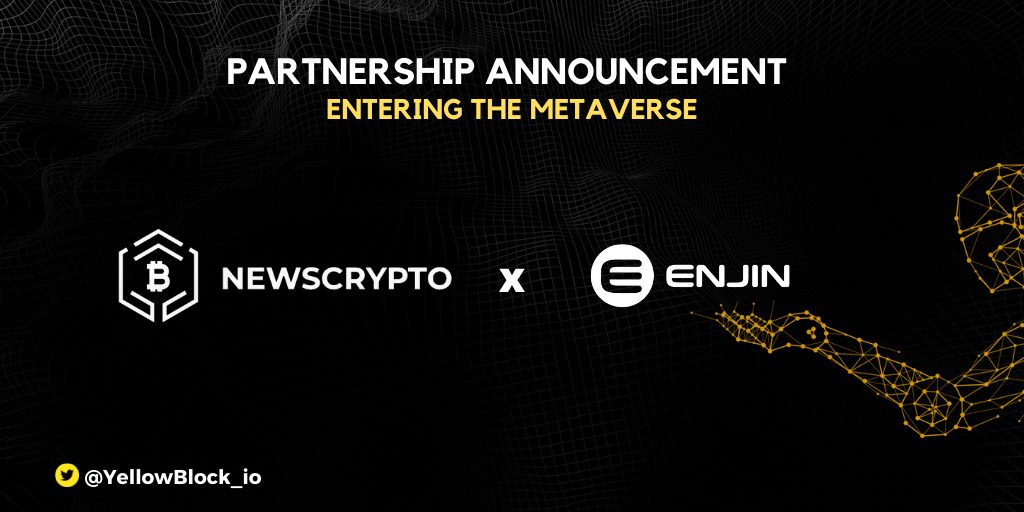 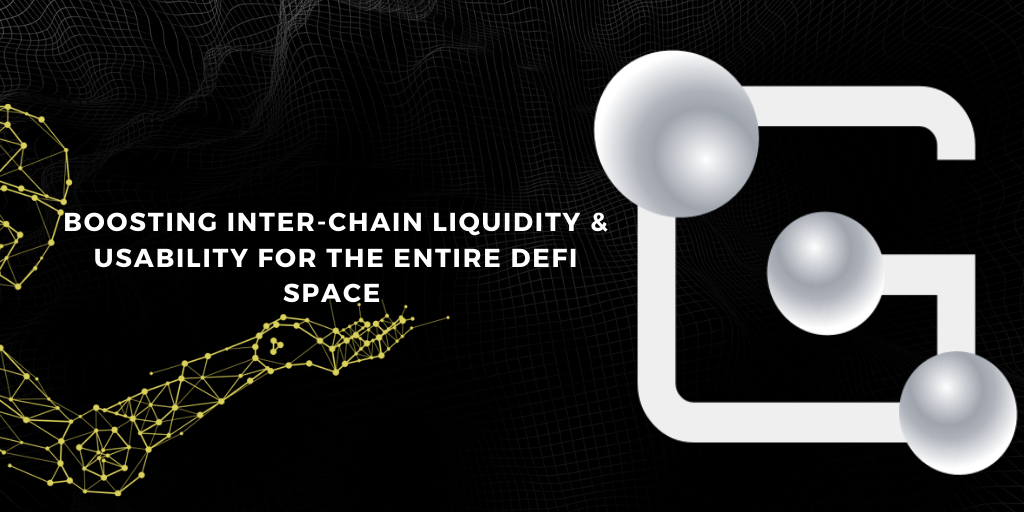 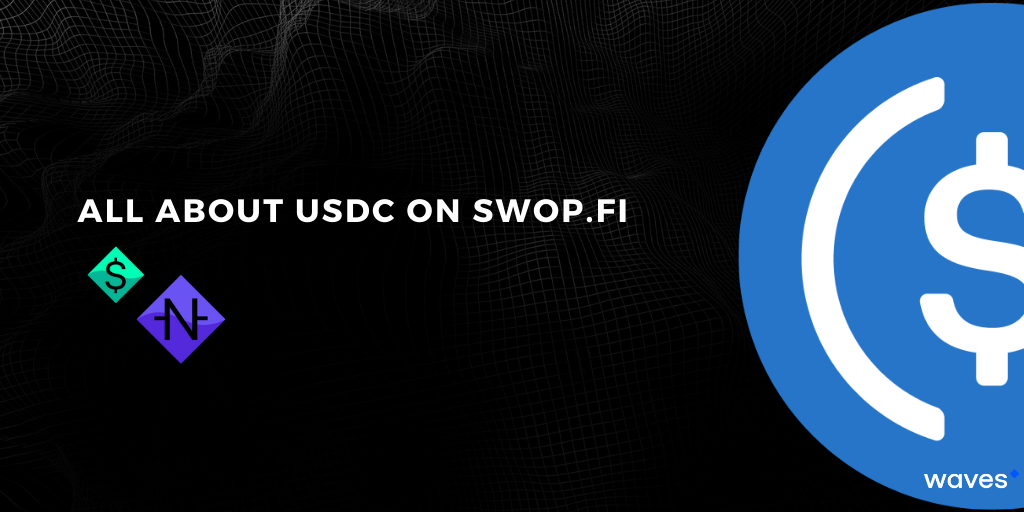