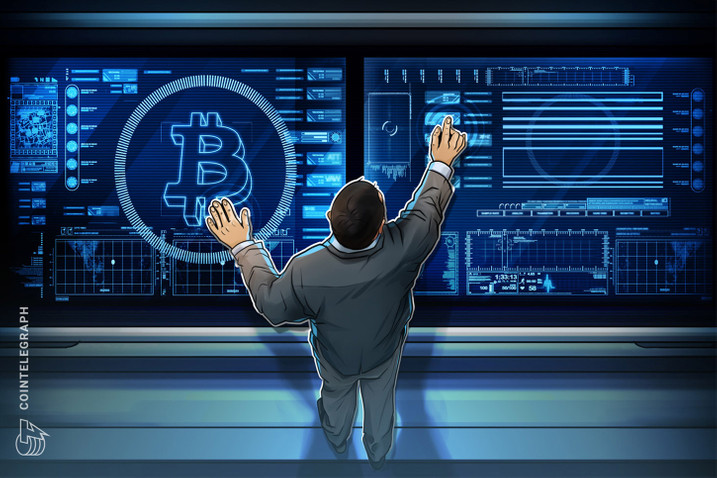 According to analysts from on-chain monitoring resource Glassnode, BTC’s tap at the $25,000 level was followed by “distribution[2]” as profit-takers and short-term holders sold as price encountered a trendline resistance following a 23-consecutive-day uptrend that saw BTC trading above it’s realized price ($21,700).

The firm also noted that the “total inflows and outflows to all exchanges” metric shows exchange flows at multi-year lows and back to “late-2020 levels,” which reflects a “general lack of speculative interest.”

Stocks and crypto clearly risk off until we hear the Fed perspectives coming out of Jackson Hole this week/end. $BTC price continues to range, but looks a bit “soft.” pic.twitter.com/jpVjG2jslh[3][4]

From a higher-time frame perspective, Bitcoin’s current price action is simply a continuation of its near three-month-long chop in the $18,500 to $22,000 range, but the real damper on sentiment is persistent non-crypto-related concerns in the United States and global economy.

On August 25, the Jackson Hole Economic Symposium begins and from this, the public will learn more about the Federal Reserve’s perspective on the U.S. economy, its plans for future interest rate hikes, whether the inflation target remains at 2% and if the Fed thinks the U.S and global economy are in a recession. Anticipation over the symposium has clearly made investors skittish and these frayed nerves are visible in the S&P 500, DJI and crypto markets this week.

According to Serhii Zhdanov, CEO of EXMO cryptocurrency exchange:

“It appears there is no single driver for the recent decline. The global crises continue, and it is not certain where the bottom is. Inflation is forcing people to get rid of their investments to get cash to cover daily expenses. In many countries the total amount of credit card debt is breaking to new record highs. Recent data shows that Covid isn’t gone and geopolitical tension further adds fuel to global markets’ decline.”

Ether marches to the beat of its own drum

Ether (ETH[6]), on the other hand, appears to be showing some upside promise from a technical analysis point of view. Last week, the asset corrected alongside BTC and endured a few blows related to centralization fears after the Office of Foreign Assets Control, or OFAC, sanctioned Tornado Cash[7] and the crypto community grew fearful over potential outcomes of the proof-of-stake transition making the network (and its largest ETH stakers) susceptible to censorship and regulation.

Generally, the bullish “merge” narrative remains in play and the large cup and handle pattern seen on Ether’s daily timeframe, plus the bounce off the $1,500 level are enough to support traders’ dreams of ETH price rising into the $2,500 to $2,900 range.

Ether looks similarly juicy in its ETH/BTC pair, which bounced off support in the 0.073 BTC range.

As @big_smokey1 mentioned “stocks and crypto [are] clearly risk off” with Jackson Hole upcoming and in terms of price action, this is likely to manifest as continued resistance at Bitcoin’s long-term descending trendline until a sufficient catalyst to provoke a trend change emerges.

Related: What crashed the crypto relief rally? Find out now on The Market Report[8]

For the time being, Bitcoin’s short-term price prospects are less than optimistic, but Jarvis Labs resident analyst “JJ” pinpointed[9] a key on-chain metric that suggests BTC is trading in a generational buy zone.

According to JJ, Bitcoin’s MVRV (Market Capitalization versus Realized Capitalization) indicator is printing a reading that is “extremely low.”

Does this mean that investors should go out and put every last penny into BTC? Probably not, but as the MVRV chart above shows, dollar cost averaging into BTC when its on-chain and technical metrics hit extreme lows has proven to be a profitable strategy in the last three bull markets.