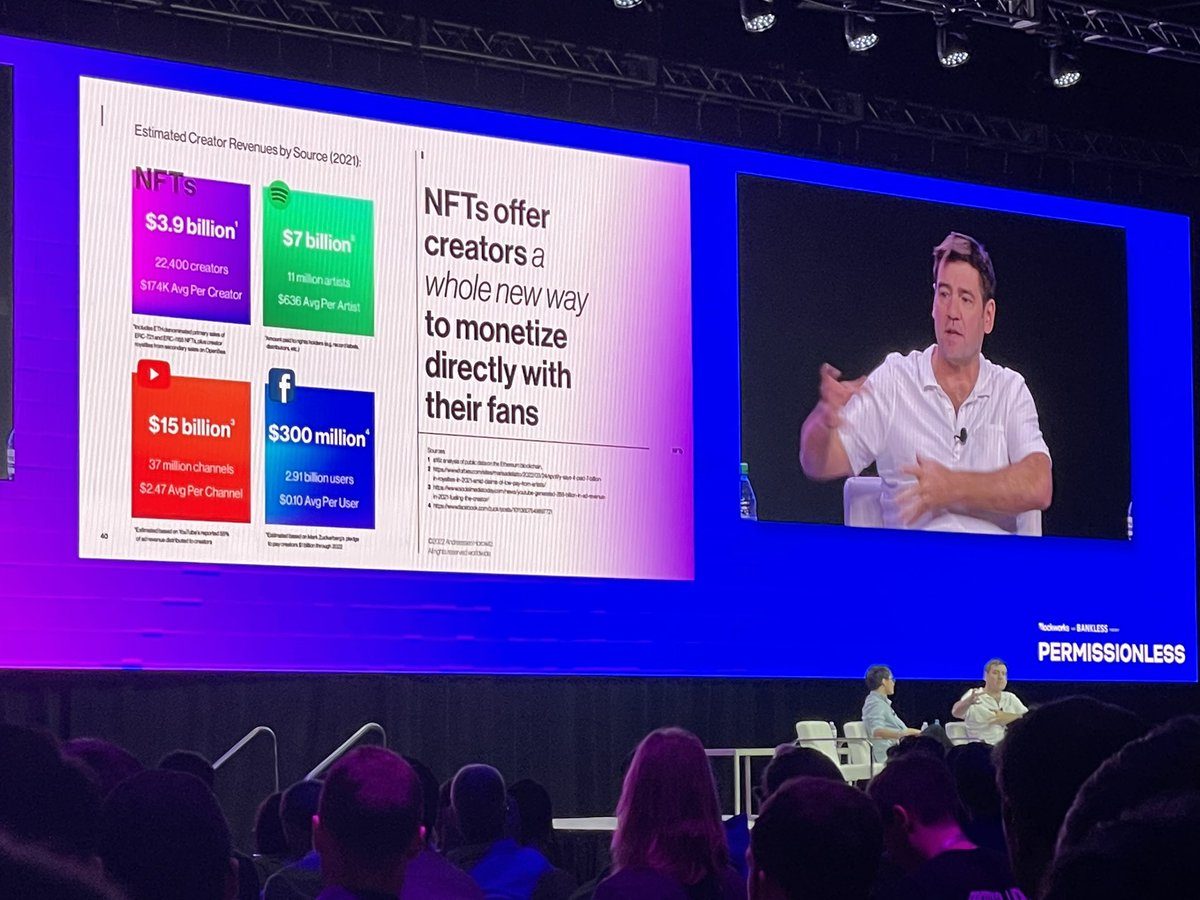 In crypto, prices are often a leading indicator of performance, according to researchers at venture capital firm Andreessen Horowitz.

“Prices are a hook,” analysts at Andreessen Horowitz wrote in a blog post Tuesday announcing the firm’s inaugural “State of Crypto” research report. “The numbers drive interest, which drives ideas and activity, which in turn drives innovation.”

Talent is drawn to the space when prices are high, Chris Dixon, general partner at Andreessen Horowitz, said Tuesday at the Permissionless conference in Palm Beach, referring to the recent market sell-off that has many skeptical of what is next for the digital asset space.

“Not to minimize the bad stuff that’s going on,” Dixon said. “But I do think if you step back and look at the broader trends, it’s promising.”

The movement into Web3 is shifting the way creators interact, Dixon added. The social networks of Web2 have made it possible for anyone to be a publisher and creator, but Web3 innovations are going to transform ownership and earning capabilities.

“There’s about four or five companies that basically control the internet,” Dixon said. “I think we’re at risk of having the internet turn into the 1970s broadcast landscape [with networks] controlling everything.”

NFTs are the start of what is next for the creator economy, Dixon said. NFT (non-fungible tokens) creators earned on average $174,000 per creator in 2021. Music platform Spotify, which hosts 11 million artists, earned on average $636 per artist in 2021, the research report noted.

To give power back to creators, Dixon said, there will need to be a push for building improved infrastructure. A slowdown in the market is often the best time to focus on this building, he added.