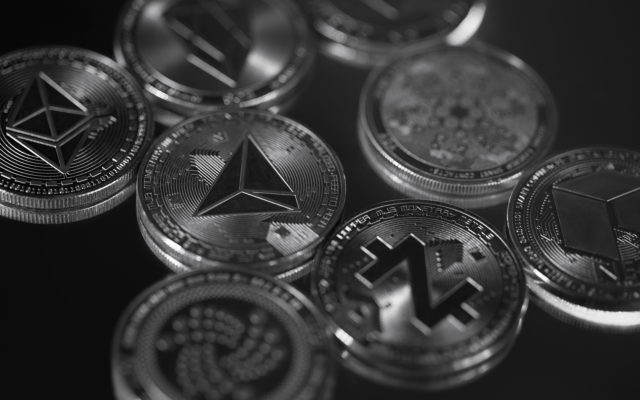 Bitcoin (BTC) has spent another day consolidating with further failures to top resistance. Its lethargy and another dominance dip are good news for altcoins which are having a bit of a revival today. Ripple’s XRP, which has been on the floor for most of 2019, is going up strong as is Stellar Lumens, 0x and BAT.

As bitcoin price continues to consolidate the altcoins are finally waking up following a year of slumber. Most have retreated from their summer highs but some are starting to rally again in a rare move independent of their leader.

BTC has dropped another percentage point in dominance and is now below 68.5% according to Tradingview.com. That share is being gobbled up by high cap altcoins and XRP is one of them today.

The token has continued its rally and is one of the day’s top-performing altcoins. Since the end of last week, XRP has added $1.5 billion to its market cap and climbed 11% in price.

So far this month XRP has climbed over 20% and is approaching its psychological barrier of $0.30. Today it has seen further gains topping out at $0.298 a couple of hours ago during early Asian trading. Daily volume has surged 60% since the weekend and just topped $1.6 billion as the momentum builds.

The bigger picture still shows the cross border transfer token flat on the floor, down 90% from ATH. Regardless, the crypto community has turned bullish on Ripple’s token and sees this as a good entry-level for further gains. Trader ‘CryptoWelson’ didn’t miss the opportunity to point out his earlier prediction.

I tweeted a few weeks ago that I saw bullish momentum in $XRP and was expecting a rise! We’re now up over 20% from that, and XRP has just broken out of resistance. Get ready folks. Massive pump incoming!

I tweeted a few weeks ago that I saw bullish momentum in $XRP and was expecting a rise!

We’re now up over 20% from that, and XRP has just broken out of resistance.

Once the $0.30 level is broken further gains up to $0.40 could come quickly as there is very little resistance in between.

The annual Swell event is approaching which is usually bullish for XRP. This year it will be held from November 7 to 8 in Singapore. Traders and analysts have noted the price fluctuations before and after this event and the pump may have already started.

The San Francisco fintech firm has made a couple of partnerships but Swell is likely to be the primary driver of momentum at the moment. XRP is approaching crucial resistance and this week will determine whether it has the minerals to make further gains regardless of what bitcoin does.

Ethereum has made a minor move back to $185 today but remains sluggish at any price below $200. BCH, LTC, EOS, and BNB have not moved but Stellar (XLM) has woken up with a jump of almost 10% on the day. DEX protocol token ZRX is having a double-digit shift at the moment and browser-based BAT is also going strong.

Will Bitcoin dominance fall further? Add your thoughts below.