Bitcoin remains at risk of continuing its downward trend as long as the S&P 500 moves lower, says Glassnode.

The on-chain analytics platform asserted that traders with exposure in both Bitcoin and the S&P 500 could use the cryptocurrency to offset their losses in the US stock market. 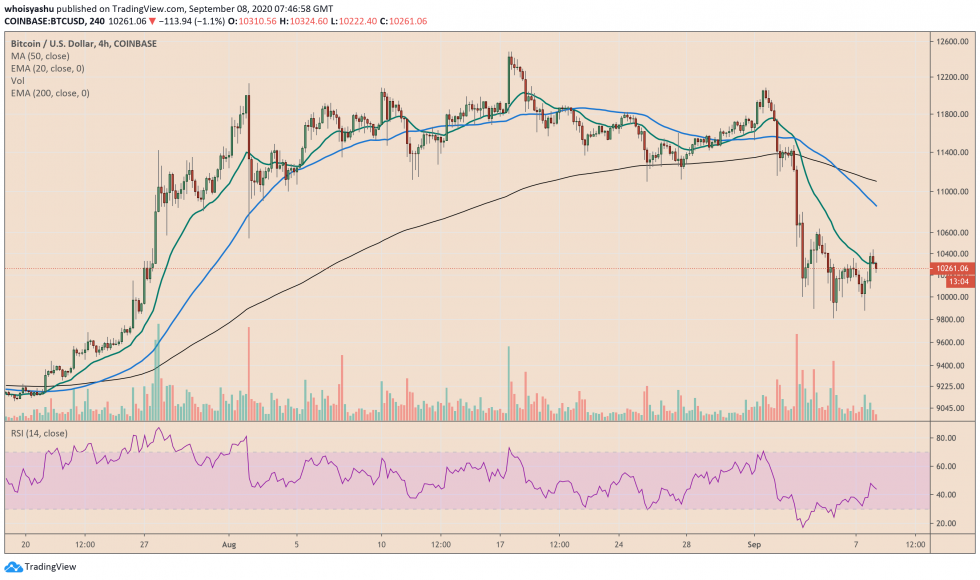 BTC/USD has slipped by more than 20 percent from its YTD high near $10.5K. Source: TradingView.com

Glassnode’s statement appeared as both Bitcoin and the S&P 500 plunged in tandem last week against a rising US dollar. Sky-high valuations and overbought technicals caught up with these markets as traders sold the top to secure short-term profits.

SPX melted down by as much as 7 percent in just two days of trading, while BTC/USD slipped by 20 percent.

Victor Dergunov, the co-founder of Albright Investment Group – a US-based investment management firm, anticipated the SPX to continue its correction lower as the index tails the tech stocks sentiment.

“Apple’s blowoff top on Wednesday was a telltale sign that the market was getting ready to move down in a big way,” the analyst wrote. “Furthermore, the extremely fast rebound makes it likely there will be more selling to come. Therefore, AAPL is likely not done going down just yet.”

He made a similar statement about the Tesla stock.

Nevertheless, Mr. Dergunov said a drop in the US stock market–this time–could push the Bitcoin price higher. He said BTC/USD’s recent correction shook off most of the weak hands in the market, adding that the pair’s fundamentals are still strong enough to retain its bullish bias.

Meanwhile, Glassnode’s analysis took cues from Bitcoin’s massive price plunge in March 2020. The cryptocurrency crashed by almost 60 percent in just two days of trading as traders sold it to cover their margin calls and losses elsewhere. Back then, Bitcoin was among the most profitable assets in the year. 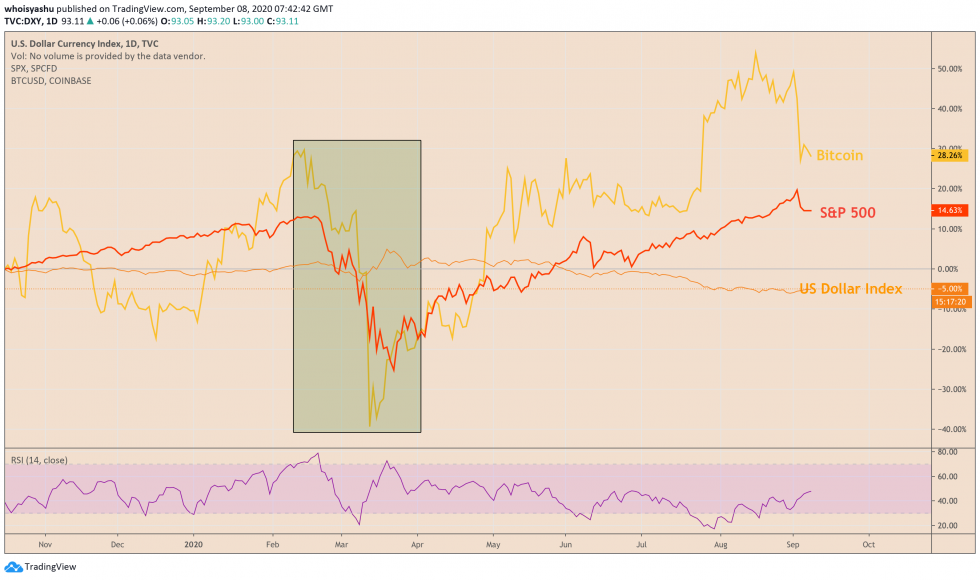 “Bitcoin has consistently shown [a] correlation with traditional financial markets as it matures as an asset,” wrote Glassnode in its latest weekly report. “And the downward performance of the S&P – and the stock market in general – threatens to bring BTC and other crypto assets down as investors de-risk and turn to their crypto holdings for liquidity.”

But the firm noted that Bitcoin’s on-chain fundamentals still pointed to a sustainable bullish bias.

According to Glassnode, the Bitcoin network activity dropped 1 percent due to a small increase in new adoption. At the same time, the firm reported an increase in liquidity as BTC flowed onto exchanges. 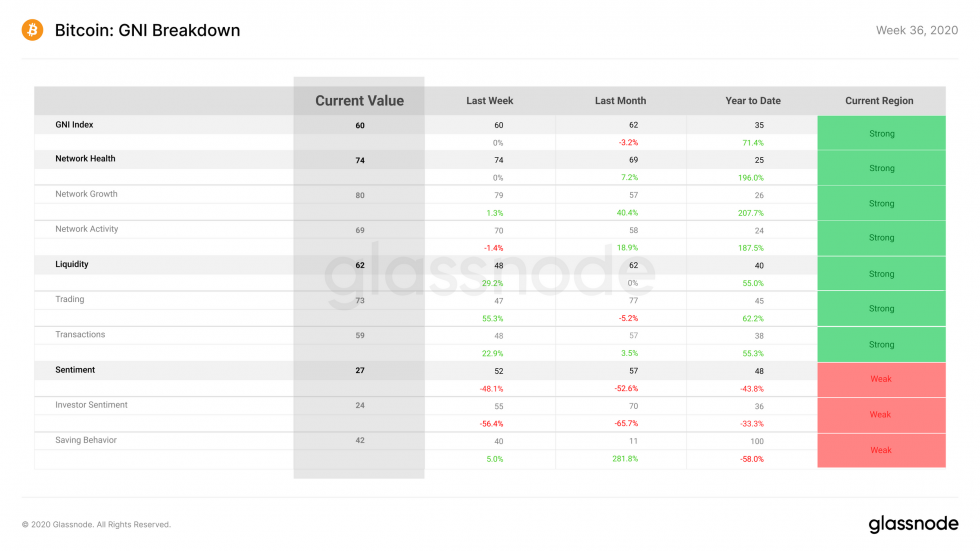 On the flip side, the short-term sentiment flipped due to last week’s sell-off. The saving behavior, nevertheless, increased, which, as Glassnode noted, was likely due to hodlers acquiring more BTC at lower prices. The overall investor sentiment was still down because “the supply of BTC in profit went down.”

BTC/USD was trading at $10,262 at the time of this writing, down 1.09 percent into the Tuesday European session.

Institutional Investors Are Rushing to Bitcoin in Droves

Dash Is Not the ‘Most Used’ Crypto in Venezuela, Despite Previous Claims

Crypto Now Legal In India? Not So Fast

Bitcoin Is Replacing The El Salvador Economy For The Unbanked