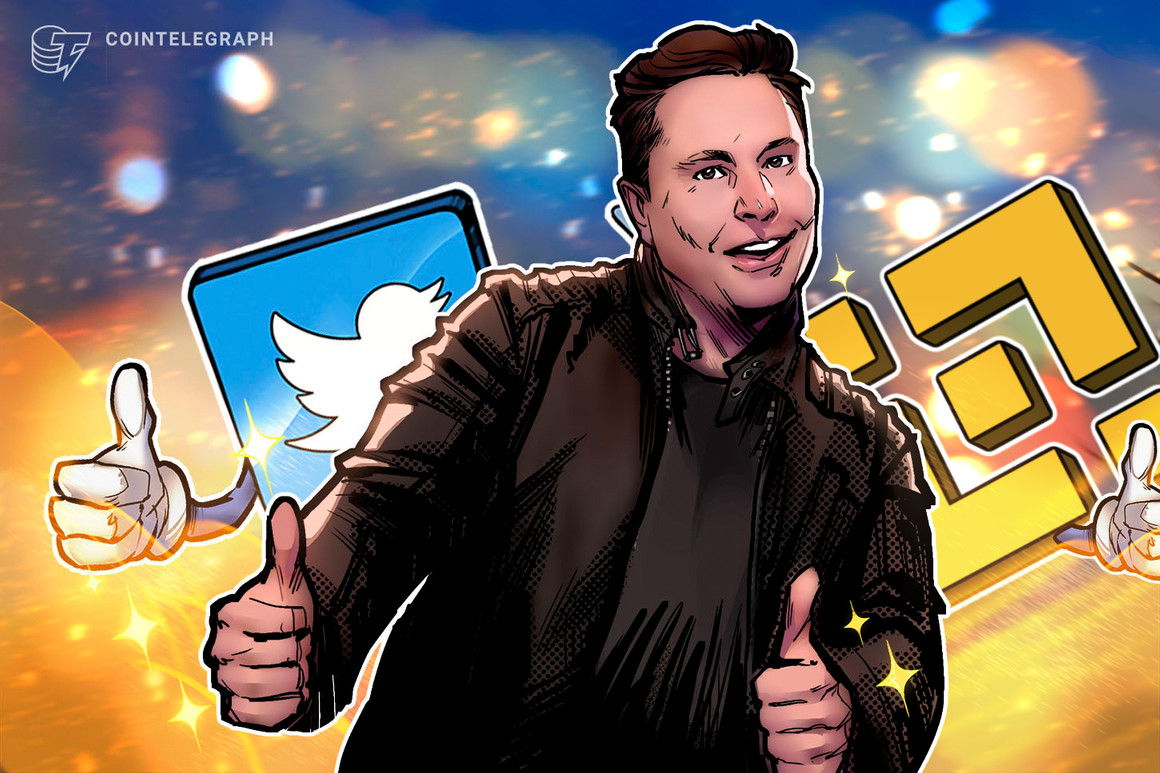 Major crypto exchange Binance has participated in Elon Musk’s $44 billion acquisition of Twitter[1], according to data filed with the United States Securities and Exchange Commission.

On May 5, Musk filed[2] an amended general statement of the acquisition, announcing that Twitter received an aggregate of about $7.2 billion in new financing commitments in connection with the merger agreement, subject to the conditions in co-investor equity commitment letters.

According to the document, Binance is one of 18 co-investors in the acquisition alongside major crypto industry players like Sequoia Capital Fund and Fidelity Management and Research Company.

Binance CEO Changpeng Zhao[3] took to Twitter subsequently after the filing became public, describing the company’s investment as a “small contribution to the cause.”

A small contribution to the cause. https://t.co/xD9XZxOWfL[4]

The billionaire CEO and founder of Tesla, Musk officially announced the acquisition of Twitter on April 25, with the $44 billion worth transaction expected close in 2022, subject to the approval of Twitter stockholders as well as regulators. He previously said that one of his top priorities for Twitter[7] would be to remove “spam and scam bots and the bot armies,” including those related to crypto.

As previously reported by Cointelegraph, Musk was pushing Binance to address some issues[8] on its platform last year, causing a small Twitter battle with the Binance CEO. Musk specifically brought up a problem related to some stuck Dogecoin (DOGE[9]) withdrawals on Binance, asking Zhao to explain the issue.