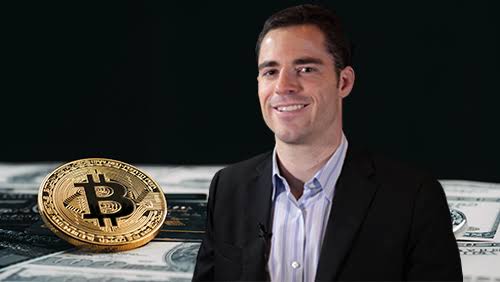 Former Bitcoin.com CEO, Roger Ver, was shilling Bitcoin Cash on CNBC’s Power Lunch yesterday. During the interview, Ver maintained his position that BCH “is the real Bitcoin”, and suggested that it could go up in price by 1000 times the current value.

Ver first defended the past month’s performance of cryptocurrency prices across the board. He suggested that it wasn’t fair to look at it that way, and that we must consider a longer term outlook.

Both Bitcoin Cash and Bitcoin are up [by] about double in the last year, and they’re up a couple of thousand percent over the last five years. [0:16]

Very true, except the bit about BCH being up over the last five years. BCash launched two years ago, started trading at about $440, and is now trading at around $220, or 50% down. But do carry on…

I think cryptocurrencies are here to stay; they’re not going anywhere. But the… really interesting one is bitcoin cash. I think it has the ability to go up a thousand times what it is currently, because it’s looking to become peer-to-peer cash for the entire world. [0:30]

Ver went on to claim that BCash has more physical shops accepting it around the world, and more infrastructure being built on top of it. He then claims that, “it really is an amazing investment.”

From His Point Of View, Ver Hasn’t Switched Allegiance

Referring to his history as an early investor in Bitcoin, who then seemingly switched allegiance to Bitcoin Cash, Ver claimed that from his point of view he had not switched anything.

He was initially excited about Bitcoin’s ability to be used as peer-to-peer electronic cash for the world. The fact that you could send any amount to anybody else, anywhere in the world for basically free, and there was nothing anybody could do to stop it.

Whilst Bitcoin has started to be seen as more of an investment, Bitcoin Cash was designed to preserve this ability, and Ver claims that it still does.

However, he then claims that he believes the “smart money” is putting its money on Bitcoin Cash today. But why? If BCH is supposed to retain the P2P global cash mantle then it doesn’t need to be an investment. It might as well be a stable-coin.

Is Bitcoin Cash An Investment Or Cash?

The message seems to be a little bit unclear. If BCash is pitching itself as P2P global cash rather than investment, and Ver genuinely has “tens of thousands of new signups every single day on Bitcoin.com,” then why does he need to appear on CNBC, shilling a ‘potential’ 1000x price gain?

Perhaps because spending $200 million on improving infrastructure, and getting shops to accept BCH, will not drive much-needed traffic to the platform. Telling them that their ‘investment’ could go up thousands of percent however, might, But then, don’t we already have Bitcoin for that?

Do you agree with Roger’s latest Bitcoin Cash prediction? Add your thoughts below!