Back in July, when bitcoin price was doing the five-figure rounds, popular YouTube crypto analyst, Alessio Rastani made a daring prediction. As per what he calls the ‘wildcard scenario’ BTC would drop down to the $7500-$8000 support before rallying hard. Did he make the right call?

The All Critical 200-Simple Moving Average

Alessio is one of those few folks who sees the bitcoin and cryptocurrency market from a very radical perspective. All his price activity inferences are based on pointers which the majority of traders and analysts usually miss.

In the video prior to the gargantuan pump, Mr. Rastani stressed the importance of 200 SMA (Simple Moving Average) on the BTC price chart which ‘excludes’ weekend data. 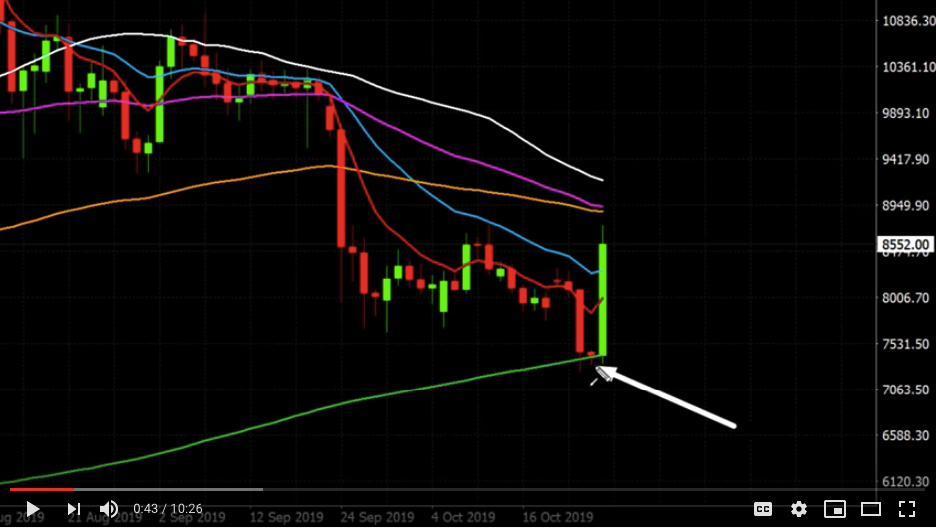 Exhorting viewers to always pay attention to charts (daily charts) that exclude weekend price activities,  he mentioned that the 200 SMA was acting as critical support for bitcoin price. A bounce off this level would lead to a rally and bullish sentiment entering BTC and the aggregated crypto markets, as it has happened many times in the past. 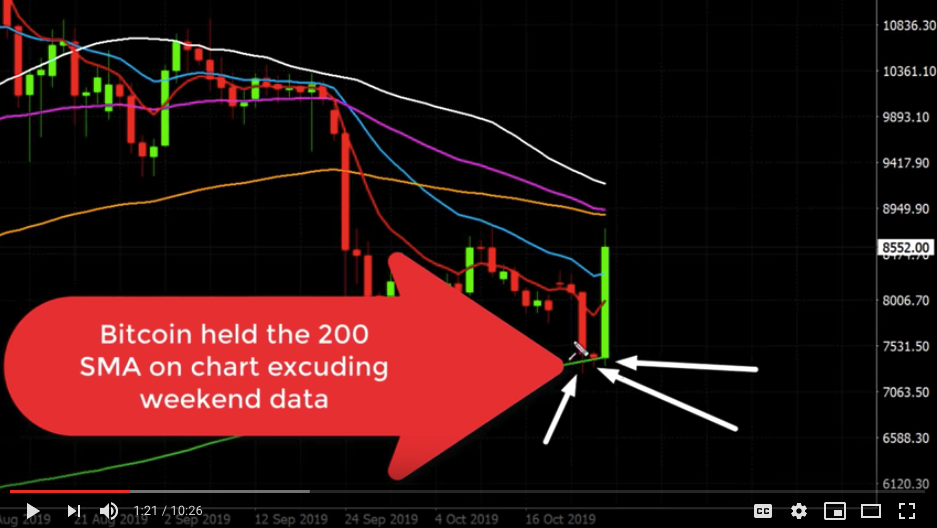 And it happened just like before! Although there were various factors at play which may have caused bitcoin to record the fourth-largest price jump since its inception.

But this is a grossly disappointing move as per Rastani, who expected BTC to fall even lower for a much healthier rally to begin. Bitcoin would have have been cheaper and the risk-reward aspects would have been better.

That said, Alessio now believes that the 200 SMA level has achieved renewed importance and needs to be kept an eye on. Have we officially entered the ‘wildcard scenario’ though? 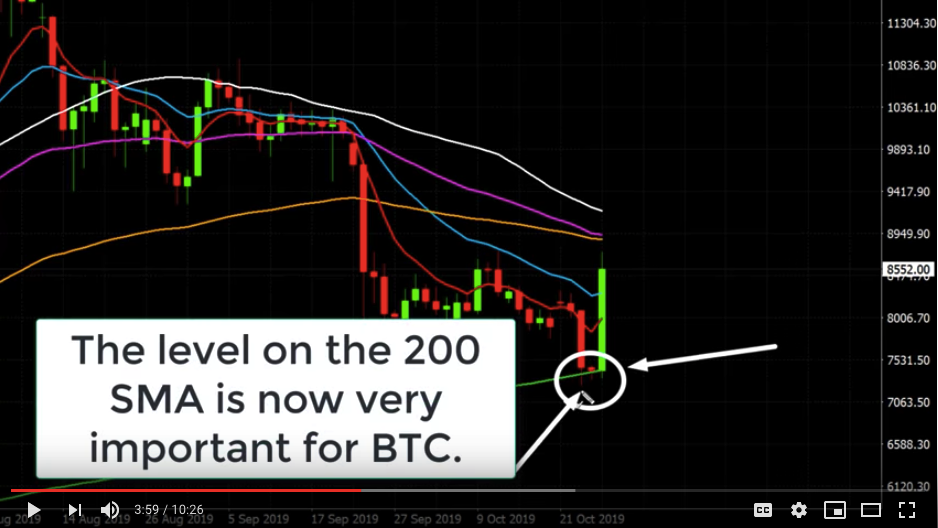 BTC’s Wildcard Scenario May Be On

This latest bitcoin price rally has put the top crypto asset in Rastani’s widely discussed bullish ‘wildcard‘ zone. The bounce off the 200 SMA has resulted in a trigger that holds a 65-70 percent probability of charting out BTC’s next course of action. 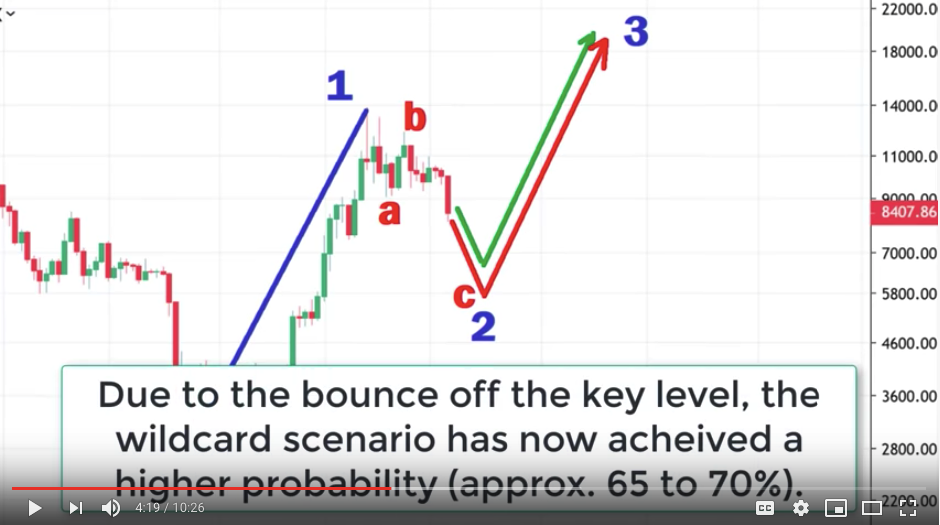 However, this doesn’t mean that it is absolutely certain though. But as long as the 200 SMA acts as resounding support for bitcoin price, the ‘wildcard scenario’ has the maximum chance of playing out. 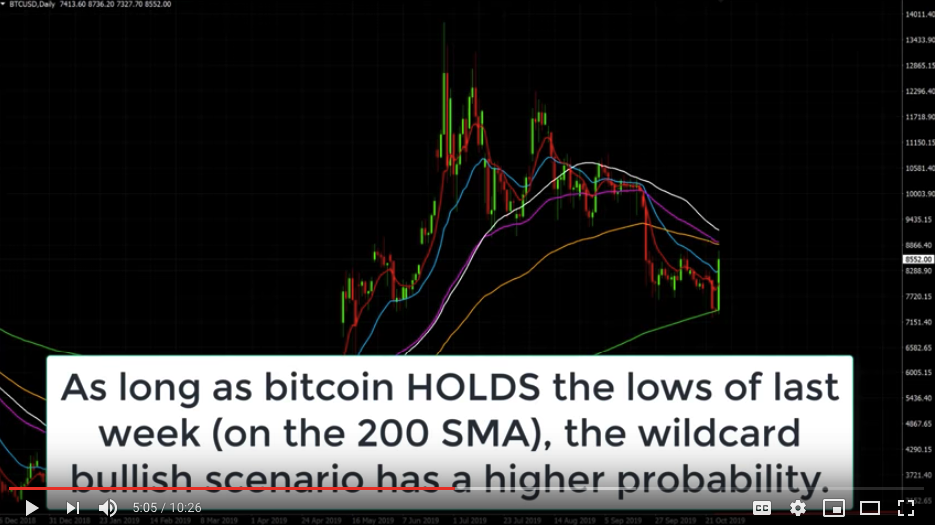 In spite of all this bullish talk, there is a possibility of an utterly bearish scenario for bitcoin price, which Alessio has previously mentioned. But with a probability of 30-35%, it is clearly not happening, at least not anytime soon. 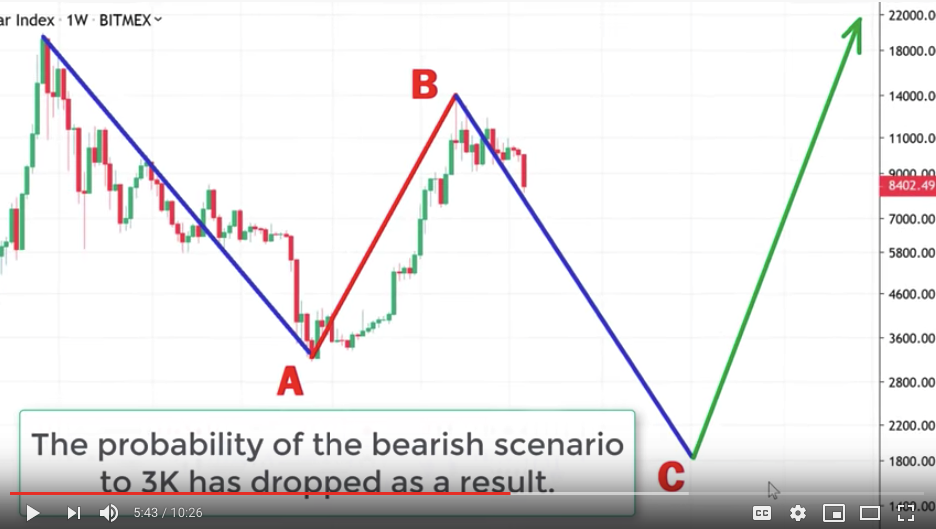 Rubbishing talks of an impending death cross doing rounds, Rastani pointed out that it is not always a “falling market’ indicator. It is very important to notice the nuances to be specific.

A death cross is a situation when the 50 SMA falls below the 200 SMA. However, if the 200 SMA is rising and 50 SMA is falling then the death cross indicator actually turns bullish, totally opposite of what folks normally expect. And that’s what happened before the epic pump.

Death crosses actually result in bearish market situations when both 50 and 200 SMA’s are falling, he explains. Rastani concludes by telling traders to keep a watchful eye on the 200 SMA as it has been ‘respected’ till now, but anything could happen in the near future.

If by any chance bitcoin price were to drop past the 200 SMA, it would be a ‘lights out’ scenario.

Will bitcoin price continue the wild ride it started on Friday? Let us know your thoughts in the comments below!

The post Bitcoin Price: Is This the Start of BTC’s ‘Wildcard’ Rally? appeared first on Bitcoinist.com.

Bloomberg Says Bitcoin Could be Finding Support at $10,000 as Altcoins Rebound

NBA Star to Convert His $34M Contract into a Digital Investment

Will Europe Beat China in the Central Bank Crypto Race?