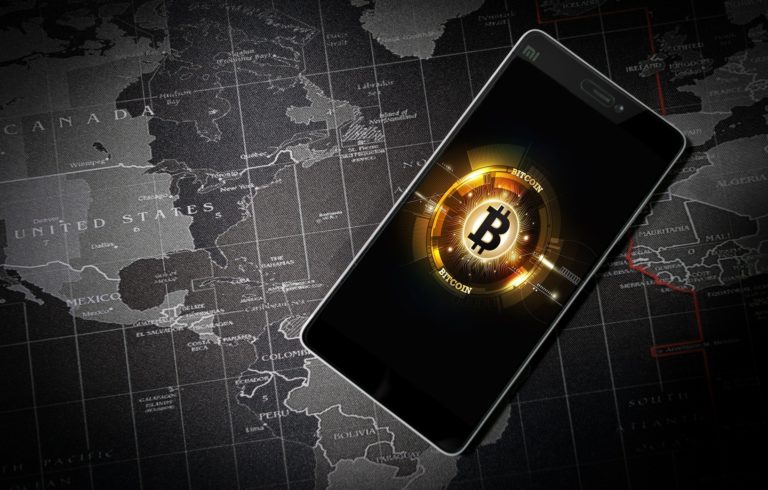 Bitcoin is doing what it does best lately – bouncing off $10,000, but it wasn’t just falling below that magical number which brought out the buyers – the US-China trade war is helping too.

The rise coincides with the latest developments in the US-China trade at a time when recent bitcoin price action confirms strong support at $10,000.

The volume profile’s so-called point of control (red line) that shows the highest level of buying interest for a range of price points, on the 4-hour chart is reading $10,125 – that provide near-term support for bitcoin.

Bearish traders still hope for a dive towards $8,500 but that seems a doubtful strategy as things stand.

However, with bitcoin volatility not waning any time soon, a leg down is still in play at these levels unless bitcoin can take out overhead resistance $10,777 and $11,400 (black dashed lines).

Today’s sharp upturn is possibly linked to the resumption of hostilities in the US-China trade war.

OK, there hadn’t been a prior outbreak of peace but there is hope for a “constructive” meeting of the respective trade representatives of the two world’s two largest economies.

China is introducing tariffs in two batches – on September and 15 December on goods worth $75 billion at rates of 5% and 10%.

In addition, China is slapping a 25% tariff on imports of US autos. Crude oil and Soy beans are the other major casualties.

The US has removed some items and delayed others, regarding the $300 billion September tariff schedule introduction for other goods.

But whether it was the trade war heating up again or merely a rerun of a trading pattern previously seen in buying the dips under $10,000, the current price calms bullish nerves.

Bloomberg Intelligence analyst Mike McGlone makes the same observation about the resilience of $10,000.

According to a Bloomberg report McGlone far from macroeconomic worries helping bitcoin, he says it is the favourable macroeconomic backdrop that could push prices higher.

In his note he also says he expects the Venus stablecoin launch from Binance to bolster bitcoin price valuation. Venus is seen as a challenging Libra.

“The trend toward stability, an essential ingredient in a median of exchange, is accelerating Bitcoin’s advancement as a digital form of gold,” said McGlone.

The Facebook crypto project has seen substantial regulatory pushback. That may be scaring off the blue chip association members it has signed up to-date.

A report in the Financial Times today reveals that at least three partners are mulling leaving the Libra Association.

Other analysts and commentators continue to see strong forward momentum being generated by the upcoming launch of Bakkt bitcoin physically settled futures.

US and European equities moved lower on the trade news but have since stabilised as market participants await today’s speech by chairman of the US Federal Reserve Jerome Powell.