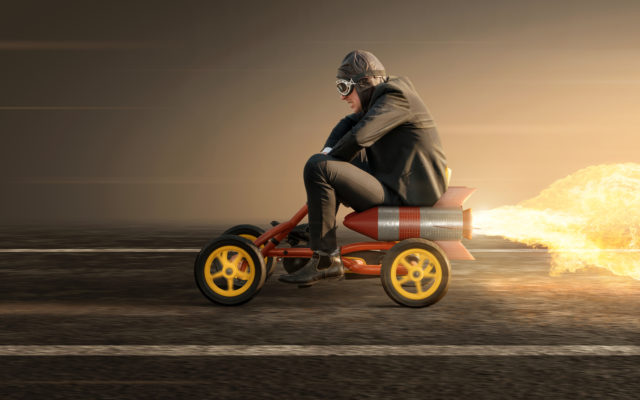 Bitcoin should experience a “terminal shakeout” similar to 2015 before a new bull market explodes higher, a veteran analyst has concluded.

In a series of tweets on October 9, Cole Garner said that the protracted price slump Bitcoin saw in 2015 had not yet occurred in the current cycle.

For BTC/USD to break out of its current sideways action, a period of lows must likewise ensue first, he argued.

Garner referenced multiple hypotheses to support the forecast, including that of Senior Bitcoinist analyst Filb Filb.

Their concept revolves around miners. Specifically, how much it costs to produce Bitcoin, and the impact of next year’s block reward halving, which will cut BTC gains per block by 50%.

“Big miners have incentive to drive $BTC price back to its production cost. They’d love to dish out max pain one more time before the bull market steamrolls forward out of control,” Garner summarized.

“Every bull market is preceded by a terminal shakeout. It’s a spring — one last higher timeframe stop run before the parabolic advance gets started,” he added.

Every bull market is preceded by a terminal shakeout.

It’s a spring — one last higher timeframe stop run before the parabolic advance gets started. pic.twitter.com/d1cEximDtR

Bitcoin has broadly underwhelmed traders in recent months after its Q2 bull run fizzled in August.

Commentators blamed various factors for the slump in progress, including the uninspiring debut of Bakkt’s Bitcoin futures for institutional traders.

A sudden 20% crash for BTC/USD in late September added to concerns this year’s gains could soon all but vanish. Bitcoin started the year at just $3100.

For Filb Filb, however, a return to such levels remains unlikely. Miners, Garner paraphrases the theory as saying, have already “priced in” the reward halving, and as such a bottom for Bitcoin should likely now be double the previous one – around $6400.

“Production cost doubles when the block reward halves. That makes $6340 the new floor. Smart money knows it, again. Retail has no clue, again,” he wrote.

Garner noted Bitcoin creator Satoshi Nakamoto had appeared to endorse the idea. In 2010, he wrote that the price of any commodity is linked to the cost of its production.

“If the price is below cost, then production slows down. If the price is above cost, profit can be made by generating and selling more,” Nakamoto had stated.

As Bitcoinist reported, another popular price forecast model suggests BTC/USD should remain at an average of $8300 before the halving.

What do you think will happen to the Bitcoin price? Let us know in the comments below!