Bitcoin and the aggregated crypto market have been caught in the throes of one of the most intense bull markets seen since 2017.

Not only is BTC just a hair away from setting fresh all-time highs, but the rest of the crypto market is also pushing higher in tandem.

Ethereum’s recent break above $500 has allowed the DeFi sector to race higher as well, with all the blue chip DeFi assets outperforming the aggregated market.

This isn’t an unjustified upswing either, as BTC’s network health is arguably the strongest it has ever been.

Bitcoin Pushes Towards $19,000 as Parabolic Uptrend Kicks Off

The intensity of the recent market-wide upswing is only growing stronger, with prominent voices within the traditional financial markets now shilling Bitcoin – including the Blackrock CIO.

BTC is trying to flip its previous $18,600 resistance into support. An ability to do so could allow it to see some massive momentum in the days and weeks ahead.

One data aggregator explained in a recent tweet that Bitcoin’s network health reaches the highest levels seen in ages.

This comes as the on-chain activity reaches all-time highs, with active Bitcoin addresses reaching levels not seen since January of 2018.

“Bitcoin on-chain activity is closing in on new all-time highs. There were 1.19 million $BTC active addresses, the highest value since Jan 2018.” 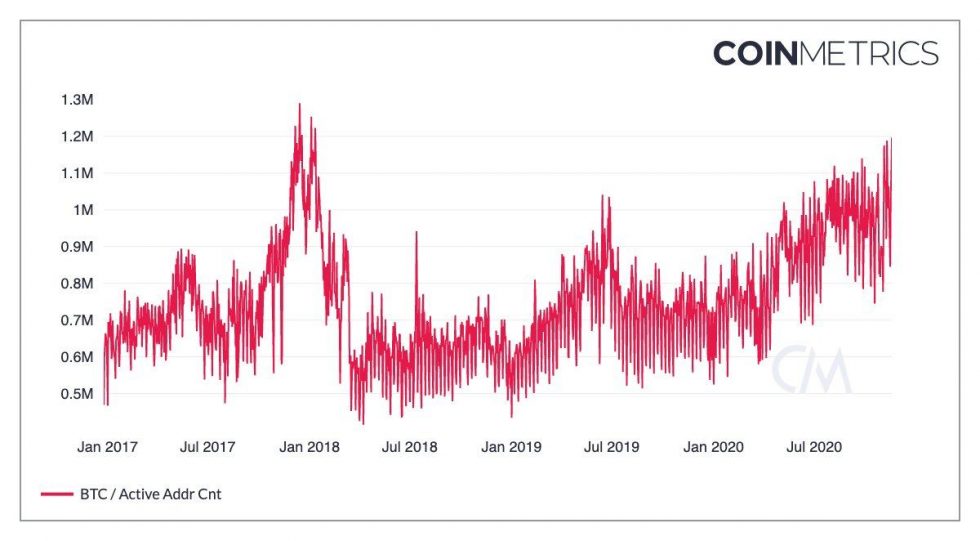 Where the entire market trends in the near-term will depend largely on Bitcoin’s upcoming daily close, but the immense macro momentum indicates that this uptrend is here to stay.

Ethereum Could Target $850 Once It Breaks Key Resistance, Claims Analyst

Why Bitcoin Trading in Tandem With the S&P 500 Isn’t a Bad Thing: Analysts Explain

Bitcoin will find its footing in the short term, says Grayscale CEO