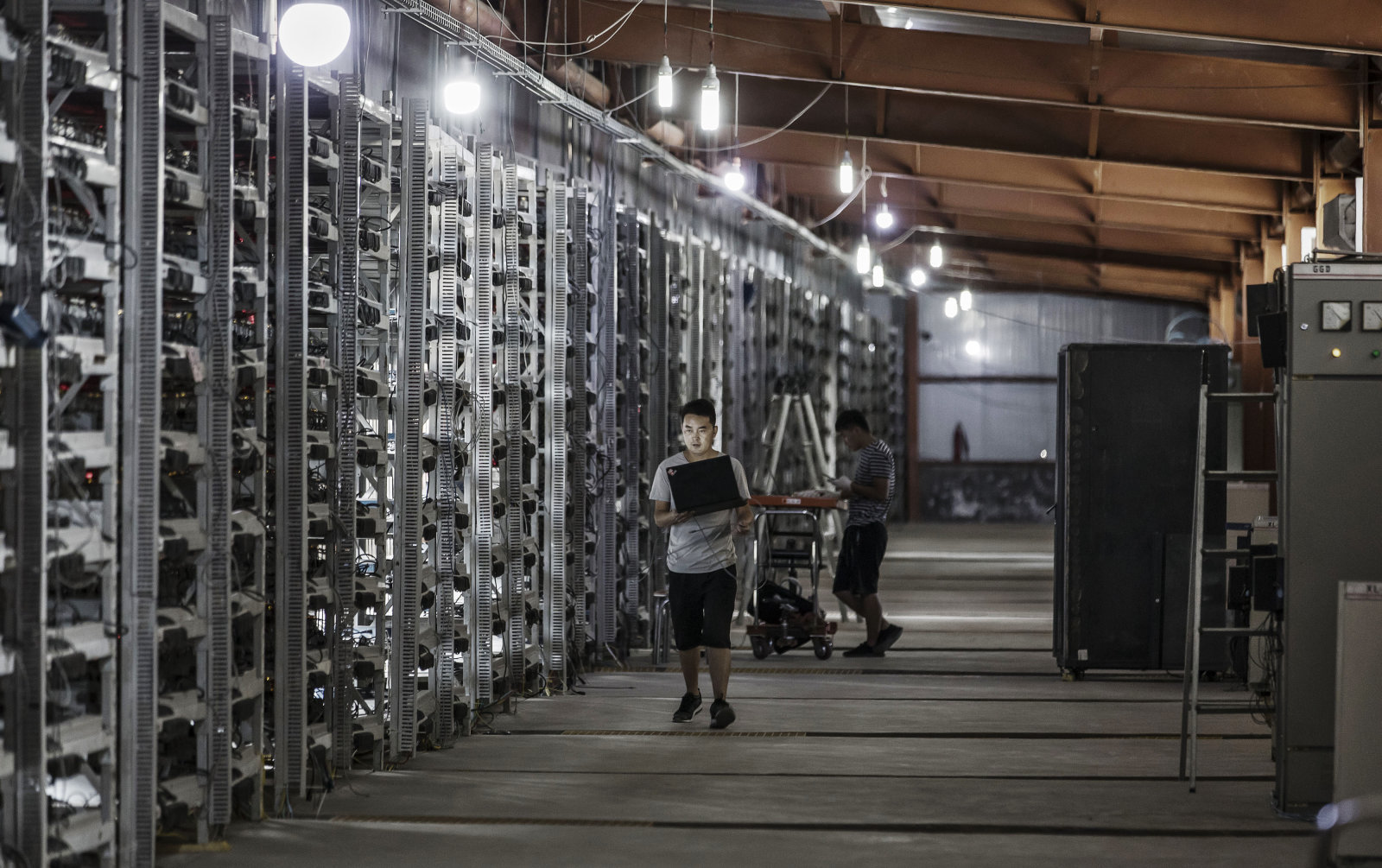 FILE: Technicians inspect bitcoin mining machines at a mining facility operated by Bitmain Technologies Ltd. in Ordos, Inner Mongolia, China, on Friday, Aug. 11, 2017. Bitcoin is showing no signs of slowing down, the price of the largest cryptocurrency by market value is soaring as it gains greater mainstream attention despite warnings of a bubble in what not everyone agrees is an asset. Our editors select the best archive images on Bitcoin. Photographer: Qilai Shen/Bloomberg via Getty Images
SHARE
Contents
Bitmain Is Making Its Mark Once Again When Can We Expect It?

Bitmain Is Making Its Mark Once Again

In addition to Bitmain’s machines, a new air-cooled mining container released by Northern Bitcoin based in Frankfurt, Germany will soon make its way onto the public market.

The new miners are known as S17e and T17e. They are alleged to more efficient and durable that Bitmain’s previous products, as well as more secure. While the costs of the machines are not yet public information, people are eager to get their hands on these new machines and Bitmain is already taking orders. Those who make purchases now can expect to receive their machines by late November – right as bitcoin is alleged (by some analysts) to begin a new trek towards $20,000 per unit.

However, Bitmain is a company known for experiencing delays. That’s what makes these miners more “special.” The company says that it will provide compensation to all customers who pre-order the devices and do not receive them by the set timeframe. In addition, they’ll be eligible to receive larger rewards from the company’s growing mining pool.

While the company has not provided specific comments, this could potentially be to make up for some of its sketchy history in the past. Bitmain, a number one provider of bitcoin ASIC machines, was recently caught mining coins through its customers devices without their knowledge or permission. The company was hit with a class-action lawsuit by several individuals who say the company was profiteering off their energy payments.

Northern Bitcoin, on the other hand, is providing a full container of 144 ASIC miners designed for commercial mining projects. The container is 20 feet long and designed to be kept outdoors. It also comes equipped with a built-in filter that utilizes cold outside air to lower the temperatures of mining machines.

When Can We Expect It?

The new air-cooled technology has been optimized for year-round cool locations. With the new container variant, we are thus extending our option to open up new locations in Scandinavia for our bitcoin mining.

Unfortunately, a date has not been set on the release of the container, nor is there any word on when it will be ready for customers to purchase. At the same time, cryptocurrency mining has grown heavily over the past several years into an industry that’s requiring more workers and more energy with each step, and a 20-foot container is likely to make a solid mark.