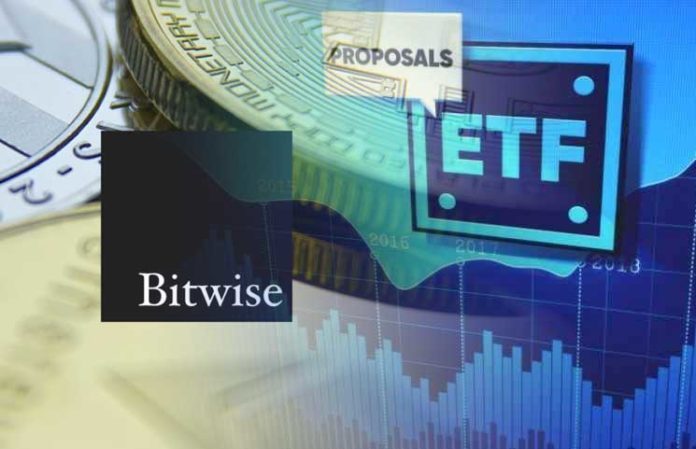 The crypto markets have long been awaiting the approval of a Bitcoin exchange traded fund (ETF), as many analysts and investors alike believe that the cryptocurrency could incur major upwards momentum due to the sheer amount of fresh capital that could be introduced to the markets through an ETF product.

Despite this, there have not yet been any ETF’s to come close to gaining approval from securities regulators in the US, and one CEO explained in a recent interview that he believes that approval of a BTC ETF is imminent.

In a recent interview with Bloomberg UK, Hunter Horsley, the CEO and head of research at Bitwise Asset Management explained alongside Bitwise’s global head of research, Matt Hougan, that he believes many of the SEC’s concerns regarding the prospect of a Bitcoin ETF have been resolved.

Importantly, despite Horsley’s optimism, the SEC has once again delayed their decision on Bitwise’s ETF application that was submitted in January of 2019, with a ruling deadline currently set for October 13th of this year.

Furthermore, he also explained that a lot of progress has been made over the past twelve months, which may be in reference to the crypto markets growing more mature alongside the entrance of institutional investors.

Importantly, Hougan also echoed the sentiment that many analysts and investors have previously offered, which is the strong possibility that the approval of one of these products ushers in a significant amount of fresh capital into the markets.

While keeping in mind the fact that only a small fraction of retail investors are currently invested in the nascent crypto markets, and that only a few institutions have began foraying into the markets, it is clear that there is still significant room for growth in the future.

As for what could usher in a new era of parabolic growth, it is highly probable that the approval of an ETF application would spark a global sense of FOMO that leads Bitcoin to skyrocket higher, lifting the entire crypto markets with it.