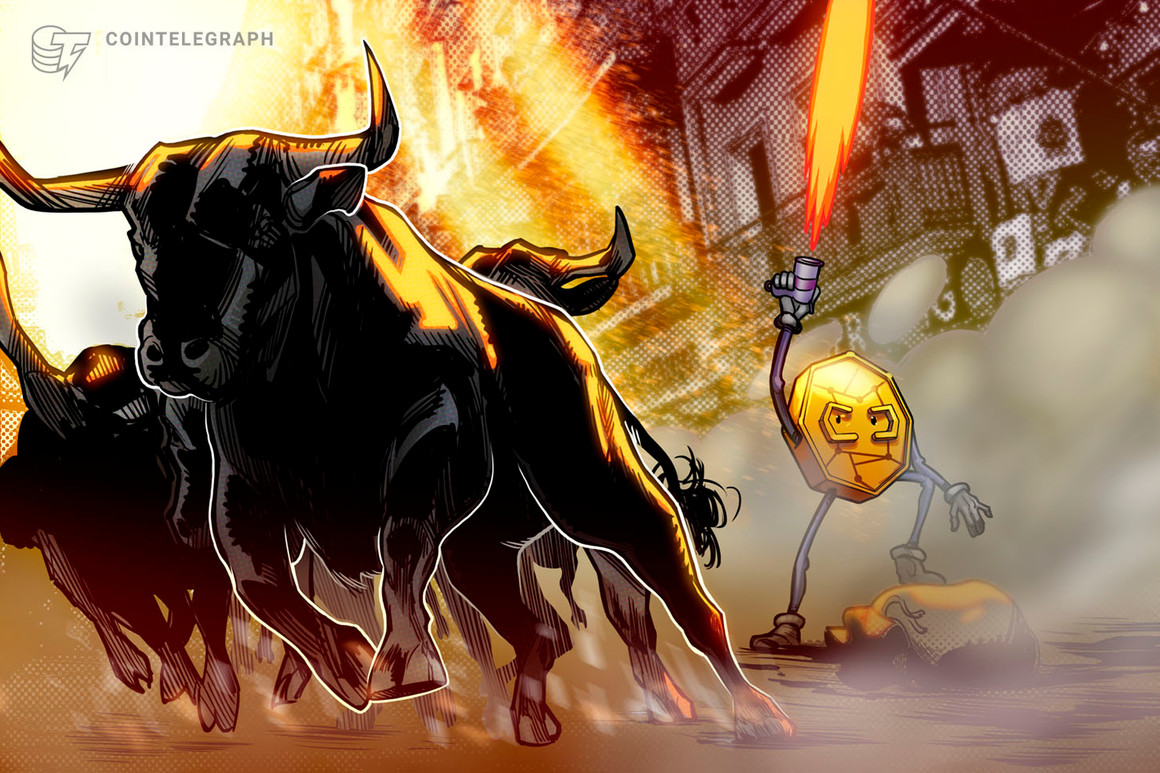 The cryptocurrency[1] markets have been pumping since the announcement of a 75 basis point interest rate hike in the United States, with experts explaining that the markets may have been initially bracing for much worse.

On July 27, the price of Bitcoin (BTC[2]) surged around 8% to the mid $22,500 mark[3] following the Federal Open Markets Committee (FOMC) decision to raise interest rates yet again. Many other top crypto assets surged in price as well, with Ether (ETH[4]), Polkadot (DOT[5]) and Polygon (MATIC[6]) all seeing notable double-digit gains over the past 24 hours.

Quantum Economics founder and CEO Mati Greenspan on Wednesday jokingly questioned[7] whether this was a “bullish rate hike” on Twitter.

Speaking with Cointelegraph, Greenspan noted that investors were clearly expecting worse and suggested this latest bounce is nothing out of the ordinary:

“Markets love going up on Fed days, even when their decision is to be tough. Powell is particularly skilled at delivering bad news. Clearly investors were expecting worse.”

The Fed’s attempts to reel inflation in by increasing interest rates are usually associated with a pullback of investment activity across markets.

However, there are mixed opinions among the community about whether the latest pump will have enough momentum to sustain upward[10] or if there is a significant retracement on the cards before the market starts to fully recover

Don’t you see that price is just ranging between 19k and 23k during a downtrend and with no signs of accumulation?

If you want to buy here, go ahead. Then don’t regret it and cry if the market makes new lows, which is likely.

Pav Hundal, an analyst at Australian crypto exchange Swyftx, told Cointelegraph that the company was “surprised at the exuberance of the reaction to yesterday’s rate hike,” as the underlying macro landscape still seems up in the air:

The Fed is saying one thing and the markets seem to be hearing something else every time we see rate rises. In June, it was the Fed suggesting large rate hikes would be ‘uncommon,’ this time around it’s Jay Powell hinting that the pace of increase might ‘slow.’”

“The best gauge of what’s to come is the underlying economic data and for now at least, it does look like some inflationary pressures are easing, with gas prices falling alongside futures prices for staples like corn and wheat, as well as some shipping costs,” he added.

Hundal went on to note that Swyftx saw a 100% increase in early trading surrounding the news, indicating that “there’s clearly a lot of people who see value in the current market prices.”

The analyst emphasized that a broader bullish or bearish trend will not likely become apparent until the U.S. releases important data relating to the performance of its gross domestic product (GDP) in the coming days, which could signal whether the country is officially in recession or not:

“The good news is we’re not going to have to wait too long to see what happens to the crypto market when any initial volatility washes out. The U.S. is about to release its GDP data and that’s going to be a big stress test. Any negative sentiment here could wipe out recent gains.”

“But if the macro landscape starts to show signs of resilience, we could see the crypto market cap stabilize at the $1 trillion point and rally from there,” he added.