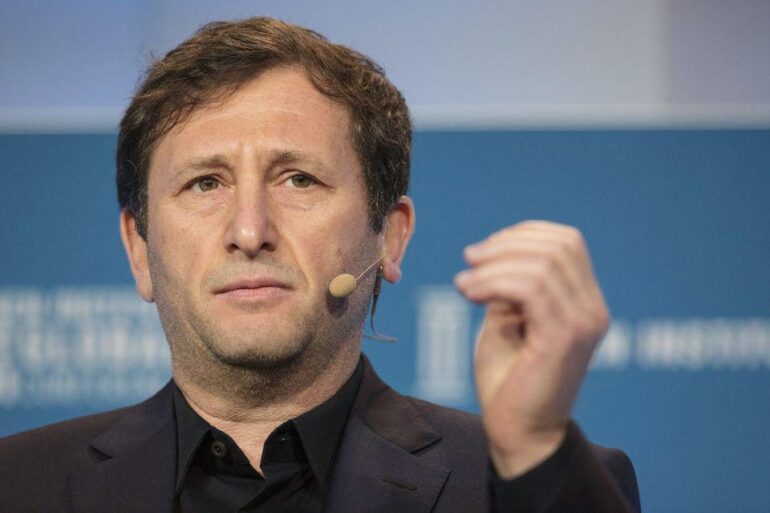 On Tuesday, Alex Mashinsky, CEO of embattled crypto lender platform Celsius Network, submitted his resignation to the company’s board of directors.

The news of Mashinsky’s resignation affected its token price adversely, which fell almost 10% in value.

Celsius Network’s CEO Alex Mashinsky Has Resigned From His Post

In the official press release statement, Mashinsky noted how his position at Celsius had become an “increasing distraction,” leading him to step down from his position as the firm’s CEO. The former CEO further added that he will continue to support the firm in all its endeavours and feels apologetic about the “difficult financial circumstances” that the firm is currently experiencing.

“Effective immediately, please accept my resignation as CEO of Celsius Network Ltd., as well as my directorships and other positions at each of its direct and indirect subsidiaries, except my director position at Celsius Network Ltd. I regret that my continued role as CEO has become an increasing distraction, and I am very sorry about the difficult financial circumstances members of our community are facing. ” The letter reads

The statement went on to further add that Mashinsky will still be assisting the firm in putting the best plan forward and helping the firm overcome its current financial crisis.

“Since the pause, I have worked tirelessly to help the company and its advisors put forward a viable plan for the company to return coins to creditors in the fairest and most efficient way. I am committed to helping the company continue to flesh out and promote that plan, in order to help account holders become whole. “Mashinsky wrote in his letter

The letter and the statement echo Mashinsky’s stance on helping the firm formulate an effective recovery plan that will provide the “best outcome for all creditors.”

“Nevertheless, I will continue to maintain my focus on working to help the community unite behind a plan that will provide the best outcome for all creditors – which is what I have been doing since the Company filed for bankruptcy. believe we all will get more if Celsians stay united and help the UCC with the best recovery plan. I remain willing and available to continue to work with the Company and their advisors to achieve a successful reorganization,” the statement later says.

In a recent press statement, Celsius Network announced the appointment of Chris Ferraro as the company’s new Chief Restructuring Officer and interim CEO.

Ferraro was previously appointed as the Chief Financial Officer of the firm and has credible experience in handling strategic financial proceedings of a company. Per the new statement, Ferraro had earlier worked with JPMorgan Chase & Co. for 18 years, serving various titular roles spanning from Global Head of FP&A to Treasurer of the Retail Bank.

“The Special Committee is grateful to Alex for his dedication to the company and his efforts to assist with the company’s restructuring, We look forward to the company’s continued engagement with the Unsecured Creditors’ Committee and other key stakeholders in our case, under Chris’ leadership, to consummate a comprehensive and expeditious restructuring that maximizes value for all stakeholders.” as announced by Celsius’ special committee members David Barce and Alan Cars

CEL is Down 10% After Alex Mashinsky’s Resignation

Celsius Network’s token, $CEL, has responded negatively to the news of its CEO’s resignation. The sudden resignation resulted in a decline in the token’s price, which was earlier trading at $1.53.

After the announcement of Mashinsky’s resignation went viral, the token registered a notable drop in its price value.