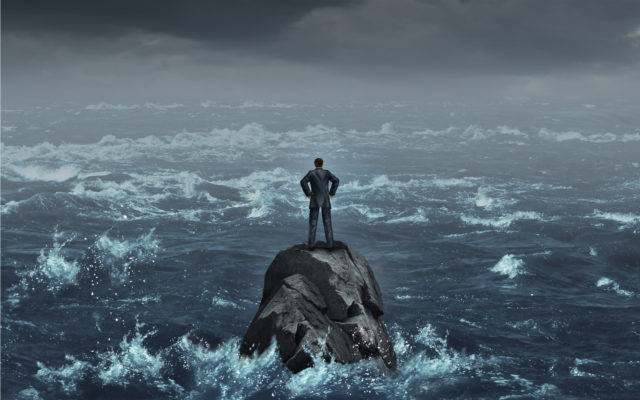 The entire crypto market has turned red today, with Bitcoin (BTC) triggering a slide across most altcoins. But there are two curious exceptions – Chainlink (LINK) and Basic Attention Token (BAT).

This is not the first time that LINK and BAT have bucked the trend. Usually, a handful of tokens will survive a red tide, but especially in the case of LINK, this may be no coincidence. Chainlink already had an altcoin season while other altcoins were stagnating. Not to mention, it also went for an all-time high against Ethereum (ETH) in the last 24 hours:

Can we just take a minute and admire the weekly $LINK/ETH chart as #Chainlink hits an ATH. pic.twitter.com/28U7HvLXKd

Granted, those two tokens have significantly higher adoption. BAT is on offer through Coinbase, and LINK has a robust presence on Binance. Both projects are rare unicorns in the crypto space, in that they have a working product. In the case of BAT, the token is used within the Brave browser, and has utility as an internet advertising tool. The Brave browser also gained more than 8 million active monthly users which is undoubtedly helping boost the token’s success.

8 million monthly active users for @brave, nearly 400 privacy-preserving ad campaigns that reward users with BAT, and more regions for opt-in Brave Ads! Thank you to all our users and partners as we expand our platform for a better Internet. https://t.co/Z7MsZ3Rsa2

Chainlink has achieved partnerships in providing oracle services to multiple projects, including Google and Oracle, establishing itself as one of the most useful blockchain-based projects.

However, both of those assets have exhibited increased volatility. Analysts see a pattern of pump-and-dump activity, especially in the case of LINK. The token is highly reliant on its Binance trading activity, where most of the volumes are concentrated. But the project is also boosted by its presence on Coinbase Pro.

LINK currently trades at $2.69, up around 3.5% in a day and more than 12% net since last week. While there is no clear promise, LINK could head for a Coinbase listing, increasing its liquidity. BAT traded at $0.24, adding 10% in the past few days. The token peaked above $0.43 during its most recent rally in the spring, and looks like repeating the upward trend, with growing trading volumes.

LINK and BAT are also among the new group of “elite” altcoins,which receive noticeable inflows from both the BTC and Tether (USDT) markets. Even if the activity of the coins is a pump, the two assets are still more reliable in comparison to obscure digital assets. The availability of well-established markets and pairings, as well as a vetted presence on US-based exchanges, makes BAT and LINK reasonable choices with significant upside potential.

So the success of LINK and BAT may be due to the fact that other post-ICO projects simply failed to deliver. Newer tokens are also highly risky, and most other projects lack the same liquidity. The gains for LINK and BAT are thus a self-fulfilling prophecy.

What do you think about the performance of LINK and BAT? Share your thoughts in the comments section below!