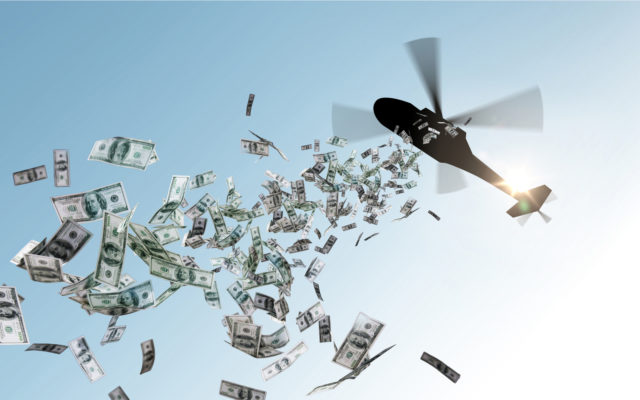 The Chinese central bank has pumped nearly $30 billion into the economy after recent data showed a slowdown. Chinese crypto investors may get another lucky break if the funds overflow into the sector.

People’s Bank of China injected $28 billion through loans to commercial banks, reported Bloomberg. The sum, equivalent to $200 billion yuan, will be available for a year-long term. The central bank accelerated the new cash injection, which was expected this November 5.

China’s economy has been awash with cash, through a combination of direct injections. After the trade war with the US slowed down economic output, the central bank took measures, by reducing the reserve requirements of banks, and lowering the costs on corporate loans.

“They probably want to inject more long-term liquidity” to ensure ample supply during the tax payment season in mid-October and to support the economy, which is still facing growth pressure,” said Becky Liu, head of China macro strategy at Standard Chartered Plc.

While those cash injections are not new for China, this may be another boost to the local crypto sector. At least some of the excess wealth finds its way into crypto trades. Despite China’s capital controls and attempt to avoid fiat-to-crypto conversions, there are ample opportunities for the space to still benefit.

Mining is one way that Chinese crypto enthusiasts gain access to coins and subsequently, fresh fiat. With hashing activity near peak performance, Chinese miners may have found a way to redirect some of the liquidity.

There are also reports that peer-to-peer trading is picking up. Alipay and WeChat’s payment app denied to have allowed crypto transactions, but observers claimed that indeed the apps are used to make crypto purchases.

Usage and trades of Tether (USDT) also allow the conversion of yuan to funds that can be moved freely across borders.

But this may not be the last intervention of PBOC. In the coming months, the maturity of 400 billion yuan instruments is expected. The bank may lower its rate toward 3.2%, to boost economic growth. Third-quarter economic growth in China is expected at 6.1% year-on-year, the slowest pace since 1992, diverging from previously seen red-hot, double-digit growth.

What do you think about China’s drive to boost the economy with extra liquidity? Share your thoughts in the comments section below!