The benchmark cryptocurrency has jumped in the absence of any solid catalyst. Traders continue to speculate on an extended bullish momentum based on technical anecdotes. Nevertheless, Bitcoin appears to have given up on indicators – and it seems more in the spell of a glowing risk-on sentiment.

At the start of this week, Bitcoin tailed the gains in the US stocks. The American equities, in turn, rallied as the mainland China’s CSI 300, a gauge of country’s most significant stocks listed in Shenzen and Shanghai, climbed almost 6 percent on Monday – to its highest level in five years. 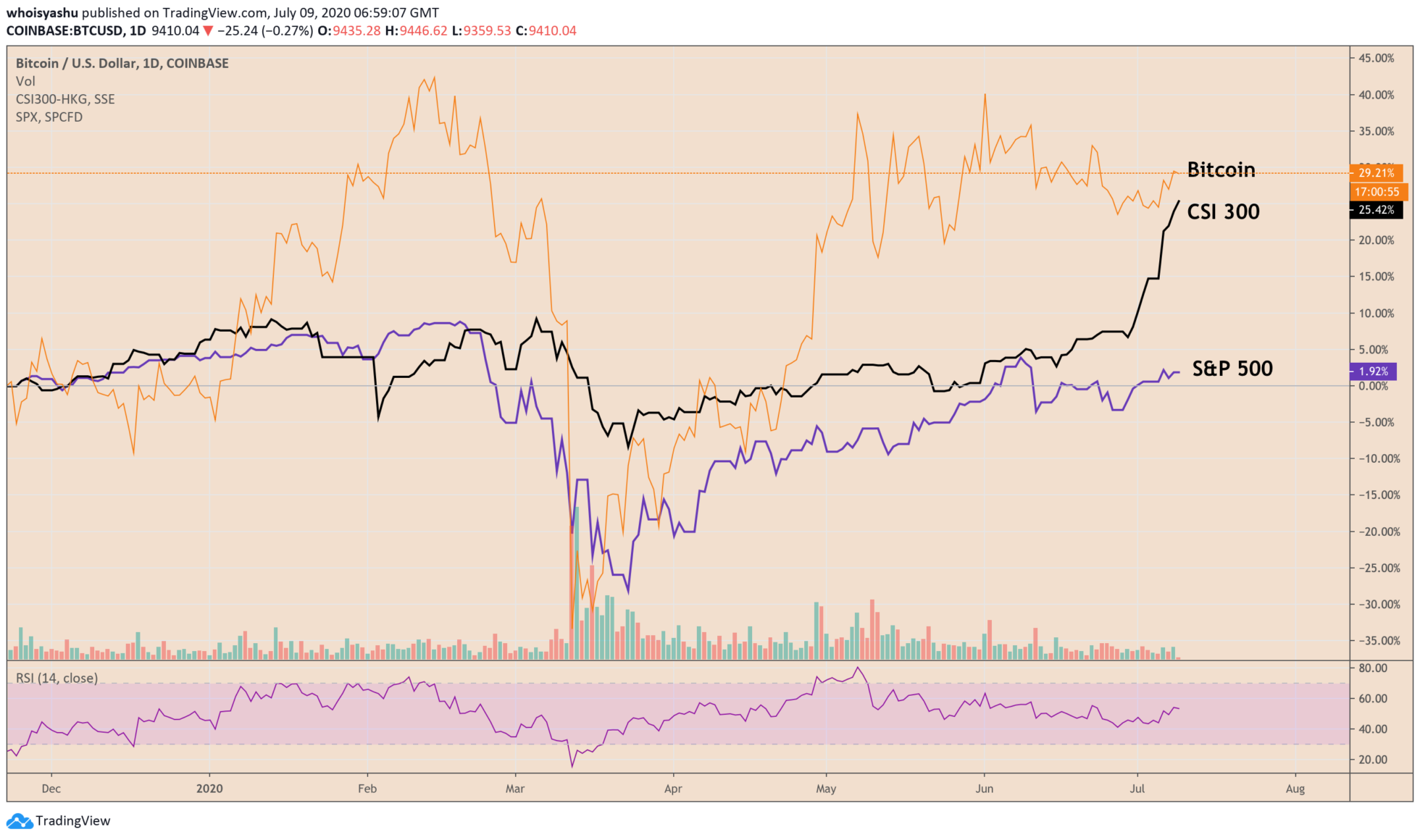 The CSI 300 continued its rally, jumping another 1.1 percent on Thursday. It allowed the S&P 500 and Bitcoin to maintain their weekly gains, despite modest downside corrections.

Bitcoin may continue its bull run to break above $9,500, a technical resistance highlighted by a plethora of analysts. Nevertheless, the cryptocurrency appears at risk of a massive downside correction. The reason is China – again.

Data service Wind in its Wednesday report stated that the margin loans to buy Chinese stocks surged to their highest levels since 2015. As of Tuesday, traders had borrowed $184 billion worth of renminbi from brokers, many of them via newly opened trade accounts.

The event served as a reminiscent of a fractal from five years ago. In 2015, China’s state media encouraged investors to put their capital in stocks despite a weakening economic backdrop. The period also saw a gradual increase in margin lending, leading CSI 300 up by 100 percent.

However, the rally fizzled after nearly a year, with China’s stock market crashing by almost 40 percent. 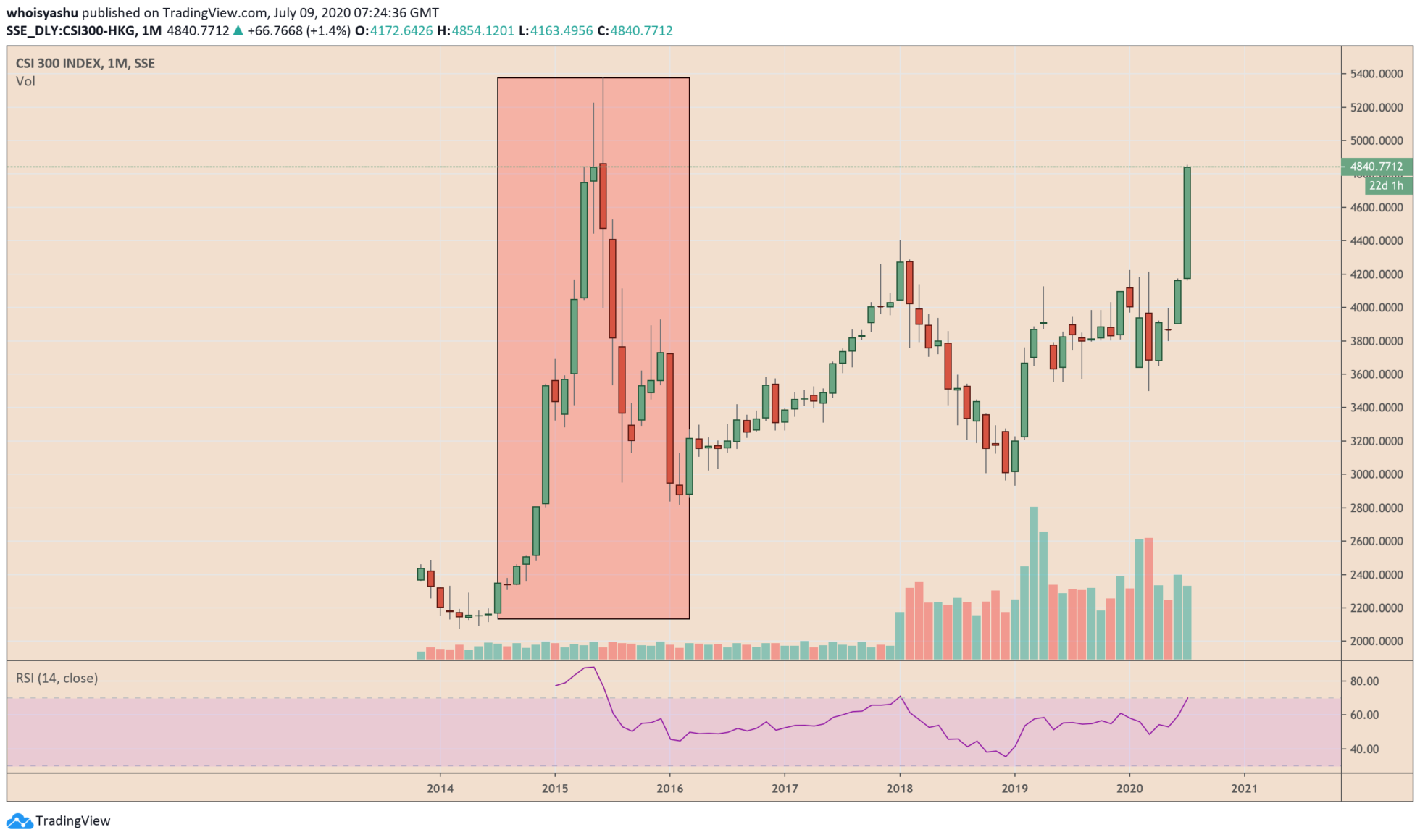 Margin trading is risky because if a collateral’s value fails, then a borrower has to maintain the minimum balance by depositing more cash or securities. That typically leads them to sell their most profitable holdings for fiat.

The same phenomenon played a crucial role in crashing Bitcoin back in March 2020. Traders who suffered massive losses in the stock market sold the cryptocurrency to cover their margin calls. Bitcoin was sitting atop 40 percent year-to-date profits before the crash.

Hao Hong, head of research and chief strategist at Hong Kong-based Bocom International, meanwhile stated that about 12 percent of daily trading volumes in the Chinese stock market comes from margin accounts. That clear puts its recent rally at risk.

Bitcoin, meanwhile, trades upward under the fears of becoming a liquidity scapegoat whenever the next stock market dip occurs.

Photo by Julie Laiymani on Unsplash