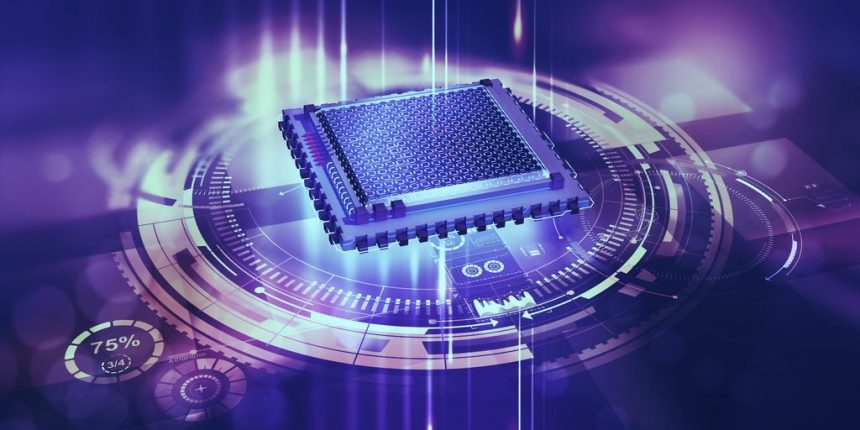 While the world continues to reel from how far artificial intelligence has come with projects like ChatGPT, Chinese researchers recently claimed that they have been able to crack encryption using quantum computing—something scientists have assumed was years away from happening.

A group of Chinese researchers published a “scientific paper” last month that said they used quantum computers to break a standard RSA algorithm that many industries—including banking, mobile phones, and data storage—use for their encryption measures.

According to the Financial Times, the Chinese researchers said they had used their algorithm to factor a number with 48 bits on a quantum computer with ten qubits (quantum bits) and that they had not yet tried to scale it up to work on a much bigger system.

While the claim has raised some concern about the state of the art in security, many experts consider the breakthrough to be impossible—at least for now.

“A colleague of ours calls it the biggest hoax he has seen in about 25 years,” Global Quantum Intelligence CEO & Co-Founder Andre Konig told Decrypt in an interview. “The paper itself doesn’t announce anything really new.”

Konig calls the paper’s claims hype-driven and a spin on existing methodologies and approaches, lacking a proof of concept that would demonstrate the successful breaking of current encryption standards.

Encryption helps protect information from being accessed even when it’s intercepted by hackers, malicious actors, or nation-states that might try to steal personal or financial data. This secure means of scrambling and unscrambling information is key to blockchains like the Bitcoin network and cryptocurrency in general, which stores things like transaction details on a decentralized ledger made widely accessible over the internet.

What is Quantum Computing?

Quantum computing uses quantum mechanics to perform operations on data at much greater speeds than modern computers. Many times more powerful than an average desktop PC, quantum computers are attractive in calculation-heavy cryptography, but are much more challenging to build, program, and use. Their speed and processing power, crypto enthusiast fear, may one day be able to break the encryption used to secure Bitcoin.

“Some people in our industry call it Y2Q,” Konig said. “Y2Q,” Konig noted, is the unknown moment in the future when quantum computing achieves a mainstream breakthrough—referenced the way “Y2K” was used in the late 1990s in the computer industry. At the time, the industry looked to midnight, December 31, 1999, as the day when computers worldwide would go down, causing a global meltdown.

Konig says that while researchers do not know when Y2Q will happen, the industry is exploring the possibility of the day when quantum computers come into their own. “I think it’s going to take about ten years to happen,” he said. “But if you’re one of these providers with critical information, you need to worry about it today.”

What is the threat to Bitcoin?

Bitcoin has never been successfully hacked, but many see brute force attacks using quantum computers as the likely tool someone would use to take down Bitcoin.

According to the cybersecurity firm Kaspersky, a brute force attack uses trial-and-error to guess strings like login credentials and encryption keys, working through all possible combinations hoping to find a match. With current technology, these attacks can take years, even decades, to succeed.

“It would completely and utterly destroy the market,” David Schwed, COO of the blockchain security firm, Halborn, told Decrypt. “But it’s not just crypto; it’s anything encrypted; whether you’re breaking ECDSA (Elliptic Curve Digital Signature Algorithm) or breaking RSA, you’ll be able to break any encryption.”

Schwed believes that if researchers were successful in developing quantum computing, the first target would not be cryptocurrency but massive stores of leaked and stolen encrypted data that nation-states have accumulated over the years.

“[They are] just waiting for the day that they can decrypt that data,” he said. “That, to me, would be more concerning, not necessarily to crypto.”

Schwed and Konig agree that announcing the ability to break encryption would be odd for a country to do.

Who is Working on Quantum Computing?

While quantum computers may still be years away from posing a threat to encryption and cryptocurrency, several companies—including Google, Microsoft, Amazon, Raytheon, and Lockheed Martin—have entered the race to bring quantum computing to the market.

“I think [it’s] extremely urgent,” Konig said. “Because no matter if it takes five years, ten, or even 15 years, patching your systems is going to take up considerable resources. So you really have to get started today.”