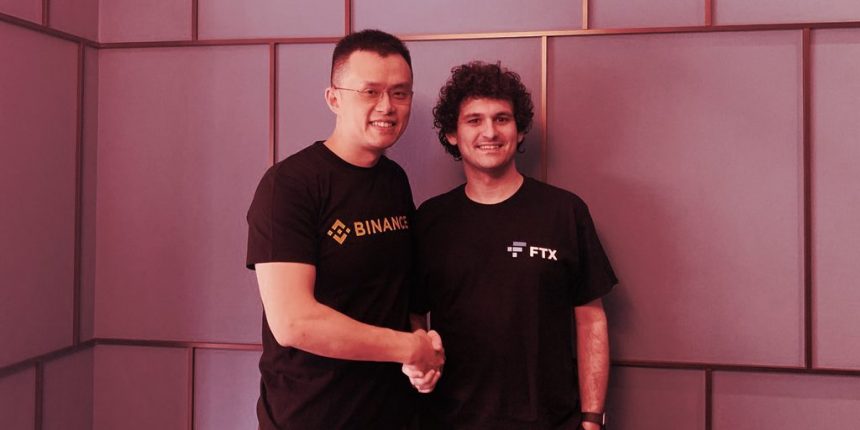 Changpeng “CZ” Zhao has continued to clarify his stance on Sam Bankman-Fried, as the disgraced FTX founder continues to ramble on Twitter.

Following FTX’s collapse and allegations of fraud and mishandling customer funds, Zhao told CNBC Thursday that he was “never against” the now-disgraced SBF, whose $26 billion-dollar net worth has since plummeted to zero.

“We don’t focus on other smaller exchanges,” Zhao said in an interview.

While Zhao’s publicized selloff of FTX’s token FTT may have triggered a broader selloff of the token and contributed to FTX’s liquidity crisis, Zhao said the move wasn’t done out of malice or rivalry.

“We were never in a battle with him. He may think he’s in a battle with us. We didn’t even notice. We did hear some concerns about, you know, him badmouthing us behind our backs in D.C., in other political lobbying circles,” Zhao shared.

Binance was one of FTX’s earliest investors. When Zhao felt things had turned sour, he wanted out.

“We just said, ‘Look, we don’t wanna be entangled, we just want to exit our equity portion.’ We did that a year and a half ago. And as part of that transaction we got some FTT tokens,” he said.

Zhao also said he wasn’t aware of the extent of FTX’s dealings behind closed doors.

When asked if regulation could have prevented FTX’s collapse, Zhao said he doesn’t think so.

“Regulations could minimize some of the problems, but when a person lies—when there’s a bad player that just wants to do bad things—regulation doesn’t prevent it.”

The Binance CEO also clarified that his exchange’s U.S. arm complies with U.S. regulations and has 44 different state licenses.

“We shouldn’t blame this problem on any single person, other than Sam,” he said.