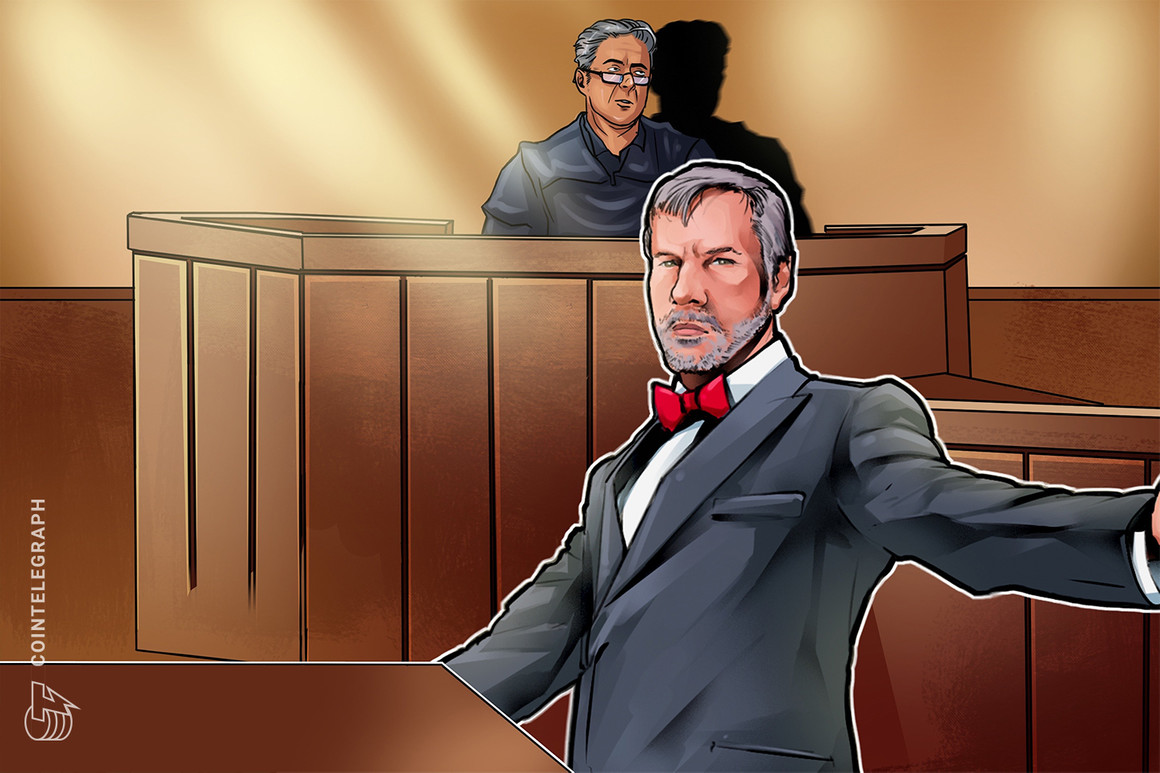 Karl Racine, Attorney General for the District of Columbia in the United States, has announced that his office has sued business intelligence firm MicroStrategy and its co-founder Michael Saylor for charges related to tax evasion.

In a Wednesday Twitter thread, Racine announced[1] a lawsuit against MicroStrategy and its previous CEO Michael Saylor, claiming that he “never paid any DC income taxes” and the company “conspired” to assist him in evading paying for taxes. According to the attorney general’s office, Saylor owes[2] more than $25 million in taxes for income earned during his time as a DC resident, but penalties from both the former CEO and MicroStrategy could total more than $100 million.

“With this lawsuit, we’re putting residents and employers on notice that if you enjoy all the benefits of living in our great city while refusing to pay your fair share in taxes, we will hold you accountable,” said Racine.

NEW: Today, we’re suing Michael Saylor – a billionaire tech executive who has lived in the District for more than a decade but has never paid any DC income taxes – for tax fraud.

According to Racine, the charges stemmed from the Council of the District of Columbia amending the district’s False Claims Act to encourage whistleblowers to report[4] residents evading tax laws. The attorney general’s office has enforcement authority under the amended legislation, and said it has the power to impose “treble damages” for three times the amount of taxes owed — in Saylor’s case, $75 million. A whistleblower originally filed a complaint against Saylor in April 2021.

“With the suit, OAG is seeking to recover tens of millions of dollars in unpaid income taxes and penalties.”

Among the attorney general’s office’s claims were allegations MicroStrategy had “detailed information confirming” Saylor’s residency in DC, but “collaborated with the former CEO to “facilitate his tax evasion” rather than reporting it to authorities. Under DC laws, individuals who “maintain a residence in the District for at least 183 days during the year” are required to pay local taxes. Authorities said Saylor had been living in a 7,000 square foot penthouse in Georgetown — where he “docked at least two of his luxury yachts” — since 2005.

“Saylor avoided paying more than $25 million in DC income taxes by claiming to be a Florida or Virginia resident,” alleged the AG’s office. “[MicroStrategy] actively conspired with Saylor to enable his fraud, including by filing inaccurate W-2s with the address of his property in Florida rather than his home in DC, and by failing to withhold and remit DC taxes.”

In the United States, many individuals with a high net worth are able to consult with legal experts and exploit loopholes to reduce their tax burden, leading to criticism from many lawmakers and U.S. residents. However, government officials have also incentivized many companies to set up shop in their respective jurisdictions by offering tax breaks, as was[5] the case with Amazon’s offices.

On Aug. 2, Saylor announced that he would step down[7] as the CEO of MicroStrategy, a company he helped to co-found in 1989, to assume the new role of “executive chair.” At the time, Saylor said splitting the roles would help the firm pursue its strategy of “acquiring and holding Bitcoin.” Former MicroStrategy president Phong Le became the firm’s CEO on Aug. 8.

Cointelegraph reached out to MicroStrategy, but did not receive a response at the time of publication.