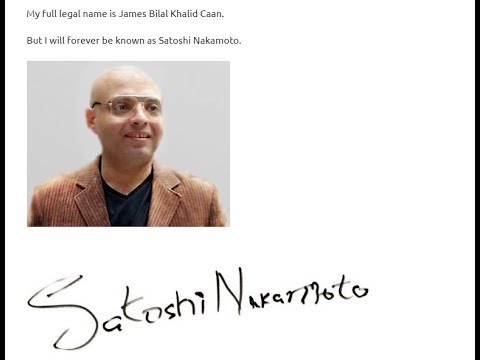 SHARE
Contents
Satoshi Nakamoto Still at LargeThis Because That… And Those 980,000 BitcoinThere’s More, But Who Really Cares At This Point?

You couldn’t make it up… except of course, that someone did. Following the interesting first part of the latest self-proclaimed Satoshi Nakamoto ‘reveal’, part two gave us an actual name. Unfortunately it gave us little in the way of compelling evidence to convince us that this was the name of the man who created Bitcoin. It all came across as more of a contrived excuse for why he couldn’t prove it.

The first instalment of the ‘reveal’ may have rambled its way through decades of extraneous detail, but the weaving in of the Bitcoin story was quite neat. Whilst perhaps a little contrived, it gave us enough points of contact to be plausible, without completely undermining itself.

This was unfortunately not the case with part two. The rambling torrent of unnecessary minutiae was still there. But this time the ‘circumstantial evidence’ was largely replaced by unlikely explanations for anomalies.

This alleged Satoshi Nakamoto pretty much shot himself in the foot right from the start:

As an avid lover of numerology and astrology, I use both in my day-to-day life.  I do believe God is the ultimate mathematician…

A hint of numerology may be an almost acceptable interest for a cryptographer. But no rational human being would even associate with an astrology believer, much less actually be one, and use it in day-to-day life.

Even the numerology was contrived and clumsily applied. We found out why he chose certain dates, a 21 million bitcoin cap, even different email addresses. It was all just a bit… post-rationalised.

The ‘reveal’ explained the original Satoshi’s writing style… and why it has changed for this reveal.

Apparently he didn’t want to give himself away as a non-native speaker, so sent random paragraphs to be corrected by different editors. Allegedly, all of these editors were originally trained as typists, so used double space after a full-stop. This became part of Satoshi Nakamoto’s ‘style’.

Supposedly he has also actively tried to make his English language worse since disappearing, so that he won’t be recognised as Satoshi.

Of course, he could easily convince the world that he is Satoshi by moving some coins. Except that, of course, he can’t. Wracked with paranoia over someone discovering his identity, he always completely wiped any drive that he used either locally or remotely. He just kept one copy of his wallet and no back up. And then he lost it when a hard drive failed and the shop cheerily told him they’d replaced it free-of-charge.

Well at least he bothered to come up with a reason that he can’t transfer any, eh Craig?

There’s More, But Who Really Cares At This Point?

Embarrassed at losing what would later become $19 billion worth of bitcoin, Satoshi settled down, got married, and got a job working for the UK National Health Service (NHS).

There are other spurious details that don’t fit, like a “lethal” back injury, which he miraculously survived. He also took advice from an unbelievably sage colleague at the NHS, who had a far deeper understanding of Bitcoin and what Satoshi should do in regards revealing himself, than most of the crypto industry.

I almost can’t bring myself to reveal the name, but you’ve made it this far…

Born Bilal Khalid in Pakistan, he now resides in the UK. He watched the film, The Godfather, and changed his name to James Caan, believing himself to be ‘the godfather of digital cash’. His wife made him keep his birth name, so he is now James Bilal Khalid Caan.

There’s also a badly digitally-altered photo. There will be no promised part three, as it was combined into part two. However we are promised an incoming shill for Tabula Rasa, his ‘clean-slate vision’ for Bitcoin.

‘I will forever be known as Satoshi Nakamoto.’ he concludes.

That’s not something that I’d put any money on.

Are you convinced by this new Satoshi Nakamoto reveal? Let us know your thoughts in the comment section below!