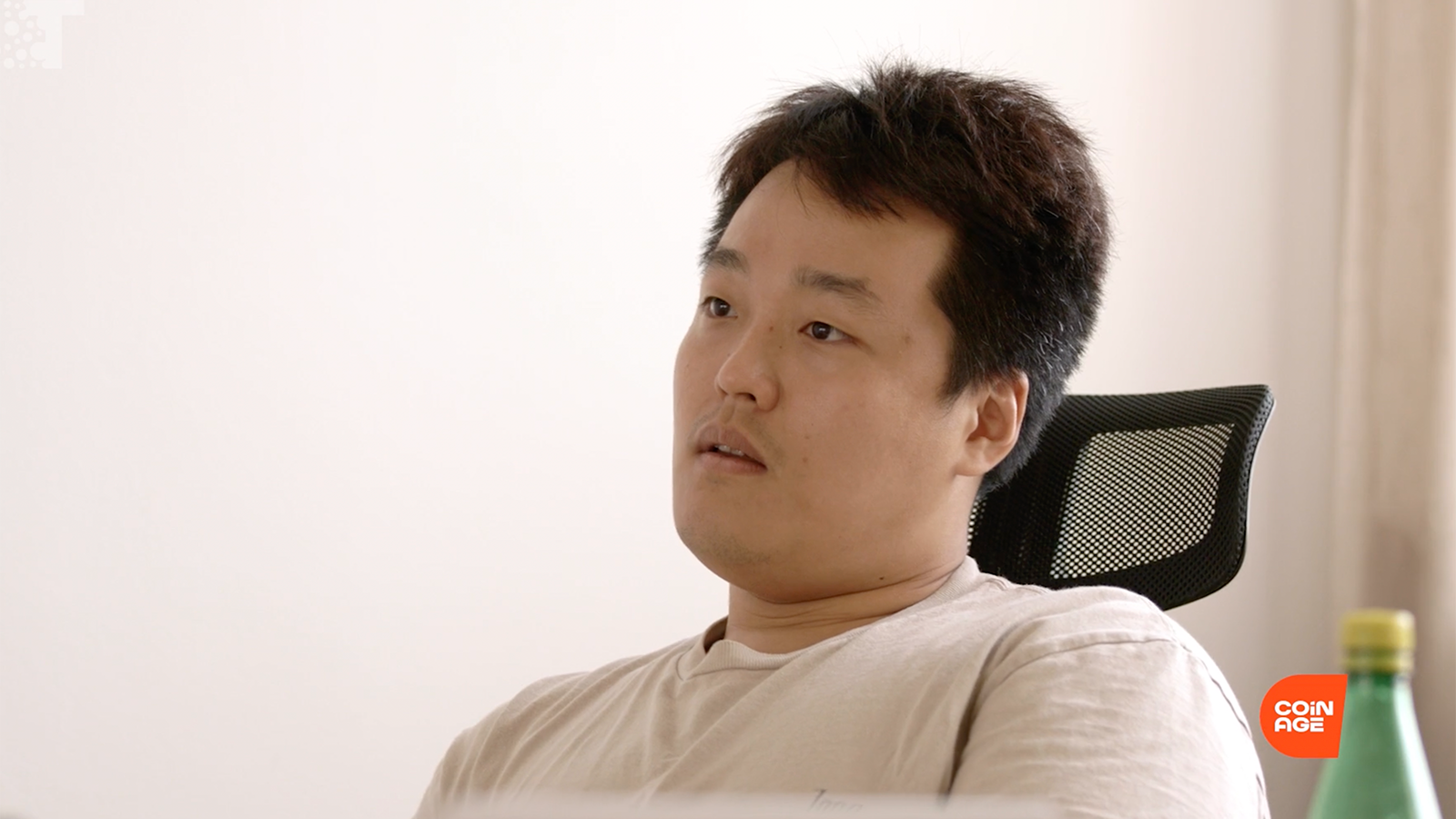 SHARE
Contents
What happened to the LFG funds?The future of Terra 2.0“In hindsight, I think we should have been more skeptical”

Do Kwon named his only child Luna, so he has more than a professional interest in seeing to it that the blockchain token of the same name isn’t remembered merely as an epic failure.

The Terraform Labs (TFL) CEO, in an interview with Coinage, Kwon’s first since the collapse, revealed some new details surrounding the events of the collapse, albeit information that is difficult to verify independently.

In a segment of the interview released earlier this week, he hinted that a leak within his own company was partly to blame for the destructive TerraUSD (UST) death spiral. The latest installment expands on that view, citing specific pieces of information that only TFL staff should have known.

Kwon said the timing of the planned withdrawal of UST liquidity from the stablecoin’s main Curve pool was only known by TFL employees. The drop in liquidity made it easier for an attacker to push the stablecoin off its $1 peg on May 7.

He also revealed that the entire leadership team were on their way to Singapore for meetings, dampening the company’s initial response.

“So, there was probably some information flows that we’re not aware of to this day,” Kwon told Coinage.

What happened to the LFG funds?

The fate of a massive stash raised to help short up the peg in an emergency — by the so-called Luna Foundation Guard (LFG) — has been a topic of much speculation.

The team initially underestimated the pace of UST selling — “we weren’t particularly concerned,” Kwon said. But as the sheer volume of UST being dumped into the orderbooks picked up, they felt compelled to deploy the LFG’s bitcoin reserves, according to Kwon, who denied the funds were used to “cash out whales” — big UST bagholders.

“I don’t have visibility into where they put the bitcoin after LFG settled to the market maker. But like, just in terms of how much UST they were able to buy back, it matches.”

“And in terms of like doing like OTC trades to like cash out whales: a) I don’t think they would have done that, and b) even if they were to do something like that, if, if these whales weren’t able to [trade], they [would’ve sold] anyway,” Kwon told Guzman, “whatever the effective price of UST happen to be at that given point in time.”

Kwon said he intends to keep building and isn’t going anywhere. But the next incarnation of the Terra blockchain will be more community focused and not have him as the center of attention.

“I think the core of that community still lives on and I think they are primed to launch interesting things on top of Terra 2.0 independent of the things that we do,” Kwon said.

“I’m always going to be doing things on Terra and for the Terra community, this is my home and this is where I feel like there’s the brightest future and most of Terraform Labs is still in,” he told Coinage.

The executives and his legal team may have jumped ship, but Kwon claims only two developers have left the company despite the crash.

He’s also looking at options to airdrop additional funds to victims of the UST collapse, using the LFG reserves of 311 BTC (around $6.7 million) and a chunk of Avalanche’s AVAX native asset, which were not spent during the crisis.

Once the UST holders are properly accounted for, the plan is to liquidate the LFG’s holdings and “begin the process of making small holders get the airdrops.”

“In hindsight, I think we should have been more skeptical”

Kwon said he became convinced that his brainchild “was simply going to work” and neglected the kind of risk assessment that many critics were screaming for.

He even lost multiple bets on the future price of LUNA with skeptics on Twitter, including a $10 million bet to the trader known as GiganticRebirth.

“I think I should have known the risks of UST much better…I just saw it gaining in Lindy, gaining in popularity, gaining more integrations, and it just sort of became this thing that sort of inspired so much people in crypto generally, the idea of a decentralized stablecoin and I saw UST as that thing that was almost inevitable and was poised to become the money for all of crypto.”

At the same time, Kwon said he can’t blame anyone who shorted LUNA and profited from its fall.

“You cannot be emotional about markets, right? You can’t blame people for shorting. You can’t call people idiots for longing. But people just make those trades. Markets are dispassionate and they move the way that they will.”

Being emotional is the path to becoming “a shell of a man for several years,” he told Coinage.

“But I do intend to do really interesting work.”

The post Do Kwon: “I Think I Should Have Known the Risks of UST Much Better” appeared first on Blockworks.