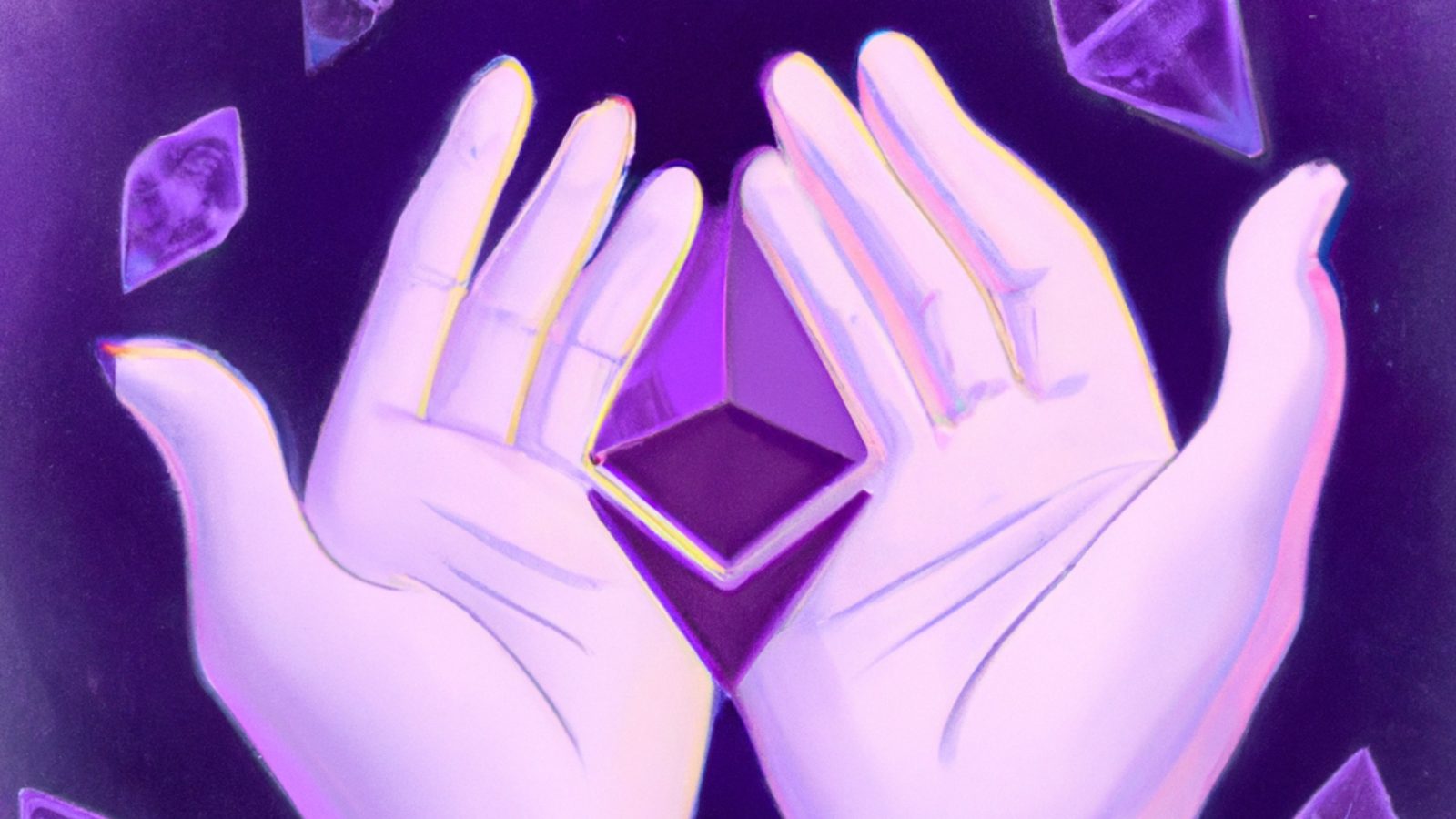 As the Ethereum Merge approaches, some ether holders are eyeing the opportunity to get their hands on the spoils of a fork that would eschew proof-of-stake and stick with proof-of-work (ETHW).

Many companies and protocols have already made it clear that they will be moving their operations entirely to Ethereum’s canonical post-Merge proof-of-stake blockchain. That includes major stablecoins, the world’s largest NFT marketplace and decentralized exchange, meaning that the forked PoW chain ether will pale in comparison to the real thing.

So why, then, are people still trying to keep their ETHW tokens?

“Many people sold it, others held on to it, but it was essentially seen as free money,” Bentley said.

Similar to previous forks, such as Ethereum Classic, Bitcoin Cash and Bitcoin SV networks, existing holders of ether (ETH) will be able to switch to the forked chain and control an equal number of ETHW tokens. Futures markets estimate these will be worth, about 2.5% of Ethereum’s market cap, Bobby Ong, co-founder and chief operating officer of CoinGecko, told Blockworks.

“Assuming prices stay constant and the Merge snapshot is taken now, this means all existing ETH holders will get ETH PoW tokens as well — in other words, another token worth [2.47%] of your ETH holdings,” Ong said.

For non-ETH holders, however, Ong says that buying the token in hopes of making money from the ETHW token can be quite risky.

“It is expected that price will run up as more people buy ETH to get the PoW tokens only to subsequently drop off after the Merge,” Ong said.

Rather than buy spot ETH, speculators might avoid the risk right before the Merge by borrowing ETH from lending protocols such as Compound, Aave or Euler.

For example, an individual can put $1,000 worth of USDC into a lending protocol to borrow $500 worth of ETH. If you hold on to that loan in your personal wallet during the fork, you’ll have $500 worth of ETH that will generate ETHW tokens, which you can, in theory, then sell for roughly $12.50.

“The complexity of course, is that nothing in this world is really free,” Bentley said. “If you’re borrowing something, you will have to pay interest to the lenders of that coin.”

How are lending protocols are responding?

With the expectation that people will be borrowing ETH from lending protocols — high utilization becomes likely and DeFi (decentralized finance) lending protocols are all taking different approaches to mitigate the risks.

“If utilization reaches 100%, this means that anyone who has ETH deposited cannot even withdraw their ETH, as it has been fully lent out,” Ong said.

In the case of Aave, many people deposit stETH as collateral to borrow ETH to trade. With the possibility that the price of stETH will be volatile leading up to the Merge, borrowers could easily find themselves falling below liquidation ratios, Ong said.

As ether is in demand, more stETH holders will be willing to sell back to the native asset at a discount via the Curve Finance liquidity pool which could reduce the value of stETH. The price of stETH slipped to as low as 0.955 ETH on Tuesday.

Borrowers using stablecoins as collateral are at even greater risk.

“If the price of ETH goes up very aggressively in the hours leading up to the Merge, those that have ETH borrowing positions may also suddenly find their position undercollateralized,” he said.

To avoid this, Aave has passed a governance proposal to pause ETH lending temporarily.

Compound’s governance has the same concerns, but takes a different approach to resolve them. Under a proposal currently up for a vote with unanimous support, the protocol will set the borrowing cap at 100,000 ETH and updated its interest rates to a model with a maximum of 1,000% APR reached at 100% utilization.

“The proposed changes should help reduce risk of the cETH market reaching 100% utilization,” the proposal states.

For Euler, Bentley has advocated that the protocol take no measures for now.

“If you do nothing, then people can prepare and decide what’s right for them,” Bentley said.

“It might be that utilization goes up on Euler sooner rather than later, but I think what might happen then is that people from other protocols might be drawn to that high utilization and high interest rate, that might bring in more lenders to the actual protocol.”

This is exactly what happened between Compound and Aave on Wednesday, ahead of Compound’s ETH borrowing cap implementation.

As it currently stands, much of what is happening in the DeFi lending space is based on speculation, and no one knows what will actually happen until the Merge takes place next week.

“For most users, the simple option is most likely to not do anything or have their ETH stored in an exchange that has announced that they will support ETH PoW as they will just find their ETH holdings credited 1:1 with ETH PoW tokens after the Merge,” Ong said.