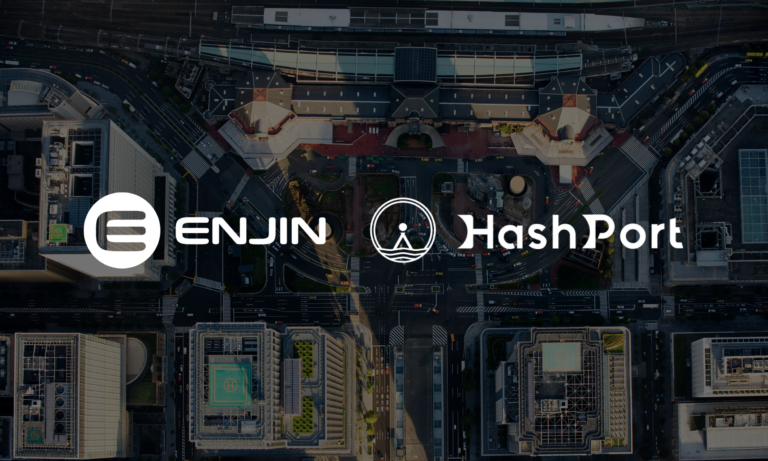 For a number of years now, Japan has been a home of the cryptocurrency industry. The controversial and now-defunct Mt. Gox, the legendary exchange that brought Bitcoin to the mainstream and to thousand of retail clients, was headquartered in the Asian nation; local stores, such as Bic Camera, accept cryptocurrencies; there exists a budding blockchain and cryptocurrency industry in Japan; and even the moniker “Satoshi Nakamoto” has Japanese roots.

Thus, it should come as no surprise that industry firms are trying to penetrate the Japanese market.

Enjin, the prominent blockchain gaming startup behind the Ethereum-based Enjin Coin (ENJ), recently bagged a partnership that may allow it to make a proper sortie into the region.

Announced earlier this month, the startup has entered into a “strategic partnership” with HashPort, an up and coming accelerator with a focus on the blockchain industry.

Per an Enjin press release obtained by Ethereum World News, HashPort will be Enjin’s business liaison in Japan. In doing this, HashPort will be able to give its new partner a much better platform in Japan, potentially allowing for the listing of ENJ on local exchanges (which are normally very stringent due to the Mt. Gox and CoinCheck hacks) and the wider adoption of blockchain gaming.

The two are aiming to push the adoption of both blockchain as a technological class and the Enjin ecosystem itself. This new duo will “work closely” to deploy Enjin’s product suite to reach developers in Japan.

HashPort’s founder, Seihaku Yoshida, expressed excitement for this deal in a press statement. Accentuating the importance of this collaboration, Yoshida said this:

“We are excited to work with the world’s leading blockchain ecosystem developer on their entry into Japan. We believe Enjin’s success in Japan will accelerate not only the growth of Enjin in the global market, but also the development of the Japanese blockchain game industry as a whole.”

The chief executive of Enjin expressed a very similar sentiment. Along with expressing his excitement for joining hands with HashPort, Maxim Blagov also touched on the importance of Japan, explaining that he believes that the nation is home to some of the “most innovative and forward-thinking developers in the world.” In other words, Japan’s developers are effectively acclimated to embrace blockchain with open arms.

Indeed, because not only is Japan a big market for crypto but for gaming too. And that’s the perfect combination for Enjin.

As reported by Newzoo, a gaming and esports analytics provider, there are over 67 million gamers in Japan — making it the world’s third-largest gaming market. In 2018, these 67 million individuals — just over half of the nation’s entire population — are estimated to have spent $19.2 billion on gaming items.

With the proper resources and ample time, Hashport and Enjin should be able to introduce this largely-untapped market to blockchain technologies. And this is likely to be huge for the duo and the broader cryptocurrency ecosystem.

This latest announcement comes hot on the heels of the launch of the ERC-1155 token standard for Ethereum. Per previous reports from this outlet, earlier this year, the ERC-1155 token standard, proposed by Enjin’s CTO, was finalized and pushed to the Ethereum community. This new standard allows for the minting of both fungible (interchangeable) and non-fungible assets that are purportedly “more powerful, efficient, and standardized” than tokens issued under previous guidelines. An excerpt from the announcement of the new standard reads:

“The core concept behind ERC-1155 is that a single smart contract can govern an infinite number of tokens… By minimizing the amount of code required to mint each individual token, ERC-1155 significantly reduces gas fees, as well as the ever-growing bloat of duplicate ERC-20 and ERC-721 code that will remain on the Ethereum blockchain forever.”

With this new partnership, HashPort and Enjin are likely going to push the adoption of ERC-1155s and Enjin’s broad roster of products, and champion the cryptocurrency industry in Japan. And the couple might just succeed.