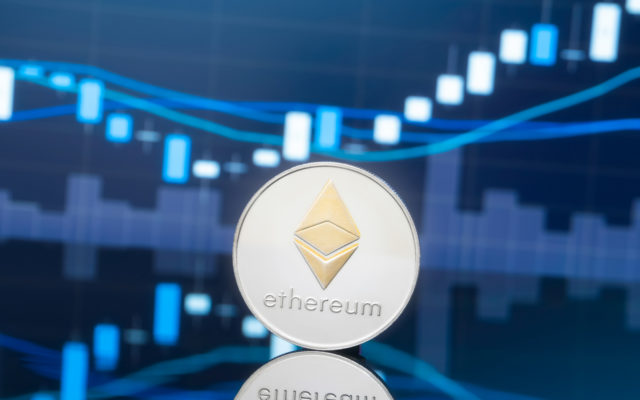 Monday morning usually begins with tales of woe for ethereum and its altcoin brethren but things are looking a little brighter today. ETH has had a solid weekend with momentum building while its big brother has remained consolidating.

An 8% Weekend for Ethereum

September has been a dismal month for the world’s second largest crypto asset. Ethereum has failed to top $200 for almost a month and lulled just below $180 for the best part of the past fortnight. Finally, things started to move over the weekend as ETH prices started moving in the right direction once again according to Tradingview.com. 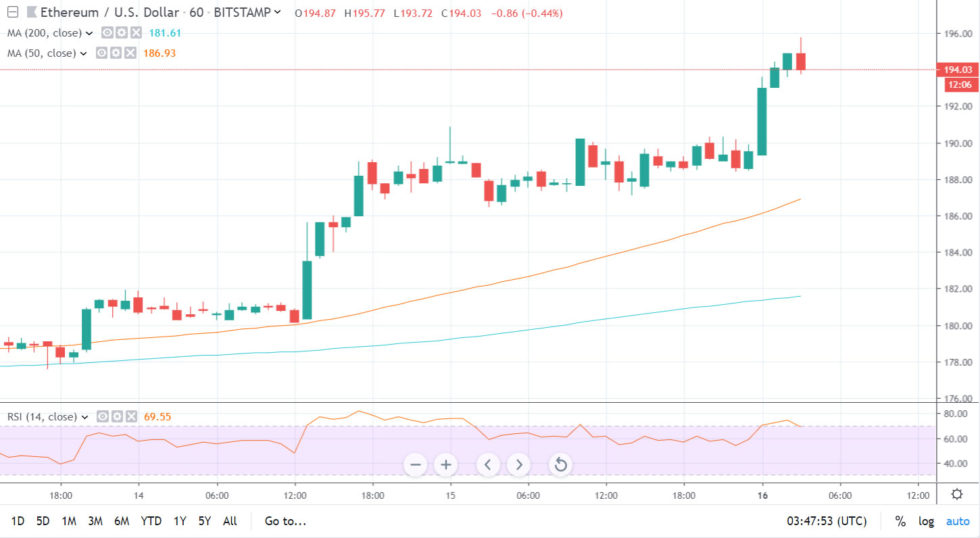 Starting out at $180, two separate moves have taken ethereum prices up to a three week high of $195. The first came on Saturday and the next leg up just a few hours ago during early trading in Asia on Monday morning. The next target is $200 which serves as a psychological barrier and solid level of resistance.

Trader and analyst Josh Rager has been looking at the ETH/BTC pair which has also made a move closing above key technical indicator.

“Good news is that ETH/BTC price has finally moved and closed above the daily 20MA. This has been a major indicator that has confirmed the downtrend for months. We could be up for a nice reversal confirmation after price breaks the resistance cluster overhead”

Great question, good news is that ETH/BTC price has finally moved and closed above the daily 20MA

We could be up for a nice reversal confirmation after price breaks the resistance cluster overhead https://t.co/0wJcpP3AZF

Bitcoin has not moved over the weekend and is still consolidating just below $10,400 at the time of writing. The ETH move has not been enough to disturb Bitcoin’s dominance however as it still remains over 71% at the moment.

Ethereum has been bashed quite a bit recently, usually from Bitcoin maximalists or competing platforms due to the fact that it has not performed in terms of price. ETH is still smashed 86% down from ATH. There are two clear differences though; BTC is a store of value whereas ethereum is a global computing technology. As the latter, markets behave differently which has been reflected in its poor performance pricewise.

The metrics are still looking good for ethereum as demand increases, which can be seen in gas usage.

This can be read as: demand for #Ethereum’s world computer is at ATH. https://t.co/lV1hZEBOtc

“The reason the gas usage is higher is because of more complex transactions (DeFi txs aren’t just simple ether or token sends – they use a lot more gas).”

With a raft of improvements around the corner in the shape of Serenity, and an expanding DeFi ecosystem,  it is only a matter of time before ethereum prices get back on track again and a strong uptrend develops.

Will ethereum top $200 today? Add your comments below.

The post Ethereum Heads Back Towards $200, New Rally About to Begin? appeared first on Bitcoinist.com.