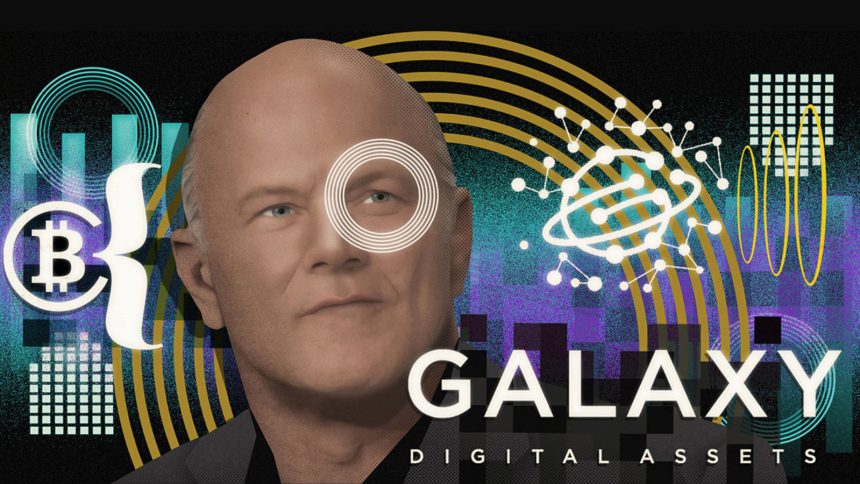 Galaxy Digital is tied up in the pandemonium that hit crypto markets in recent days, which have seen FTX beset by a liquidity crisis and Binance CEO Changpeng Zhao revealing his company’s intention to buy the rival exchange.

Galaxy’s partners have roughly $77 million of cash and digital assets with FTX, executives said during the company’s earnings call Wednesday. They added that the company had zero exposure to FTX’s native token, FTT, or to Alameda Research, a digital asset trading and venture capital investment firm founded by FTX CEO Sam Bankman-Fried.

CEO Michael Novogratz said that the company began “taking risk down Sunday night.” About $47.5 million is currently in the withdrawal process, and he noted Galaxy is “a hopeful yet cynical depositor.”

Novogratz said he is “angry” and “frustrated” about the latest situation around FTX, which he noted was viewed as a good organization with a close relationship to regulators. Other industry players, such as Three Arrows Capital, Voyager Digital and Celsius have collapsed this year in the aftermath of the implosion of Terra’s algorithmic stablecoin.

“In some ways, this is the year where the bad news in crypto has just kept coming,” the CEO said.

“It reminds me that this is a very young and new industry and part of the growing pains is weeding out the bad actors, the excesses, and pivoting towards something that’s more trusting,” he added.

Zhao tweeted Tuesday that his exchange had signed a “non-binding” letter of intent to fully acquire FTX, adding that “FTX asked for our help” dealing with the liquidity crunch.

The tweet came after a partial balance sheet of FTX sister firm and asset manager Alameda Research, reported by CoinDesk last week, showed about 40% of the firm’s $14.6 billion worth of assets were attributed to FTT, the token that powers trades on FTX.

Alameda CEO Caroline Ellison rebuffed claims Sunday that the firm was on the verge of insolvency. Still, Zhao tweeted he would liquidate his firm’s substantial FTT holdings. The price of FTT subsequently tumbled, and later on, FTX halted withdrawals.

Novogratz said the crypto industry has done a bad job of self regulating. Crypto regulation from Washington is likely to be a slow process following FTX’s fall, as the SEC and others are bound to look into how this happened.

“What’s painful about this is that Sam spent so much time in DC,” Novogratz said. “It wasn’t that what he was saying was crazy. It’s just that if the messenger now looks like he ran his ship into an iceberg…it’s just going to anger the people he spent time with and slow this down some.”

Many crypto-related stocks took a hit Tuesday after Zhao’s tweet about potentially acquiring FTX, including Galaxy, which dropped by about 17%.

Galaxy executives said the company had a net loss of $68 million in the third quarter, which compared to a loss of $112 million and $555 million in the first and second quarters, respectively.

Despite profitability in its trading division, Galaxy suffered unrealized losses on investments in its principal investments business due to reduced valuations and had increased operating expenses for its mining business due to impairments in mining assets.

The company retains $1.5 billion in liquidity, executives said, including $1 billion in cash.

Bloomberg reported last week that Galaxy Digital was considering cutting its workforce by about 15%.

The reported layoffs came after CEO Michael Novogratz said during the company’s August earnings call that Galaxy intended to increase its headcount from 375 people to more than 400 staffers by the end of the year.

Novogratz confirmed during the call that Galaxy recently downsized its workforce by 14%, as the cuts mirror a trend seen around the industry as companies seek to weather the crypto downturn.

“It’s always painful to let people go, but I think we’ve right-sized the ship and feel good about that.”

Despite the layoffs, the company intends to increase its investment in engineering, security and legal.

Apparently separate from the staff cuts, Damien Vanderwilt is set to step down from his role of co-president, Novogratz said. Vanderwilt, who joined Galaxy last year, is set to transition to be a senior adviser and will join the company’s board of directors.