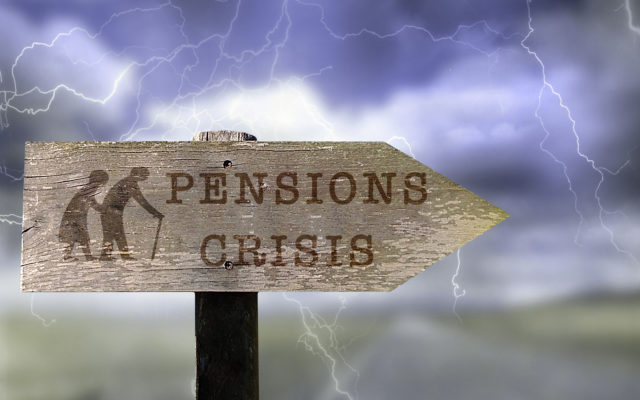 Amid fears of a world recession, the pension time bomb is ticking louder. Financial experts warn that the coming pension crisis is of such a magnitude that it will eventually affect everyone. Now, some are looking into Bitcoin as a potential savior of pension plans.

The deepening of the pension crisis is due to the difference between how much a pension has to pay out versus how much money the pension has available to pay out. Now, this gap is expanding. According to Moody’s Investor Services, public pensions are already underfunded by $4 trillion. And, Moody also announces that pension costs will rise through 2020.

So, the pressing question is, how to cover the $4 trillion gap?

6% of investments in “non-government securities.” If 0.3% of all assets were invested in #Bitcoin, the pensions would have returned 19.20%. 5.3x the current rate – saving dying pensions.#Cryptocurrency #DeFi pic.twitter.com/POPGQIOTXK

Adam Cochran seems to have found the answer, at least, until population growth returns to the levels that existed when pensions were devised.

In his newsletter Coffee and Coin, he puts forward an argument for how Bitcoin might save pension funds.

Cochran’s article describes how in 2015 the U.S. state and local government pensions distributed their $3.8 trillion in assets, from which only a modest annual return of 3.6% was earned.

Moreover, Cochran specifically highlights Other nongovernmental securities. These are assets that do not adhere to an institutionalized process for public trading on exchanges. Thus, they are usually the riskiest assets held by the pension fund. 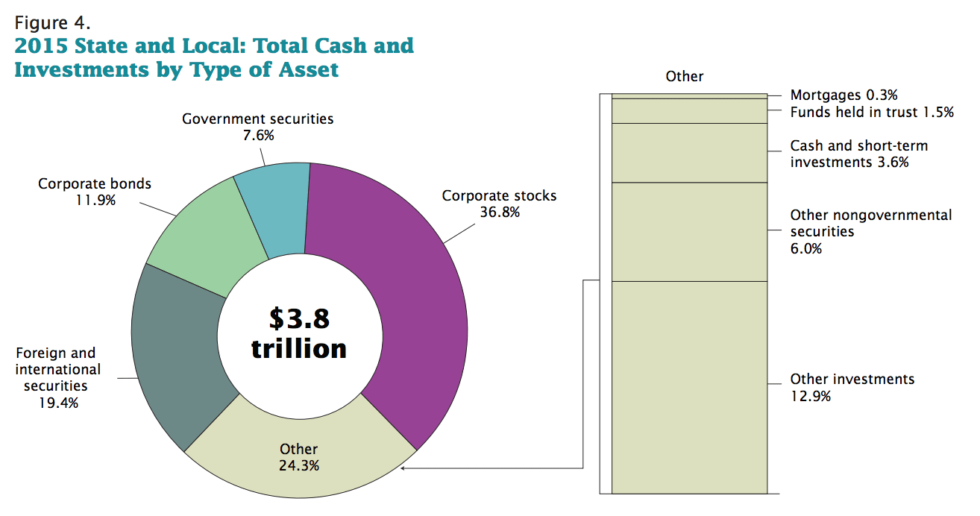 So, if pension funds seek to invest part of the money allocated to other nongovernmental securities in Bitcoin, the annual return would be dramatically higher than the current return of 3.6%.

If in 2015, the state pensions had taken 5% of that 6% set aside for “Other nongovernmental securities” (a.k.a 0.3% of their overall assets) and invested that in Bitcoin, then the pensions overall return would have been 19.20% annually.

In effect, Cochran affirms, “That overall rate of growth, over the past 4 years would have amounted to around 171% yield, almost doubling state pensions from $3.8T to $6.5T in that time.”

Millennials Are Buying Bitcoin To Save for Retirement

Bitcoin-based retirement instruments have been attracting the interest of young people, as well as influential politicians.

“Interestingly enough though, one of the main reasons millennials are investing in cryptocurrencies is to save for retirement funds.”

Indeed, investors are already putting Bitcoin, Ethereum, and other cryptocurrencies in IRAs (individual retirement accounts), such as BitcoinIRA. This service facilitates the transfer of an IRA or 401K fund to a Bitcoin IRA. BitcoinIRA claims to have already processed USD 350 million in the past 12 months.

Do you think Bitcoin will become a mainstream retirement investment opportunity? Let us know what you think in the comments below.

The post How Buying Bitcoin Could Solve the Global Pension Crisis appeared first on Bitcoinist.com.