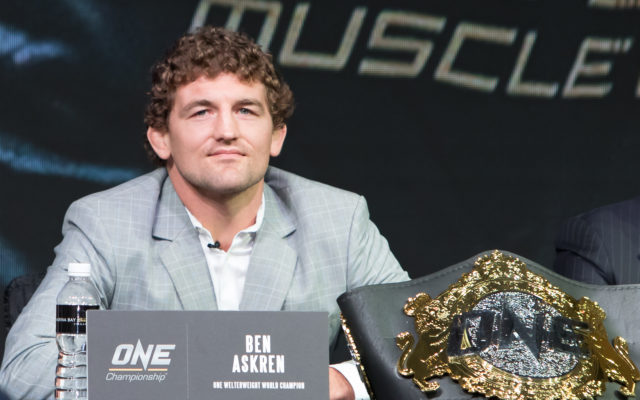 Ben Askren is an American Olympic wrestler who’s also a professional martial artist. Rather more interestingly, he’s a well-known Bitcoin bull. And on Sep 28, he ran a poll on Twitter posing an interesting question.

Askren asked his followers if they were given $10,000 that they weren’t allowed to touch for 10 years, what form would they rather receive it in? Bitcoin, gold, or U.S. Treasury bond?

As you can see from the above results, the poll attracted a lot of responses with almost 65k people taking part. It was a close battle between Bitcoin and gold (at 50% and 41% respectively).

Not too many people were sold on the idea of U.S. Treasury bonds. But perhaps that’s because the majority of wrestling or Bitcoin fans may not have the first idea what to do with them.

It’s interesting that the poll should be so split down the middle between people who opt for the traditional safe-haven asset and those who understand Bitcoin’s value. It seems that Askren’s followers are two very distinct types of people.

One of them tweeted that the safest option would obviously be gold. After all, he rationalized that Bitcoin could come and go in 10 years:

Has to be gold. Least volatile. Most likely to inflate true to market. Bitcoin could come and go in 10 years.

Others, of course, were fiendishly pro-BTC:

OMG… what a trick question. Clearly the right answer is Bitcoin!

Both the two others will lose value. @remindmetweets in 10 years

Gold, Bitcoin, or US Treasury Bonds?

Since you’re reading this, we can take it as a given what your answer would have been. But, in case you ever doubt yourself in the face of a declining BTC price and a negative response to Bakkt, Askren tweeted out this additional incredulous tidbit of information:

If that doesn’t prove once again Bitcoin’s superiority as a long-term investment vehicle over gold, nothing will.

Bitcoin, Gold or Treasury bonds, which one would you choose? Add your thoughts below!

The post If You’d Bought $10k of Bitcoin 10 Years Ago It Would Be Worth $26Bn appeared first on Bitcoinist.com.