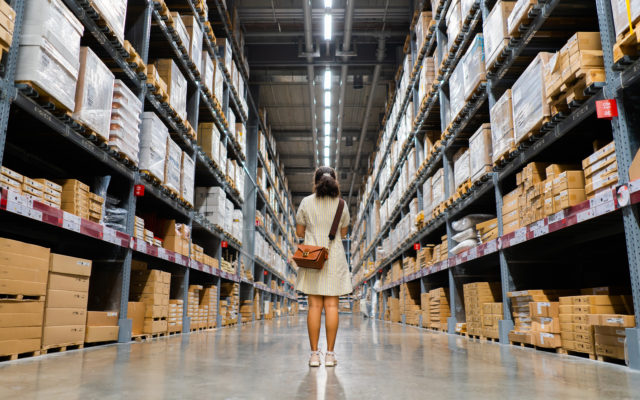 After making a purchase through IKEA Iceland, Nordic Store settled the e-invoice through smart contracts on the Ethereum blockchain. However, the transaction was paid using Iceland’s fiat currency, the Krona, and not crypto.

The operation for the Icelandic retailer, IKEA, was made possible through Tradeshift, a supply chain payments company, and Monerium, a licensed e-money for blockchains, which is also backed by blockchain software company ConsenSys.

Earlier this year, Monerium received its license to issue currencies as e-money on the blockchain. The use of the Krona will be the first of several currencies that the e-money provider will support.

Sveinn Valfells, co-founder and CEO of Monerium in a press release commented,

Unlike cryptocurrency which is volatile, e-money is a proven digital alternative to cash, regulated and redeemable on demand… Using programmable e-money in smart contracts heralds a new category of payments.

It’s hoped by those involved that this will help to boost seamless cross-border payments across different jurisdictions. According to Valfells, they, along with Tradeshift, intend to have a global impact by making international B2B supply chain transactions take place straight away.

Adding to this, Gert Sylvest, co-founder of Tradeshift and general manager of Tradeshift Frontiers, a digital incubation unit, said that programmable money that is regulated by governments will become the foundation for e-commerce payments because they enable smart contracts.

We see smart invoices not just as useful for lowering administrative hurdles in business-to-business (B2B) cross-border transactions, but for building new financing models that makes it easier for enterprises to improve access to credit and improve cash flow, Sylvest added.

In June, it was announced that Monerium had been approved as Iceland’s first electronic money provider by the Financial Supervisory Authority of Iceland.

The decision means that the e-money provider can deliver its services on a blockchain throughout the European Economic Area. At the time, Valfells said in a press release that the e-money license was a “major milestone” toward making “digital currency accessible, secure, and simple to transact.”

At the beginning of 2019, ConsenSys took part in a $2 million seed funding round for Monerium. Andrew Keys, co-founder of ConsenSys Capital, noted at the time that Monerium is “bridging fiat money and blockchains.”

What do you think of the e-invoice being settled via Ethereum? Do you think the use of e-money is how future payments will be conducted? Let us know in the comments below.