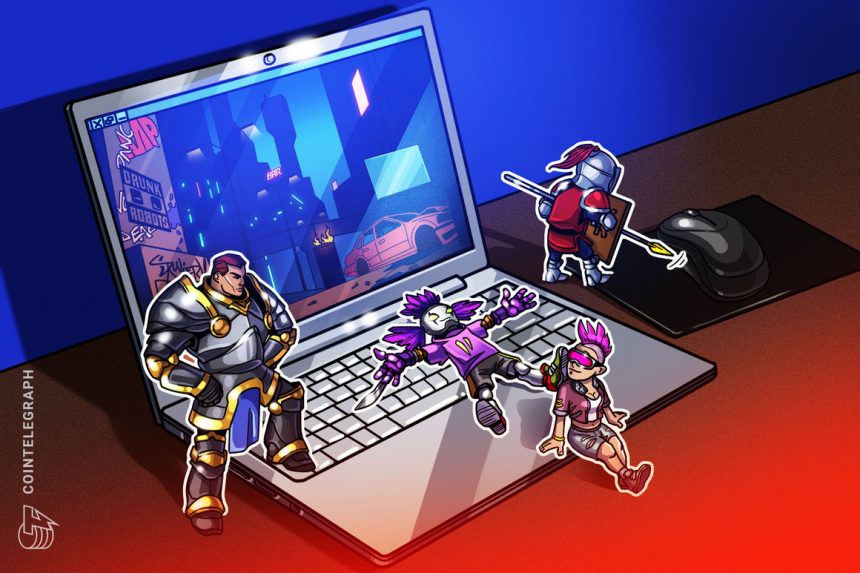 Kieran Warwick, co-founder of the blockchain role-playing game Illuvium has lifted the curtain on a gaming concept he says has never been done before — the interoperable blockchain game (IBG).

Speaking to Cointelegraph during Token2049 in Singapore, Warwick said Illuvium has three games currently being built which will be underpinned by the same economy, governed by a single token (ILV),  and connected by the blockchain — making it an interoperable experience.

“We’re building something that has never been done before not in the mainstream and not in Web3.”

IBG, a term coined by Illuvium, is a series of blockchain games connected to each other, forming an ecosystem of interconnected titles which share NFTs, a common in-game currency, or both.

Aside from trying to blaze new territory in the industry, Warwick says Illuvium is a “fun game” first and foremost, with player enjoyment as a cornerstone, rather than play to earn (P2E)[1] and non-fungible token (NFT)[2] aspects that some titles in the GameFi space have tended to focus[3] on.

He hopes the shift in focus could be the key to attracting players from the mainstream market.

“In our genres that we’re hitting, there might be roughly 500 million people that we can bring in that literally won’t know that they’re playing a crypto game.”

The first game is a city builder, one that Warwick says is a “combination of Sim City and Clash of Clans” where players can build and mine resources for use in the second game, “Overworld.”

Overworld focuses on exploring and capturing creatures called “Illuvials”, which Warwick compares to Pokemon, that can then be battled in the third game, which will be similar to online battle arena titles such as “Teamfight Tactics or DOTA.”

Warwick says they might not stop at three games though, adding at some point they want to “build another six games on top.”

“Imagine taking one of those assets and then going over to the racetrack and playing a Mario Kart Game, but you’re not buying a new Nintendo game, it’s just one asset that’s usable across an entire universe of games.”

At this stage, Illuvium still doesn’t have a formal release date but Warwick hopes to have a working beta in the next two or three months, with plans to publish on mobile, PC, and Mac.

“I reckon probably sometime really early next year is when we’ll have open Beta with yields and all the aspects that we need, but not fully polished.”

Illuvium is governed by the Illuvium DAO, a decentralized autonomous organization. Warwick said they originally were going to raise $350 million in funding during the bull market, but the ongoing crypto winter has seen them scale back to between $10 and $20 million.

Warwick also revealed he made the Australian Financial Review’s Young Rich List again this year — but the market conditions mean the billion dollars he was worth last year are a distant memory.

Warwick jokingly noted that this was not a concern as his main motivation is only to be richer than his brother, Kain Warwick, the founder of Synthetix, who also made the Australian Financial Review’s Young Rich List in 2022.