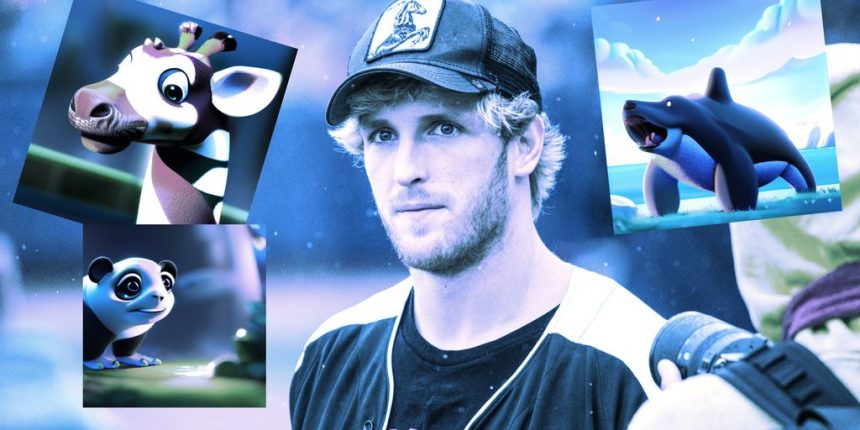 If you want to play a game that mimics Logan Paul’s vision for CryptoZoo, now you can. An indie game developer by the name of Yipy has released a game he calls RealZoo—for free, and without any crypto elements.

In a video, Yipy said he managed to develop and release RealZoo in just “a few hours.” RealZoo allows users to login using a Gmail account and are immediately granted tokens for free to spend on eggs, which hatch into random animals. Those animals can then be bred into hybrid animals or “burned” to make more tokens.

But those tokens aren’t on any blockchain, and can’t be cashed out for any real value. In RealZoo, users passively earn tokens the longer they hold onto their animals—but more impatient players can buy tokens using a credit card if they want to hatch more eggs faster.

An animal-breeding game was also the vision for CryptoZoo—a project Paul has struggled to deliver on since early 2021. But unlike RealZoo, Paul explicitly marketed the NFT-based game as “a really fun game that makes you money.”

And Paul found himself caught up in yet another controversy when YouTuber Coffeezilla released a three-part series alleging that Paul’s blockchain game CryptoZoo was little more than an elaborate scam. The project has sold NFTs and ZOO tokens to investors and would-be users, but it has yet to come through on the game.

As for RealZoo, Decrypt tested it out: The signup and login process was simple, the breeding process was immediate, and the art is arguably better than Paul’s photoshopped images.

“Now if you just had a criminal record, you’d be qualified to go work for Logan Paul,” Coffeezilla jokingly told Yipy in response to his RealZoo video.

So what’s CryptoZoo’s excuse for ghosting its social media channels since the spring of 2022 and struggling to finish development on what appears to be a simple enough, browser-based card game with a crypto token? For one, former CryptoZoo engineer Zach Kelling told Decrypt via direct message that his team of 30 engineers are owed $1 million for their work on CryptoZoo—and only then will they turn over the game they developed to Paul and his team.

“So far, we have all been scammed,” Kelling told Decrypt of his experience working on CryptoZoo.

Paul disputes these claims and said in a video response to Coffeezilla earlier this week that not only is the CryptoZoo game still in development, but he plans to sue the YouTuber for defamation. He also said he doesn’t believe Kelling actually employed 30 engineers to build the code for the game but rather just three. Paul and his manager Jeffrey Levin have not yet responded to Decrypt’s previous requests for comment.

While RealZoo might appear to be a modest success, could it have been made in the same timeframe with crypto elements?

Definitely not, according to one video game industry veteran of 30 years who is now developing a Web3 game. He spoke to Decrypt on the condition of anonymity so as not to become embroiled in the ongoing Logan Paul controversy.

A blockchain game—or any game, for that matter—could take anywhere from months to years to develop depending on its complexity, he said. But Web3 elements, like a wallet connection feature or NFT assets, “take significant time” to build properly.

As for how much a Web3 game costs to make, that can vary wildly. Any AAA shooter could easily cost millions upon millions, while a 2D card game could be made for much less.

“It’s the Wild West and there’s a lot of experimentation,” the developer said of the Web3 gaming landscape. “We’re making it up as we go.”