Last several months in the cryptocurrency market resulted in a lot of unique solutions and concepts being developed, most of which surround the current DeFi mania. The following article is going to do a quick recap of all the important events that took place in the Waves ecosystem, which continues to contribute to the innovation by introducing the likes of Inter-chain DeFi or the first Decentralized Foreign Exchange. Those developments are worth exploring as they are significant not only to the Waves ecosystem, but to the industry as a whole as well.

Former Barclays owned Russian bank has recently issued a first cryptocurrency loan backed by Waves token. It’s an interesting development considering Russia has banned cryptocurrencies as a payment method from 2021 going forward, while it continues to explore other potential use cases for blockchain.

The easiest way to explain DeFo is imagining Uniswap with basically any type of real-world asset (e.g. foreign currencies like EUR; gold, silver) that allows instant swaps between them. It’s an entirely new ecosystem of stable assets that runs thanks to Neutrino and its first stable asset USDN. This is an incredibly innovative concept (kind of like having a bank in your phone, allowing you to collect annual interest on those assets) and the following weeks are going to showcase the potential that comes with it while the first products are being launched. 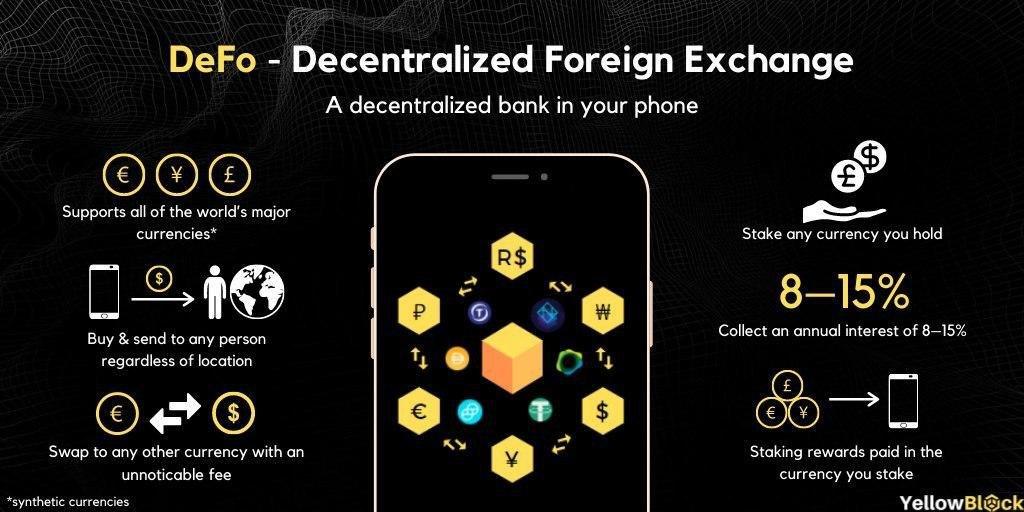 The first example of inter-chain DeFi – Neutrino’s base asset USDN was ported to Ethereum network allowing everyone who stakes it (no matter the network of choice) to collect the same rewards. This was possible thanks to Gravity which is a data protocol that connects other blockchains to the outside world and to each other in a process that doesn’t require its own token (Gravity is a truly agnostic solution). This is just a glimpse of possibilities that come with an ecosystem of connected blockchains that Waves is introducing currently to the market. 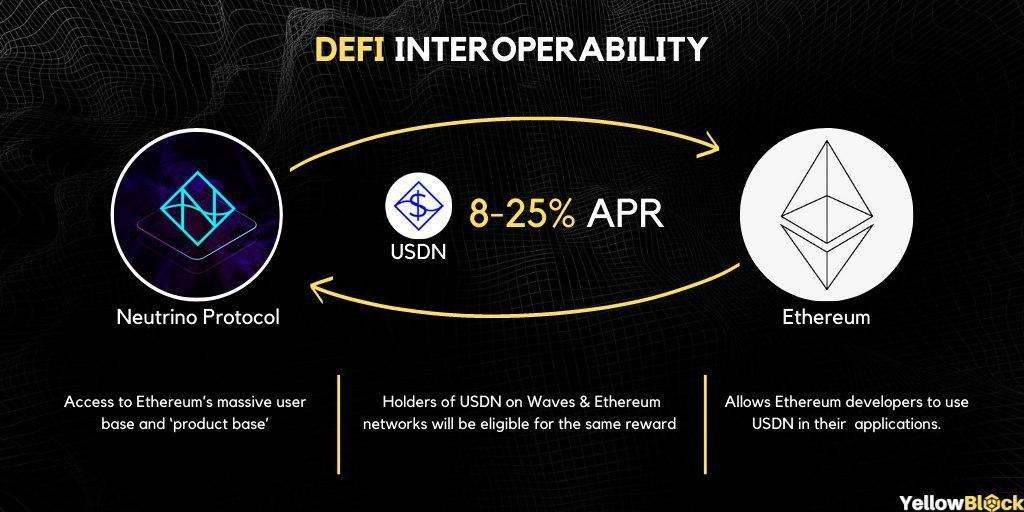 Each new participant in the Gravity network brings value not only to Waves but to all the other participants as well. The basket of solutions is expanding with every new partner and all members of the ecosystem can take advantage of it. Here are some of the recent projects that joined the Gravity network: 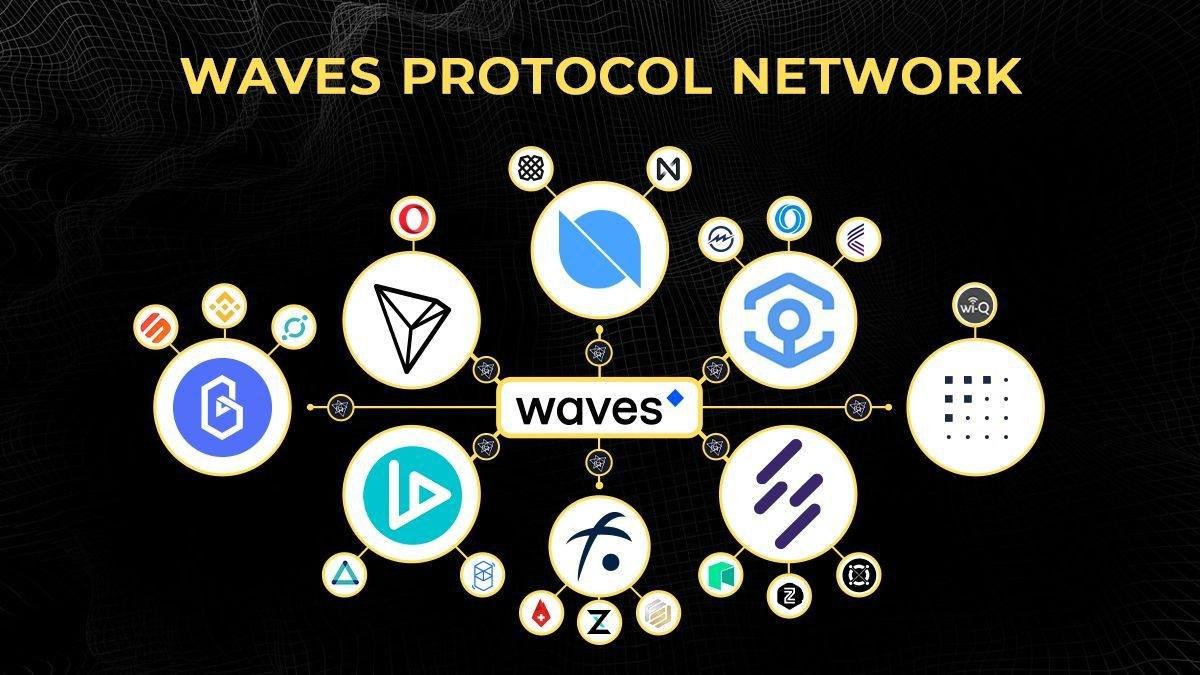 Linking 1inch (a DEX aggregator) to an infrastructure of other, non-Ethereum partners and their ecosystems.

Cross-chain daps with a high performance blockchain, specializing in digital identity and data.

Introducing ANKR’s one-click node-deployment solution to other partners of the network.

Integrating VIDT DataLink and building an MVP that will allow users to easily anchor and certify their documents with a drag & drop dashboard.

Establishing a portal between Gravity’s and Fusion’s interoperability-focused hubs.

The aforementioned news and releases are just a foretaste before the real development starts for Waves.

The demand for USDN, which recently reached 50M in TVL (Total Value Locked) is only going to increase with the upcoming release of additional assets on DeFo and with Gravity’s network constantly being expanded. Combine that with what’s already fully operational (waves exchange, inter-chain DeFi) and Waves shapes up to be one of the biggest contributors to the current DeFi scene with the goal of removing its barriers being closer than most realize.

Zcoin Now Spendable Nationwide at over 5 Million Merchants in Thailand

Sigma is Live on Zcoin!

DeFi Tokens Are Becoming Quite Popular in India