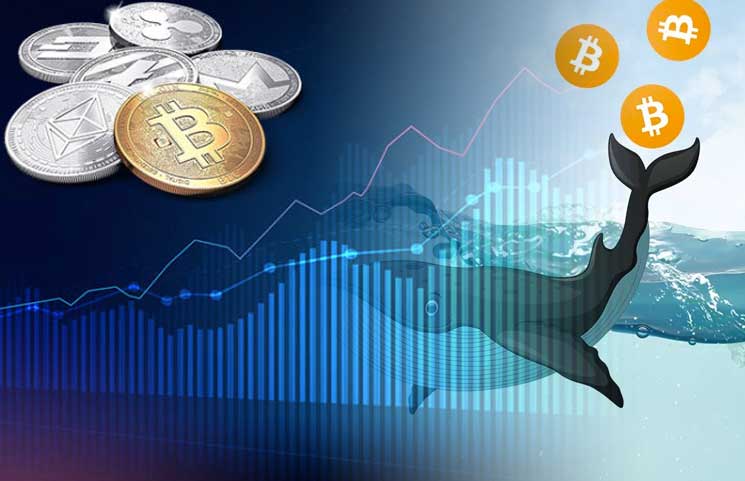 With that being said, plenty of altcoin projects joining the market today are backed by corporations, with their own goals and financial agenda. How do open source, free software projects fair in a market saturated with monetized cryptos and their own corporate agendas?

The “big cheese” of cryptos, Bitcoin is undoubtedly the most widely-recognized and successful. While this certainly comes as a consequence of being the first digital currency using a digital ledger technology (DLT), the open source and decentralized nature of the Bitcoin project allows alterations and improvements to be made on the currency, leaving room for forks (new projects based upon Bitcoin code) such as Bitcoin Cash, Bitcoin SV, and Litecoin.

Bitcoin currently sits at just under 70% of the crypto market, firmly planting itself as a flag bearer for what open source projects are capable of, alongside the Linux kernel and Homebrew.

Excluding this behemoth of a project, the competition between free, decentralized software and centralized assets becomes more fierce.

However, it’s certainly important to note that despite Bitcoin’s decentralization, very few have a say over what improvements are pushed onto the token for further improvement. In fact, there are presently five maintainers of Bitcoin Core who are able to commit changes into the main repository. These maintainers include:

As of writing, van der Laan has served as lead maintainer of the project since 2014. This role does not give him executive control of the future of Bitcoin, but he does speak for the project on occasion.

A more controversial player amidst the largest cryptos, XRP and the Ripple payment protocol have been wholly competitive despite their unorthodox approach to the crypto field.

Ripple Labs and XRP have received numerous criticisms on the amount of control Ripple has over its currency. Some have even gone so far as to disregard the token’s status as a cryptocurrency, based on Ripple’s heavy control over the asset. However, Ripple CEO Brad Garlinghouse certainly begs to differ.

XRP presently makes up 1.5% of the crypto market, marking itself as a major player but still relatively weak token, needing to prove itself further. XRP is a strong reminder of the negative attention one can amass from maintaining exorbitant control over their own asset.

Released in 2015 by Waterloo University graduates, Ethereum has firmly maintained its reputation as a platform for further decentralization. Despite it’s fame as yet another asset, the appeal of the Ethereum blockchain is its ability to host further decentralized projects, presenting itself as a “world supercomputer” able to handle a host of different projects requiring the use of a powerful computer, without ownership of one by means of the blockchain.

As the second largest crypto by market cap, Ether sits firmly at just beneath 8% of total market capitalization. However, this ranking fails to note Ethereum’s further importance as a platform, leading the way for future decentralized projects.

Despite Ethereum’s decentralization and the initial founders’ lack of direct control, influence is still possible through a “cult of personality”. Russian-Canadian Ethereum co-founder Vitalik Buterin is so prominent in the Ethereum community that de facto control over the direction of the token can be attributed to him, lest his remarks be considered against the best interest of the platform by other community members.

While XRP may come under fire for the control Ripple may exert over the token, the truth of the matter is that each prominent crypto has stakeholders which hold considerably more sway over the future of each token. While separation from a country or company in terms of transactions has certainly been achieved, any modifications to each blockchain or the underlying code would have to pass through the scrutiny of those truly in control, going against what many consider to be the spirit of cryptocurrency.