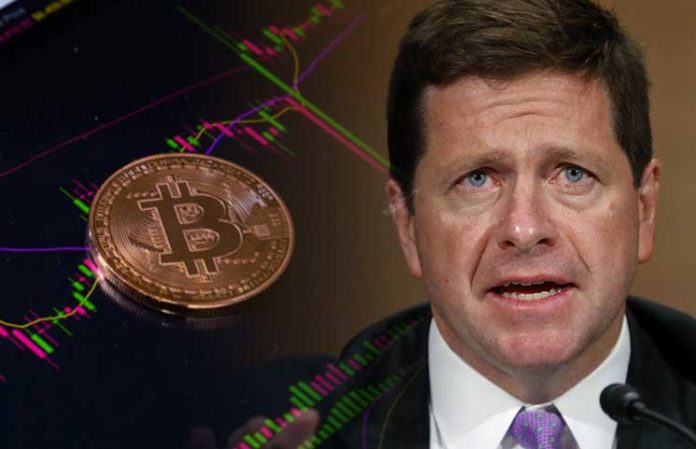 At press time, bitcoin’s primary attempt to become “legit” has suddenly dissipated, with CBOE, VanEck and Solid X withdrawing their bitcoin exchange-traded fund (ETF) from the SEC about a month before a final decision was set to be made. While a reason for the withdrawal has not been disclosed, the move seems to have had a serious (and negative) effect on bitcoin, with the currency now trading again below $10,000 for the first time in weeks.

At the time of writing, bitcoin is trading for about $9,881. So much for the currency experiencing its lowest levels of volatility since May… Price swings are still a major concern surrounding bitcoin and other forms of crypto, which is why so many institutional and professional traders have been reluctant to move forward with digital assets.

If [investors] think there’s the same rigor around the price discovery as there is on the Nasdaq or the New York Stock Exchange… They are sorely mistaken. We have to get to a place where we can be confident that trading is better regulated.

Crypto was a hot topic at this year’s Delivering Alpha convention, but the closest bitcoin’s ever gotten to being listed on a public exchange is through CME futures trading. Sadly, major exchanges are still out of the question for bitcoin, which doesn’t possess the legislative backing to move forward.

If the growth opportunities have shifted not all the way but to a substantial extent into our private markets and ordinary investors don’t have access to them, that’s not good. The question is, what do we do about it?

What Kind of Rules, Exactly?

While’s he’s suggesting a kind of “funds structure” to potentially ease the situation, he hasn’t provided any details regarding what he means or what kind of plan could get the job done.

This is relatively the same situation as every other regulator who seeks to stick their fingers into the crypto pot. There’s always a desire for more regulation, but nobody seems capable of implementing it. Several U.S. and international lawmakers, for example, have expressed anger or concern over Facebook’s Libra, yet nobody has implemented any sort of rule or statute preventing it from getting any bigger.