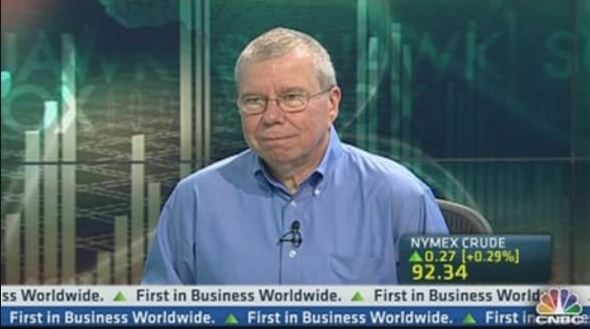 SHARE
Contents
Are Cryptocurrencies as Rough as Everybody Claims? Many Forms of Crypto Are Still Solid

Cryptocurrencies have garnered something of a harsh reputation over the past year. While some people still look at them as volatile and untrustworthy, many analysts familiar with the space say they’re less “noisy” than traditional assets. In other words, they cause less of a raucous, and behave in far less strenuous ways.

Are Cryptocurrencies as Rough as Everybody Claims?

One such analyst is John Bollinger. As an author, trader and the developer of Bollinger Bands – special charting indicators for stocks – he says he first got involved in the crypto space about three years ago, seeing how much room for growth there was when it came to altcoins and its parent currency bitcoin.

In an interview, he states:

In the beginning, I was actually early in the game. A couple of friends of mine were early miners and I watched with interest but didn’t get involved. Then… I was watching the price action of bitcoin and it was behaving very much like stocks used to do a very long time ago before we got all this arbitrage and program trading and algorithmic trading. I thought… that would make bitcoin a pretty ideal vehicle for trading with technical analysis tools.

One of the ways analysts can better understand where cryptocurrencies will move in the future is by examining technical information from charts. Bollinger first invented the Bollinger Bands back in the 1980s to examine traditional markets. The purpose of these bands was to analyze what can now be referred to as “old indicators.” In other words, stocks and bonds have been around for some time, and can thus be considered “older” forms of investing.

What’s surprising, however, is that these bands can also be applied to bitcoin. Bollinger claims that bitcoin, in many ways, operates in the exact same way as traditional stocks, and can thus be examined using the same band charts he developed more than 30 years ago. In the long run, Bollinger says that bitcoin is acting the exact same way stocks did in the 80s. He comments:

I tested those ideas and it turns out that’s entirely correct. It’s true for all the cryptocurrencies. That’s what got me interested, because it was a vehicle that came to behave very well in relation to the classic technical analysis rules… I wanted to see if there were still markets out there that behaved in the old way. Indeed, there are, and bitcoin is one.

Many Forms of Crypto Are Still Solid

He says that while many coins remain volatile and vulnerable to price swings, many mainstream forms of crypto are still valid trading options. He claims:

The list of vehicles… has diminished over the past year, as some of the speculative fever has been bled out, but for the main line cryptocurrencies, the ones that are still very active… I think they’re excellent technical analysis vehicles.