The CEO of Microstrategy, Michale Saylor, made the announcement of the recent purchase via Twitter and also added that the average entry of the 91,064 Bitcoin is approximately $24,119 per BTC.

Microstrategy announcing the purchase of 205 additional Bitcoins comes less than 48 hours after the CEO of CryptoQuant, Ki Young Ju, identified massive institutional buying around the $48k price area. According to Mr. Ju, whales are purchasing Bitcoin at this level via Coinbase and eventually sending them to cold storage. He explained:

Whales accumulating $BTC. They are making a lot of bear traps lately, but the price seems to recover the institutional buying level, 48k. Looking at recent Coinbase outflows, most of the outflows that went to custody wallets were at 48k price.

The Co-Founder and CTO at Glassnode, Rafael Schultze-Kraft, made a similar observation surrounding the $47k price area. According to his analysis, over 500k Bitcoin has been transacted at around $47k thus proving that this price area is a crucial one. He also cautioned that failure by Bitcoin bulls in defending this area will ultimately result in a dip to the next logical support of $42k. He shared his analysis via the following statement.

Very strong on-chain support at $47k – around 500,000 $BTC have been moved at that level. Imo important that we hold it, otherwise we could see low forties quickly before the next upwards movements. 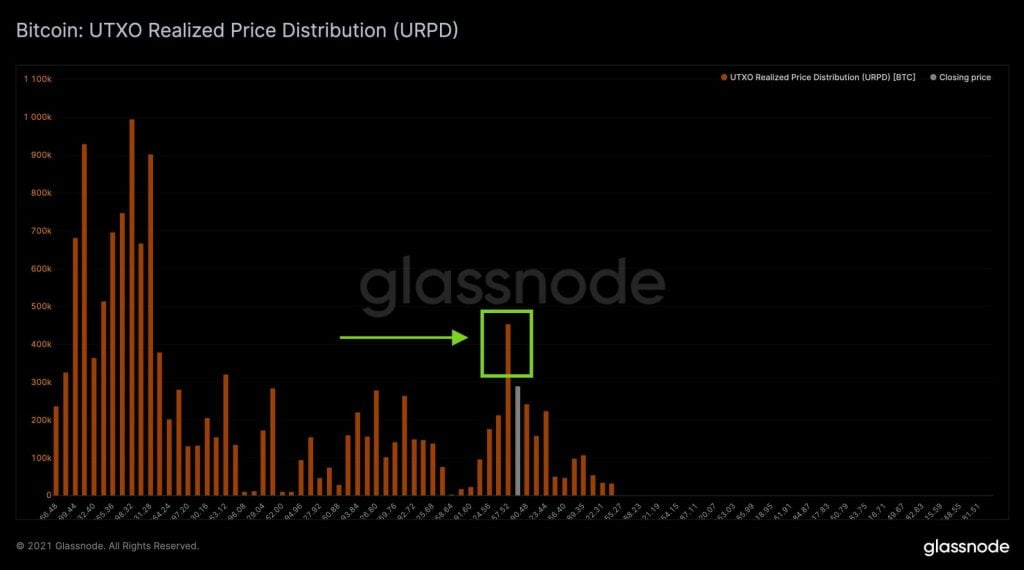 Canada Is Now Looking to Unveil an Ethereum ETF