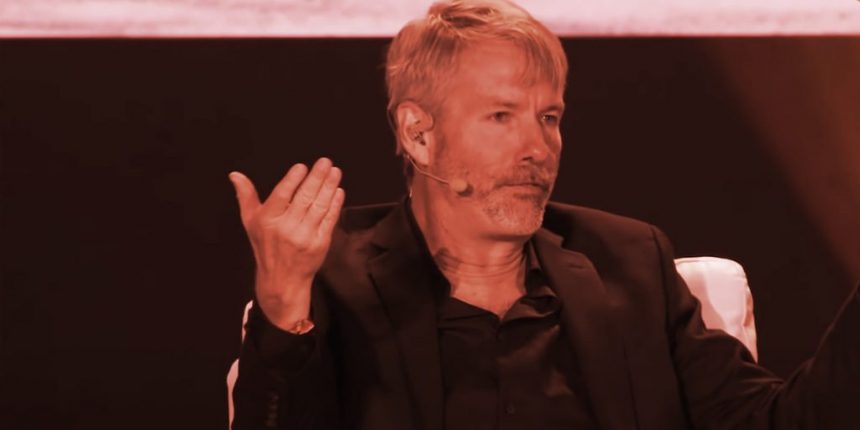 American software company MicroStrategy, the largest corporate holder of Bitcoin reserves, disclosed on Wednesday that it sold some of its holdings for the first time ever on December 22.

But the move doesn’t signal a retreat from Bitcoin for the company and its famously bullish co-founder Michael Saylor, as MicroStrategy has since purchased even more BTC.

MicroStrategy sold 704 BTC for about $11.8 million on December 22, the company wrote today in a filing with the United States Securities and Exchange Commission (SEC)—a move that may benefit the company in terms of tax liabilities, given how much value BTC has lost since MicroStrategy first began acquiring the cryptocurrency in 2020.

“MicroStrategy plans to carry back the capital losses resulting from this transaction against previous capital gains, to the extent such carrybacks are available under the federal income tax laws currently in effect, which may generate a tax benefit,” the company wrote.

However, the firm then turned around and purchased 810 BTC for about $13.6 million on December 24. Paired with another 2,395 BTC that the company said it purchased between November 1 and December 21 for a total of $42.8 million, MicroStrategy has now added about 2,500 BTC to its overall tally since the start of last month.

That puts the company’s total Bitcoin holdings at approximately 132,500 BTC, currently valued at just over $2.2 billion based on the current Bitcoin price of about $16,735, per CoinGecko.

MicroStrategy continues to accumulate the leading cryptocurrency, but its holdings are now significantly underwater. The firm said that it has spent about $4.03 billion to date on purchasing BTC, at a per-coin price of $30,397 apiece.

Saylor, a noted Bitcoin maximalist, co-founded MicroStrategy in 1989 and served as its CEO until this past August. He stepped down and transitioned to the role of executive chairman, a move that he said would allow him to focus even more on the firm’s “Bitcoin acquisition strategy.” Phong Le took over the CEO role, adding to his existing role as MicroStrategy president.

In late August, following Saylor’s role shift, Washington, D.C., Attorney General Karl Racine announced that he had filed civil charges against MicroStrategy and Saylor over alleged tax fraud. Racine claimed that the company helped its founder “evade taxes he legally owes on hundreds of millions of dollars” earned while living in DC.

Both Saylor and MicroStrategy disputed the charges, with a company spokesperson telling Decrypt that the attorney general’s accusations “are false, and we will defend aggressively against this overreach.”

The firm said in September that it aims to sell up to $500 million worth of Class A company stock to fund further Bitcoin purchases. Per today’s SEC filing, MicroStrategy has thus far sold about $46.4 million worth of shares as part of that endeavor.

MicroStrategy owns significantly more Bitcoin than any other public company, per data from CoinGecko. The second-largest holder, Bitcoin mining firm Marathon Digital, holds just over 10,000 BTC, while crypto exchange Coinbase is third with 9,000 BTC on its balance sheet.