Microstrategy (MSTR) stock price has seen an impressive 339% increment since the company started adding Bitcoin to its treasury. This is according to data from the team at Ecoinometrics who also point out that Bitcoin’s value has grown by 216% in the same time period with the Nasdaq gaining by only 19.5%.

The team at Ecoinometrics shared this information via the following statement and accompanying chart.

Since the start of its Bitcoin treasury program: 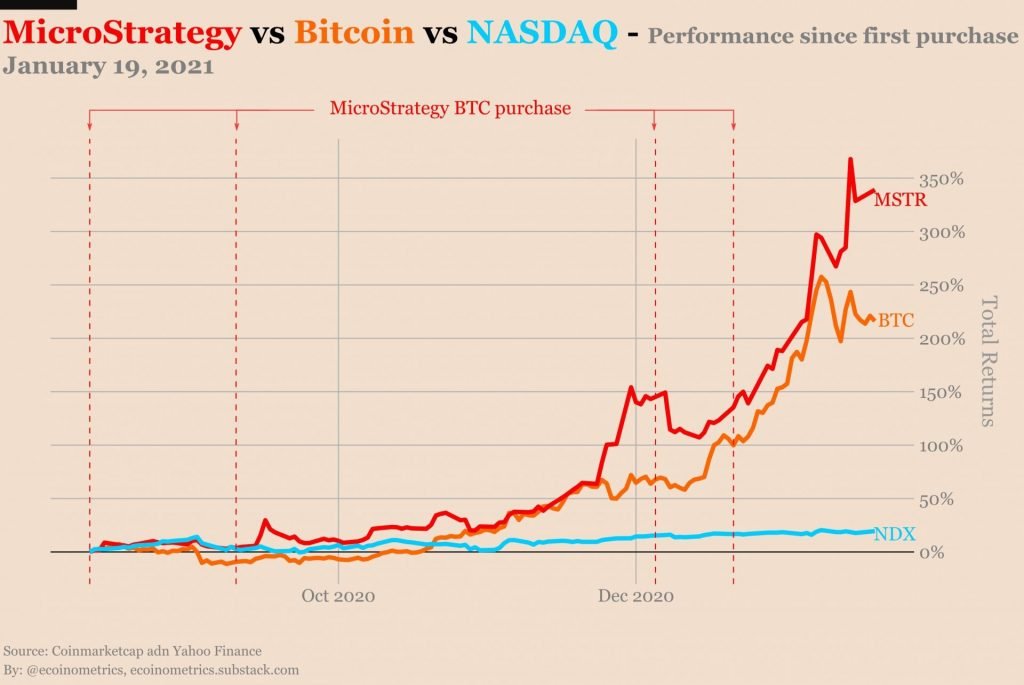 Microstrategy adding Bitcoin to its bags begun what would be a rush by other private and publicly traded companies to do so. Back in late October, these companies owned a total of 785,999 Bitcoin valued at $10.2 Billion. The USD value was calculated using the $13k Bitcoin price back then.

At the time of writing, these companies now own 1,216,279 Bitcoin which is roughly a 55% increment in their bags in a period of fewer than three months. These Bitcoins are now valued at $41.6 Billion using Bitcoin’s current value of around $34k. Such an accumulation by companies is proof that they are busy scooping up any lose Bitcoin in the crypto markets.

Below is a screenshot of the private and publicly listed companies that own Bitcoin. The data is courtesy of the team at BitcoinTreasuries.org and has grown quite a bit since last October. 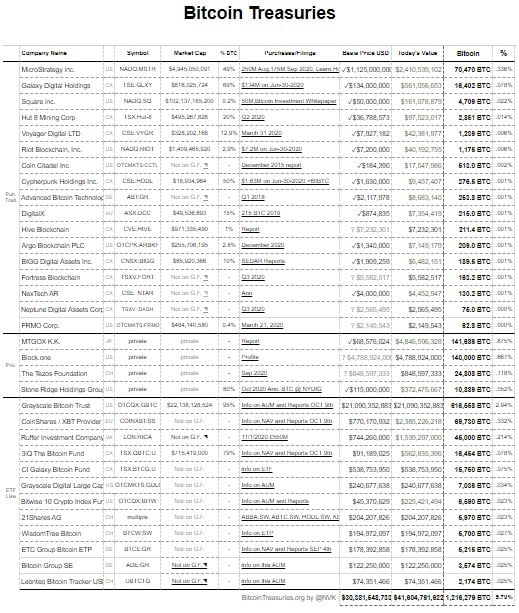 The idea of Bitcoin scarcity really hits hard with the aforementioned companies increasing their bags by 55% in the last three months. To note is that majority of these firms will not trade their Bitcoins. They will lock them up in their vaults for as long as they can to capitalize on Bitcoin’s potential for gains.

Therefore, Bitcoin’s current sideways movement around $34k will probably not mean much in a few years’ time as BTC’s value would have gone much higher due to the scarcity created by institutions accumulating.