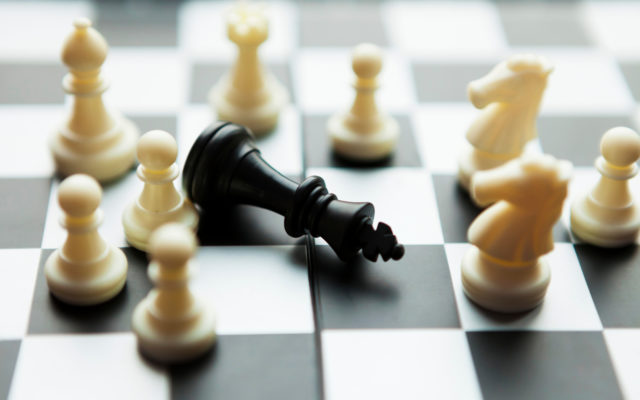 Altcoins will return to prominence as Bitcoin market cap share is bound to decrease, cryptocurrency exchange Binance has stated.

In its latest bulletin which went live on September 4, Binance Research, the exchange’s analytics arm, repeated claims made in July that Bitcoin’s current market dominance would not last indefinitely.

Officials also revealed they had fielded interest from investors keen to buy altcoins at lower prices.

“…We stated that we eventually believe BTC dominance will go back down to the 50-60% range. We still believe in this, partly because BTC dominance was below 60% for an extended period, from May 2017 until June 2019,” the bulletin reads.

“It has only been in the past three months or so that BTC dominance has shot up so dramatically, and the crypto-world has found its way of making everyone feel like a prisoner of the moment.”

Altcoins’ fall from grace has become a hot topic among cryptocurrency commentators. As Bitcoinist reported, multiple well-known figures have claimed the industry will not recover from current lows against Bitcoin.

In the top twenty tokens by market cap, many have hit all-time lows in BTC terms, while USD value also struggles. Particularly badly hit is XRP, which suffered its own spate of sell-offs by its biggest holder, Ripple Labs.

Votes of no confidence continue to pile in, with Max Keiser forecasting this week that altcoins are “never coming back.”

Binance agrees, but not if broader market perspective is taken into consideration.

“Short-term wise though, BTC dominance may be sticking around,” it concluded, noting it expected BTC dominance to ultimately retrace to around 60% of the total.

Binance is midway through the launch of an entire ecosystem dedicated to both Bitcoin and altcoins. Executives appear especially keen to promote their in-house token, Binance Coin (BNB), which through their efforts managed to deliver rare returns against BTC over the past year.

The second half of 2019 will see Binance join the increasing number of operators offering Bitcoin futures contracts, while a separate project aims to deliver a competitor to Facebook’s Libra.

The futures plans nonetheless faced controversy this week after allegations of plagiarism. Documents relating to the project appeared to be copied from derivatives giant BitMEX, the latter alleged.

What do you think about Binance’s forecast? Let us know in the comments below!