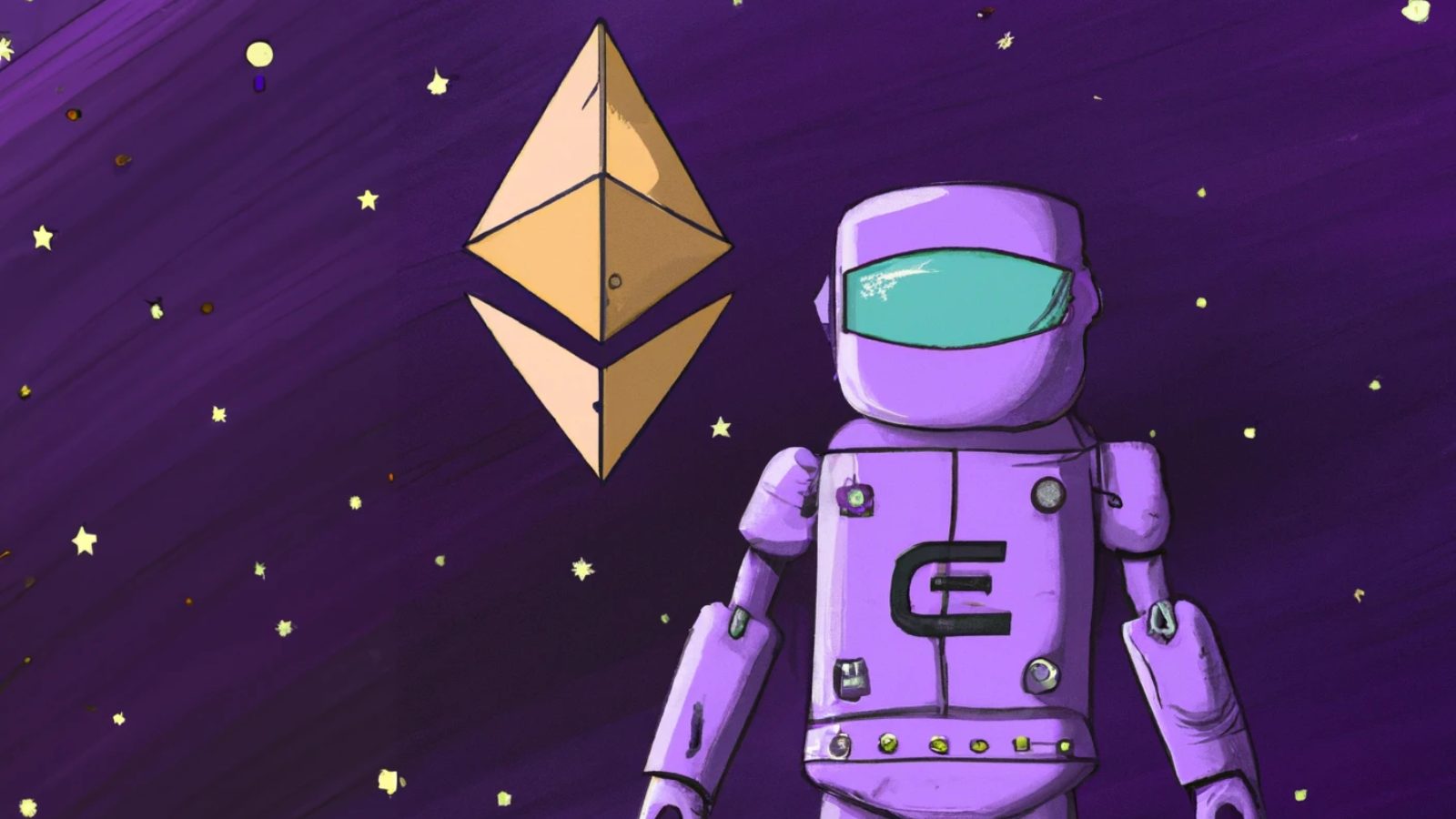 SHARE
Contents
The old paradigm: A culture of secrecyFront-running MEV explainedSo what is Flashbots? A new paradigmEducation is still needed

Finding a traditional finance parallel for Flashbots is difficult. And it’s because they represent a radical departure from the culture and practice of finance on Wall Street. They aren’t the front-running whistleblowers and they aren’t the high frequency traders (HFT).

That cat and mouse chase was rigged behind a dark veil of technological innovation — where high frequency trading was always two steps ahead of the whistleblower and regulator.

The creators of Flashbots saw a similar pattern in how traders exploited Maximum Extractable Value (MEV). But instead of calling out individual actors, they turned on the light. It won’t necessarily stop the front-running ‘shenanigans’ as its co-founder Phil Daian puts it, but it will help the community benefit from that trading activity.

As a result of the MEV Boost upgrade, Figment, a leading institutional staking service provider, estimates validator rewards will increase up to 50% post Merge. We sat down with Figment to learn more about this paradigmatic shift. But before we explain how this new model works, we need to understand where the old failed.

The old paradigm: A culture of secrecy

Robert Ellison, head of staking marketing at Figment, listed the Wall Street front-running of 2009 as a parallel example of some of the practices today. A close examination of the struggle between those front-runners and their whistleblowers illustrates why and how the traditional paradigm was flawed.

In 2009, Richard Gates leaked the front-running practice of HFT firms to the WSJ and then officially to the SEC in 2010. At the time, firms were placing servers next to exchanges and utilizing Spread Network’s strategically placed fiber optic cables to execute the fastest trades. This competitive advantage gave traders the ability to manipulate the market on a massive scale. Even though the practice was only used in 2% of firms, it accounted for 73% of stock order volume.

In 2010, Gates told the SEC that he was a victim of this practice. He claimed that Credit Suisse, the operator of a dark pool called Crossfinder, was intentionally providing unfair advantages to HFT traders over retail traders like himself. In his complaint, he shared rumors that Credit Suisse would market their pool to these traders by saying, “We have sheep in the pen. All you have to do is come and slaughter them.”

In 2015, Gates applied for a whistleblower reward that would grant him between 10% to 30% of an SEC settlement against Credit Suisse. And later that year, Credit Suisse agreed to pay $84.3 million in fines.

But by that time high frequency traders and exchanges had moved on to new strategies. For example, the NYSE was using secret order types that let a handful or firms jump ahead of other traders. New whistleblowers like Haim Bodek emerged and complaints were filed.

And at the time of Gates’ whistleblower reward application, his own company, Powhatan Energy was facing its own complaints — amounting to $26 million in penalties. They alleged that the company intentionally exploited a loophole in the PJM Interconnection LLC’s markets.

This example shows that SEC whistleblower incentives are too vulnerable to exploitation, and its bureaucracy too slow to make meaningful change. The system of extracting maximum value (MEV) from Ethereum transactions exposes the network to very similar types of front-running operations and like the traders on Wall Street, they are constantly developing new tactics. But as you will see, Flashbots offers a solution that is philosophically opposed to the old paradigm.

Unlike traditional exchanges, all trades in Ethereum, like normal transactions, have to settle on-chain instead of a clearing house. But before they are settled on-chain, almost all trades enter a mempool where in the proof-of-work (PoW) protocol miners prioritize higher gas fee transactions over lower fee ones. Validators will adopt this responsibility post merge.

According to Ethereum.org, “maximal extractable value (MEV) refers to the maximum value that can be extracted from block production in excess of the standard block reward and gas fees by including, excluding, and changing the order of transactions in a block.”

Jumping ahead of other trades in a decentralized exchange (DEX) like Uniswap gives the front-runner an advantage. In what is called a sandwich trade, the front-runner first calculates the resulting price action of the queued trade to determine profitability, executes a trade with a larger gas fee to jump ahead, and immediately sells after the previous trade is settled. They only collect a profit if the price movement is more than the gas fee they paid to jump ahead.

Generalized front-running is another popular approach. It looks for profitable transactions/trades in the mempool, copies them, and increases the gas fee to cut in line. Unlike sandwich trades, this approach profits from MEV instead of price action on a DEX.

But these tactics aren’t predictable or consistent.

“Folks have realized there are different ways to engage with Ethereum. Typical users may just want to transfer ETH. However, folks engaging in MEV exhibit more of a reaction to what is happening on the network. It’s iterative and reflexive. They are watching the pending transaction pool, watching what others are doing,” Clayton Menzel, Figment’s head of protocols and opportunities, said.

So what is Flashbots? A new paradigm

Flashbots is a research and development organization aimed at reducing the negative network effects of MEV.

They created an open source solution that enables miners on the POW protocol and validators on the POS protocol to more efficiently work with MEV searchers. It hosts a private auction separate from the mempool. This system doesn’t stop all front-running on Flashbots but it prevents the generalized approach by hiding queued transactions from public view.

In the new upgrade to MEV Boost, Flashbots will make this auction more efficient by introducing a third party called the builder. In this version validators would no longer work directly with MEV searchers in block production. Instead builders will work with MEV searchers to build and auction potential blocks to validators. Each party would earn a profit for their contribution. And it makes the process more efficient and fair because it takes the burden away from validators and allows more participants to benefit.

The brilliance of this new paradigm is that it aims to solve inefficiencies instead of punishing bad behavior. Front-running tactics on the Ethereum network will most likely always exist. But through the right incentives they can channel that behavior into a transparent and democratic system that allows more participation in the MEV market.

Instead of relying on slow bureaucratic officials to punish bad behavior, it restructures the incentives to reduce negative network effects and make MEV more decentralized. It’s not guaranteed that every validator will adopt Flashbots after the merge. But if it increases staking yields and decreases the negative network effects of MEV, validators will risk losing stakers if they don’t engage with Flashbots or an alternative MEV solution.

Figment recently announced that it will integrate MEV-Boost into its Ethereum validators. So far, they have successfully tested MEV-Boost on Goerli, the final testnet that was conducted ahead of the Ethereum Merge. So far their studies have shown that the upgrade will significantly boost staking revenue. But it will also allow Figment’s ETH customers to participate in MEV.

“Education is important. Flashbots makes research available, and creates open solutions where you can see MEV extraction. It helps you see what’s going on, offering a balanced view that recognizes both positives and negatives. Education and open discussion is also important,” said Ellison.

There is a lot of noise and not so much signal in this space. As ETH moves to PoS, people should be making better decisions on who to work with as far as infrastructure providers go. You can see the negative aspects of MEV, and now you can make your own choices as an ETH token holder. Figment is working hard to help people make informed staking decisions. They not only published their MEV policy ahead of the Merge, they also hosted a Twitter space to help their community better understand the changes.

Currently there is no pressure for miners to share MEV rewards. Validators, on the other hand, arguably face higher reputational risk. As a result, once validators take over for miners post merge, competition is more likely to result in MEV rewards being shared around more broadly than they are today.

The post New Flashbots Upgrade Could Revolutionize Crypto Markets After the Merge appeared first on Blockworks.