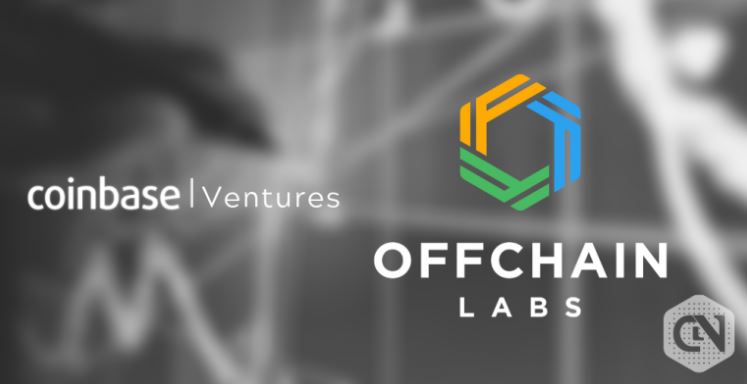 Many likely see Coinbase only as a cryptocurrency exchange, but it has grown into so much more. Coinbase Pro, for example, is a platform designed for institutional investors, while Coinbase Ventures looks to invest in new blockchain and digital currency-based startups. While the company isn’t telling us how much it’s putting into Off Chain, it says the funds are designed to boost the company’s growth and intrigue more people into getting involved.

Arbitrum makes Ethereum contracts faster, more scalable and more private. It’s compatible with Ethereum, so it’s easy for developers to adopt. Our main challenges have been in engineering a system that is reliable and secure enough for use and eliminating performance bottlenecks.

The announcement comes just as Ethereum co-founder Vitalik Buterin is claiming that the Ethereum network is no longer scalable. The blockchain has become the most popular for developing new applications and tokens given Ethereum’s smart contracts capabilities. Unfortunately, so many new coins have led the network to become heavily congested, leading to slow transaction times and high gas fees among other problems.

While the platform is still leading the way when it comes to decentralized apps, many competing blockchains, such as EOS and TRON are being marketed as potential alternatives to Ethereum and advertising themselves as faster and less impacted. Thus, Ethereum has been on the verge of losing several new developers and projects as of late.

Perhaps Arbitrum can change all this and make Ethereum the leader it was once again. Off Chain Labs says this new platform can easily be integrated into virtually any Ethereum-based application. It can process as many as 500 transactions per second by utilizing either state channels or sidechains with similar technology to Ethereum.

The platform’s biggest claim to fame is a feature known as the “Any Trust Guarantee,” which states that so long as validators are being used for honest and true purposes, the decentralized apps utilizing them will execute properly.

This Is Different from Other Platforms

This contrasts with other systems that try to gain scalability through a majority voting system among validators. In these settings, it becomes a complicated calculation on knowing who to trust.

More and more companies are looking to implement private blockchains so that they can obtain necessary information confidentially, though the process has been relatively slow given how few companies trust blockchain when compared with traditional software networks.