For the past few years, the Venezuelan economy has been rocked by political and economic instability that has led to shortages of food and medicine, nationwide blackouts, riots and unstoppable hyperinflation that rivals that of the Zimbabwe dollar in the 1990s.

Hyperinflation in Venezuela is so bad that most citizens have to spend all their money immediately because if they hold off for a few days the currency will continue to lose value against the rising price of basic daily staples. 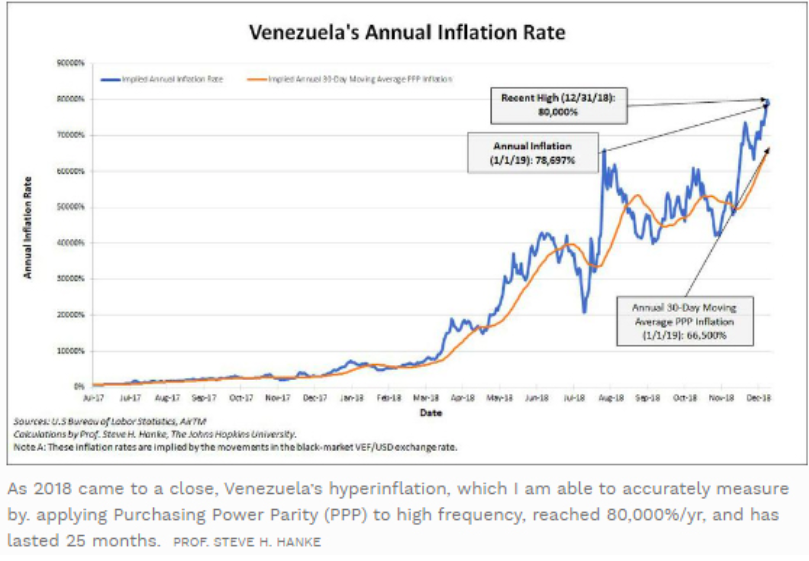 The majority of Venezuelans do not trust the bolivar, and in the past those who were unable to spend their income on the spot sought to purchase gold or the US dollar as a hedge against inflation.

Both options come with risks as organized crime and price gouges are always prepared to take advantage of those holding physical currency.

Crypto Finds a Real World Use Case in Latin America

Fortunately, cryptocurrencies are easier to ‘hold’ and have become a safer option embraced by a growing number of Venezuelans. Both Dash and Bitcoin have become popular mediums of exchange and store of value currencies.

In the country there is still not enough adoption of bitcoin, because with few exceptions, cryptocurrencies, including bitcoin and altcoins, are, in most cases, a proxy currency (substitute) to facilitate fiat exchange, with the USD-VES pair being the most traded, but without being able to set aside the VES-CLP (bolivars in Chilean pesos), VES-COP (in Colombian pesos), VES-ARS (in Argentine pesos), VES-BRL (in Brazilian real) and VES-PEN (in Peruvian sol) pairs.

Interestingly, a Rhythm, a popular crypto analyst recently tweeted that if a person held $1 million worth of Venezuelan bolivars since 2013, this amount would now be worth less than $0.37. 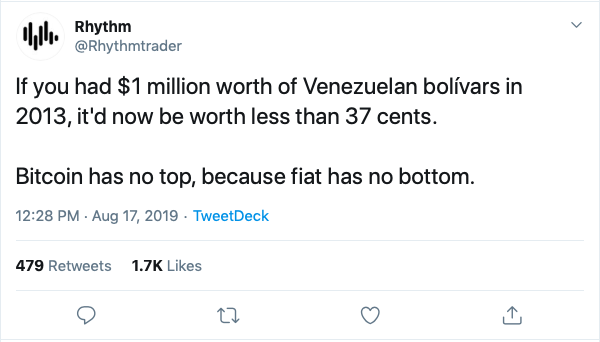 Bitcoin might not have reached the level of mass adoption in Latin America, but if the situation doesn’t change it appears that will only be a matter of time before it does.

Do you think Bitcoin mass adoption will first occur in Latin America or a different region? Share your thoughts in the comments below!

Africa Is a Growing Hotspot for Crypto Adoption

Michael Saylor: US Inflation is +9.1%, It’s Only a Matter of Time Before The World Discovers 1 BTC = 1 BTC.