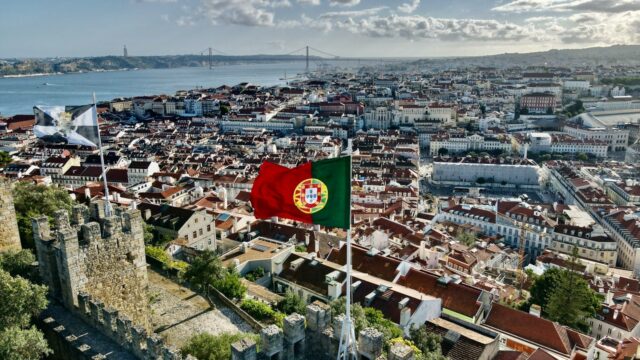 Earlier this month, on May 13th, the country’s Minister of Finance, Fernando Medina, established that Portugal would soon commence cryptocurrency taxes.

In his statement, Fernando emphasized that various countries have developed solid models in their crypto taxation. Therefore, the Socialist Party should also take steps toward building its model.

He also noted that the country declined in taxing digital fortunes created within seconds and over the internet but are rock-solid energy-related VAT. In addition, he stated that the government refused to increase its minimum wage amid the glaring inflation.

Portugal is, by far, one of the most cryptocurrency-friendly countries in the world. It is so because Portugal doesn’t recognize cryptocurrencies as digital assets but as a payment gateway. So even though the country doesn’t use cryptocurrency as a legal tender (such as the euro), Portuguese residents can still trade with it.

In addition to that, the Portuguese can also interchange their cryptocurrencies with the euro. However, as we’ve previously stated, since crypto isn’t recognized as a fiat currency (or legal tender), it can’t be used by the government to pay fines and taxes.

Howbeit, last week, the country’s Finance Minister announced that the government would soon enforce its tax on cryptocurrency projects within it.

Since Portugal is known as one of the most crypto-friendly countries within Europe and worldwide, it provides excellent access for crypto investors and projects to relocate and leverage the vast opportunity. But this homely welcome toward crypto might be short-lived, and it may be because of the sluggish government.

The country’s Republic Assembly’s deputy assistant, Mariana Mortagua, requested more studies and research on how other countries have run taxation on cryptocurrencies. She stated that this would move Portugal into a better outlook with new legislation.

Currently, the federal government is facilitating a debate concerning its budget for this year, called ‘State Budget for 2022’. Federal Deputies have declined various taxing proposals from several parties, including two leftish parties.

Related Reading | Balenciaga To Accept Bitcoin And Ethereum Payments In The U.S.

Eco Sapo, a national media agency, was the one to announce that among the list of rejected proposals were the bills to impose taxes on residents and entities within the country, which have a limit of £5,000.

Chinese leading Tech company, Xiaomi, has officially supported BTC, ETH, and other altcoins to facilitate payments. Besides that, the Portuguese soccer team had also just signed a partnership deal with Socios crypto project to provide disbursement of the native Fan tokens.