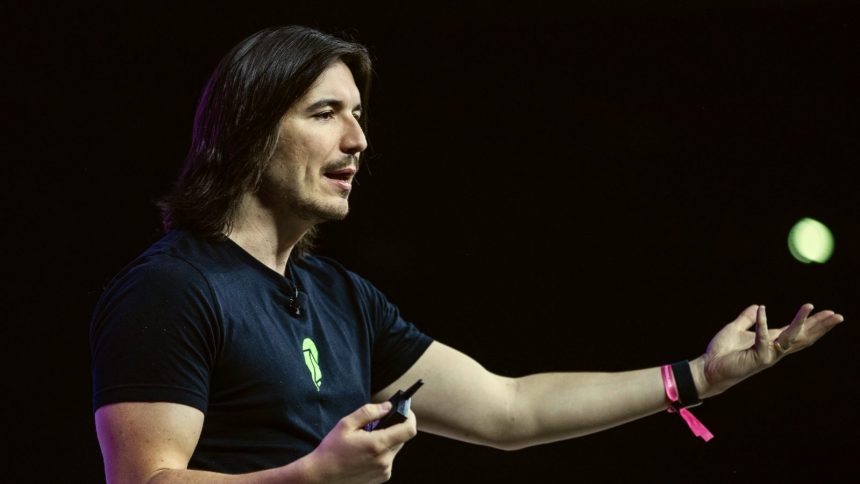 Ten thousand Robinhood users who joined the waitlist in May will be able to beta test the product, the company said. The new product, called Robinhood Wallet, will support Polygon’s proof-of-stake chain as its first blockchain.

“We chose Polygon due to its scalability, speed, low network fees, and robust developer ecosystem to provide one of the best trading experiences for customers,” Robinhood wrote in a Tuesday blog post.

Polygon also became the first Ethereum-compatible blockchain, after Ethereum itself, to be supported by Coinbase for withdrawals and deposits of ether, Polygon’s native token MATIC, and the USDC stablecoin, in June.

Robinhood plans to eventually make its wallet a multichain product, the company added, and open the wallet to more users.

The news comes shortly after Robinhood announced a roughly 23% decrease in its staff after a round of layoffs in August. At the time, the stock and crypto trading platform said it estimates its total 2022 operating expenses to be roughly $1.7 billion, a nearly 10% decrease from the year prior.

The headcount reduction did not slow the company’s crypto expansion plans, but deteriorating market conditions have dampened investor interest in digital asset investments.

In April, Robinhood agreed to purchase UK-based crypto exchange Ziglu for $170 million, before reducing its offer to $72.5 million in August.

“The board has spent significant time in discussion with Robinhood’s CEO and executive team negotiating and improving the terms of their revised offer,” Ziglu founder Mark Hipperson wrote in a letter to shareholders at the time. “Based on these discussions and other considerations, we believe the revised proposal…is the best and only reasonable path forward for the company.”

Robinhood, which has offered cryptocurrency trading since 2018, first announced its Robinhood Wallet plans in May. As of the second quarter of 2022, Robinhood currently has 14 million active monthly users, a 1.9 million decrease from the quarter prior, according to its latest earnings report.

The platform did not reveal how many customers trade crypto, but it noted that cryptocurrency transaction-based revenue increased 7% from the first to second quarter.

Co-founder and CEO of Robinhood Vlad Tenev said the goal of the product was to simplify the often “clunky” and “cumbersome” design featured in decentralized finance, Web3 and

“There’s got to be a way to get all the security and privacy benefits of self custody with the low-cost simplicity and mobile-first design that you’re accustomed to with TradFi products,” Tenev added.

Robinhood is still accepting users to the Wallet waitlist, the company said on Twitter, but did not reveal when the program will become widely available.