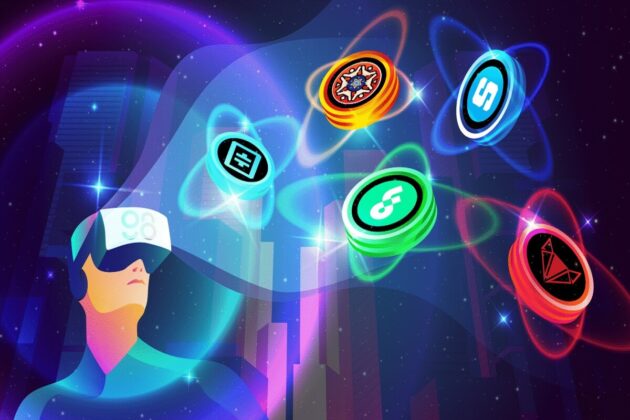 From having their own Metaverse store coined as Samsung 837X in January 2022, Samsung now throws in $25 million in DoubleMe, a metaverse startup based in South Korea.

Some of the big companies in South Korea with the likes of Coentry Investment and NH Investment have also shown massive support for DoubleMe in terms of funding.

DoubleMe is the brainchild of Heeyoung Kim, Michael Kuczynski, and Albert Kim. The metaverse startup was established in 2015. It primarily focused on providing innovative solutions in the crisp conversion of 2D to 3D videos.

No doubt, DoubleMe is seen as an incremental piece of the block in the metaverse market scene. When the company launched TwinWorld, a metaverse platform focused on Artificial Intelligence (AI) and Augmented Reality (AR), everyone was fixated on DoubleMe.

They knew it will grow as a behemoth in the crypto and Metaverse scene. TwinWorld has since then ignited a lot of attention from potential users, partners and investors.

The startup’s focus with AR is to form that synergy connecting the physical and virtual dimensions. And the generous funding from Samsung is a huge help to speed up the company’s growth.

The funds are geared towards improving marketing, staffing, product development, and the like. Furthermore, TwinWorld is expected to morph into its commercial version very soon.

DoubleMe, now worth $4.5 million, is growing steadily and Samsung’s new funding investment is pivotal to scale.

The South Korean government and private corporations are fully vested in NFT and Metaverse. It isn’t an exaggeration as South Korea has mapped out a five-year plan to make the country the world’s leader in Metaverse.

Around 200 businesses in South Korea signed up for this. It’s bound to happen for the country. The massive crypto adoption in the country opened doors towards technological opportunities in the metaverse and NFT space.

The big players like SK Group, LG, and Samsung have projects lined up as early as now that are focused on the Metaverse and NFT markets.  DoubleMe has gained tremendous traction with the seed funding they have received from the participating companies both locally and internationally.

Samsung has invested in a technology funded on dreams. Forward-thinking companies like DoubleMe and Samsung are making the future happen too fast right here and now.