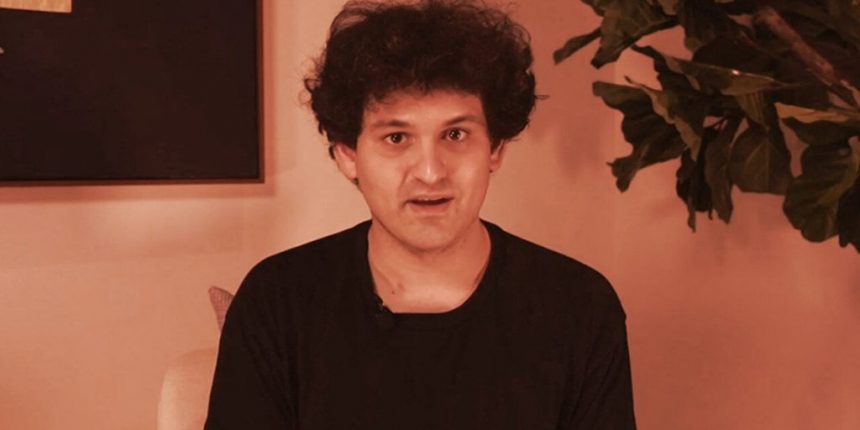 SHARE
Contents
What else did SBF say?Stay on top of crypto news, get daily updates in your inbox.

As the collapse of FTX continues to cast a shadow over much of crypto, former Chief Executive Sam Bankman-Fried stepped into the media spotlight.

The befallen crypto tycoon fielded a series of questions from Andrew Ross Sorkin of The New York Times at the publication’s annual DealBook Summit. Bankman-Fried, also known as “SBF,” attended the conference virtually from the Bahamas.

“I didn’t knowingly commingle funds” he said. “It was, in effect, tied together substantially more than I would have ever wanted it to be,” he said in reference to the relationship between FTX and Alameda Research, a crypto trading firm he also founded.

On-chain data, however, suggests that may not be the case, and that FTX and Alameda have been closely intertwined for some time.

In its investigation of the collapse of FTX, and its relationship to the implosion of Terra earlier this year, blockchain analytics company Nansen concluded that Terra’s demise “revealed a deep flaw between Alameda and FTX’s muddled relationship.” Researchers for Nansen added: “There were significant FTT outflows from Alameda to FTX around the Terra-Luna/3AC situation.”

A subsequent report from crypto data firm Glassnode echoed those findings, with its own researchers suggesting that the collapse of FTX was “inevitable” given what historical blockchain records of transactions between Alameda and FTX demonstrate.

The conversation today with Sorkin represented the most prominent media appearance SBF has made since the implosion of FTT–the exchange’s native token–resulted in a flurry of withdrawals that caused the company to buckle. The exchange, which was valued at $32.2 billion, shuttered just a handful of days after its sister company Alameda’s balance sheet was leaked.

Those financial records revealed that Alameda’s assets were largely made up of FTX-issued FTT tokens and other highly illiquid digital currencies. Following the leak, Changpeng Zhao, CEO of rival exchange Binance and a former investor in FTX, announced that his company would begin selling its share of FTT tokens, which it received as part of its divestment from FTX last year.

Zhao’s move shook consumer confidence in FTX, and as investors rushed to sell their own FTT tokens and withdraw funds from the exchange, the run forced FTX to admit that it did not hold one-to-one reserves of customer assets, ultimately leading to its collapse.

When FTX filed for Chapter 11 bankruptcy earlier this month, SBF was replaced by John J. Ray III, who oversaw the bankruptcy of Enron and other major corporate failures. FTX’s new leader has called the situation “unprecedented” for the company’s lack of clear financials or corporate controls.

At one point in the interview, SBF said he was still “looking through what happened” to the exchange, despite not having a position at the company anymore.

Before launching FTX, SBF founded the trading firm Alameda Research. While he had maintained the two entities operated separately from each other, it has since been revealed that billions of dollars worth of customer funds from FTX had been loaned out to Alameda to compensate for the firm’s trading losses.

SBF is being confronted with concerns of fraud and mismanagement in the wake of his exchange’s collapse. Reporting for Reuters alleged FTX had a “back door” built into it that enabled funds to be funneled away without raising red flags. SBF has denied the allegations.

The day FTX filed for bankruptcy, $650 million in crypto assets went missing from the exchange, and it remains unclear how the funds were taken from FTX. In an interview with Tiffany Fong published Tuesday, SBF suggested it could’ve been a former employee or someone who had installed malware on a former employee’s computer.

The company currently owes its largest creditors over $3 billion and its demise had led to fears of contagion within the industry. The loss of funds caused crypto lender Genesis to pause withdrawals, citing “unprecedented market turmoil,” and forced BlockFi to file for bankruptcy on Monday.

FTX had grown rapidly to become the second-largest exchange after it was launched in 2019. It had cemented itself as a recognizable name in crypto through Super Bowl advertisements, celebrity endorsements, and securing the naming rights to the stadium where the NBA’s Miami Heat plays.

Prior to his downfall, SBF drew comparisons to John Pierpont Morgan for his role in bailing out embattled companies native to the industry during this summer’s crypto meltdown. In recent weeks, his legacy has been likened to fraudsters such as Elizabeth Holmes and Bernie Madoff.

SBF said his bailouts from over the summer were not intended to preserve the value of FTT and maintained they were for the sake of the industry. “I wanted to keep the industry stable, but I didn’t think it had any FTT-specific impact,” he said.

What else did SBF say?

On regulation: “There’s a bunch of bullshit that regulated companies do to try and look good,” he said, adding FTX was engaged in cultivating a favorable public image similar to that of other large companies.

Reflecting on the crash: “I’ve had a bad month,” he said, to which the DealBook crowd laughed in response.

On philanthropy: “My donations were mostly for pandemic prevention,” he said when asked about the nature of his donations to various political campaigns. “It was on both sides of the isles. I was not viewing it as a partisan exercise.”

SBF said that the donations he made came from profits, not customer funds.

SBF was asked questions about funds he gave to different media companies and whether he was giving to them to get preferential treatment in the press.

“I was looking to support journalists doing great work because I think what they do is really important,” he said, adding the media focus on him has been just. “I think it’s healthy for the world that there is real investigative journalism.”

On real estate in the Bahamas: “It was not intended to be their long term property,” SBF said in reference to his parents’ property in the Bahamas. “I don’t know how that was paid for.”

On risk management: “A lot of what we ended up doing and focusing on was a distraction from one extremely important area, and that was risk,” he said. “There absolutely were management failures.”

“I think a lot of [the issues] were on the risk management side.”

On the polycule: “There were no wild parties here,” he said. “We would play board games.”

On amphetamine use: “I have been prescribed various things at various times to help with concentration,” he said. “I wish I had been more focused over the past year.”

On whether he’s ever lied: “There were certainly times … when I acted as a marketer for FTX.”